The Android platform is filled with a variety of apps ranging from games to art based, so there’s never really a shortage of the best cartoon photo app. However, there are several apps to make your own art, but given the sheer quantity of apps available out there, it can sometimes be quite difficult to pick the best app suited for your liking. On the other hand, what if you don’t necessarily want to sketch on your phone (because it’s a tedious process), but simply want to convert some of your photos to make them look like they’ve been sketched?

Well, there’s a remedy for this as well, and it’s as simple as downloading an app from the Play Store. But which app? Well, that’s what we’re going to help you with. In this article, we’re going to talk about five photo to cartoon drawing conversion or filter apps that you can get your hands on right now. Most of these apps are free to download, but you might be required to make a small purchase to get the full list of features. 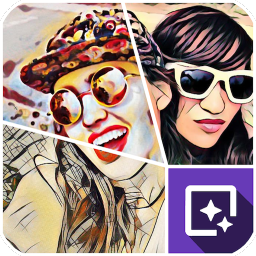 This app is as easy as they come in terms of operating it. You simply have to take a photo and put it through the app’s conversion process for it to return a beautiful sketch of the picture. It uses artificial intelligence to convert your photos, so you’re assured to get a very accurate and precise sketch conversion. If you’re not necessarily looking for detailed editing, but simply for some filters, the app will cover you here as well. There are several filters to choose from, giving you the liberty to share them on all major social media networks right within the app.

The app will let you convert your photos into art forms in the styles of Van Gogh, Monet, Leonardo da Vinci, Michelangelo, Picasso, Raphael, Rembrandt, Dali and several others, so there’s surely no shortage of available filters here.

It’s important to note here that the photos that go through the grinder aren’t shared with third parties, so you can be assured of your privacy being secure. The free version of the app lets you convert photos into HD resolution sketches while the “Pro” version gives you the ability to get photos in Full HD resolution. There are some other benefits of getting the Pro license, which makes it worth your money. But we suggest users try the free app first and only then make the purchase. The free version also has ads on board. This app takes a more social approach to creating your stickers. Besides, the app also lets you create animated emoticons to use everyday. The presence of these features makes it a popular app among photo editors. You can create cartoons or emoticons using a variety of categories, so there’s never going to be a shortage of categories to try out. Backgrounds on the app keep changing every day, keeping things fresh for frequent users of the app. Much like Bitmoji, you can create a whole new avatar for yourself that can be shared around on social media.

The app has been downloaded nearly 100 million times on the Play Store, which speaks volumes about its popularity. Users only have good things to say about the app, making this a pretty special app overall. The app is free to download, but like with any other photo editing app, there are ads and in-app purchases on board. It is compatible with a variety of Android smartphones and tablets, so users don’t have much to worry about with regards to compatibility. Be sure to check the best cartoon photo app out from the Play Store. 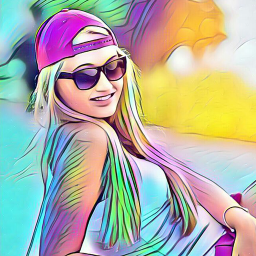 This is a standard filter app with some interesting additions on board. Unlike standard filter based apps, however, ArtistA comes with an artistic touch to it. It has been designed to give users the feel of a real sketch or a cartoon. The filters are mostly based on artists’ works, making it a pretty incredible app overall. Naturally, your work can be shared around on social media once you’re done editing using the onboard filters. If there’s one complaint with the app, it’s that there are way too many ads thrown at the users’ screen. Unfortunately, there is no way to turn off ads right now, as there are no in-app purchases. The app is a free download, and is compatible with devices running Android 4.1 and up. The name leaves no mystery about this app’s function, and it comes with a range of features to make it more than just standard sketching or filter app. While there are colorful filters available, the fact that it comes with a conventional pencil filter is what makes this special in my book. Most art is drawn spontaneously, so by using the pencil filter, users can give people an impression that it’s an actual sketch by a popular artist.

In addition to the features we’ve mentioned here, the best cartoon photo app also lets you fix up your pictures. Features like teeth whitening, removing the blemishes, etc. go a long way in enhancing your appearance. Much like any other photo editing app, you’re free to draw over the sketch and even add sentences/captions a you see fit. It’s a fun app to use, and we strongly recommend our readers to try it out.

This has been rated as the best app in several countries, which is saying something about its performance. It’s incredibly easy to use, and the features don’t take a lot of getting used to. You can convert your photos into pop art, cartoons, conventional art, and a whole lot more. It also comes with a handful of holiday-themed filters to keep things exciting throughout the year. I should mention, though, that some of the features used by the app are similar to that of Prisma, which is a widely popular photo editing app.

The developers are constantly adding more filters, which is what makes it an incredibly versatile offering. Given the number of filters on offer here, you are unlikely to get bored of the app soon. You can use the onboard selfie filter to see what your converted picture will look like. It’s a free to download app, although there are ads on board. The in-app purchases on board will help you get rid of the ads and also unlock a handful of features. The app requires devices running on Android 4.0 and above. It has been downloaded nearly 50 million times, which makes it incredibly popular among similar apps.