The stock camera in your Android device does a decent job, but the best android camera app will offer so much extra functionality that it would be a shame not to try at least a few of them. To get you started, we have selected top 5 best camera apps in 2022 for your Android device. Some cater to professional photographers who want to play with as many settings as possible, while others are perfect for selfie addicts.

If you would like to save storage space on your Android device and install just a single camera app, Camera FV-5 would be our top recommendation. This mature camera app has so far been translated to more than 30 languages and downloaded by almost half a million of users.

Forget about other camera apps—Camera FV-5 comes with built-in intervalometer for time-lapses, support for long exposure, easy-to-use scene modes, post-processing tools, and other useful features. Just be aware that not all Android devices are supported equally well, so you should use the trial period provided by the Play Store to your advantage. 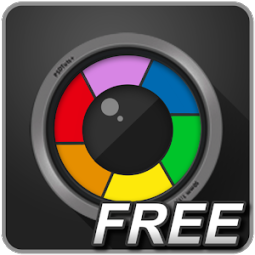 Aimed at beginners and pro users alike, the Camera Zoom FX app is one of the most downloaded camera apps on the Play Store. It comes with full manual controls and a lengthy list of powerful features, covering everything from raw capture to voice-activated shots, time laps, HDR, collages, filters, spy shots, and many others.

The simple user interface makes it easy to access all features of the app with just a few taps on the display, and the developers offer several downloadable packs which make the app even more capable than it already is. Make sure to also check out the premium version of the app, which is frequently on sale for just a few dollars. 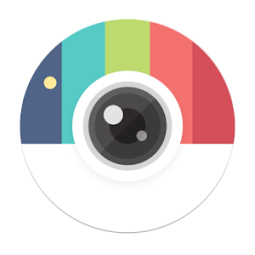 Most of the 7 million+ people who have already downloaded and used Candy Camera agree that it’s the best selfie camera out there. At the core of the best android camera app are real0time filters, which can be applied with a single tap on the screen. Try as many of them as you want until you find the look you are looking for. From there, you can make minor adjustments using the built-in beauty functions, including editing tools for concealer, lipstick, blush, eyeliner, mascara, slimming, and whitening.

Once you’re finished, you can add stickers to decorate your selfies or tell a message. It goes without saying that sharing on social media sites is fully supported. If you like selfies but often feel embarrassed taking them in public, the silent mode will be your new best friend. 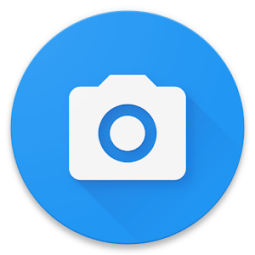 Those of you who love to tinker with technology should try Open Camera. As the name suggests, this camera app is completely open-source, which means that you could download the source code and modify it to your heart’s content. That would, of course, require extensive knowledge of programming, but you can get far even without it. The best android camera app is meant to be fully customizable, making it possible to change the GUI, adjust the camera settings, connect external microphones, and more.

If you like the app, you can donate your time and expertise in many different ways. As a coder, you could work on new features for the app; as a bilingual person, you could translate the app to different languages; as a regular user, you could simply submit bug reports and give the developers some feedback.

You may think of Snapchat more as an instant messaging app rather than a camera app, but more and more people use Snapchat on the daily basis to take Snaps with fun filters and special effects. According to a recent survey, 71% of users use the app for its chat, messaging, and imaging services. Beyond these features, Snapchat can also be used various events, published features, and media content, although one quarters of those surveyed were not familiar with these features.