Amazon has freshly updated the Fire HD 10, making it the first time since 2017 to get a formal hardware refresh. While most of the features remain the same, the Fire HD 10 now comes with a USB C port by default, offering you the ability to connect compatible fast chargers while also providing faster data transfer speeds. The update also brings a new processor as well as a bigger battery which should hopefully make the tablet last longer than the older models.

Speaking of the battery, Amazon now claims that this tablet can run for around 12 hours of mixed usage, including video streaming and browsing, which is fairly decent for a budget tablet. In the processing department, the older quad-core processor is paving the way for a new 2 GHz octa-core chip, which should significantly enhance performance on the tablet. 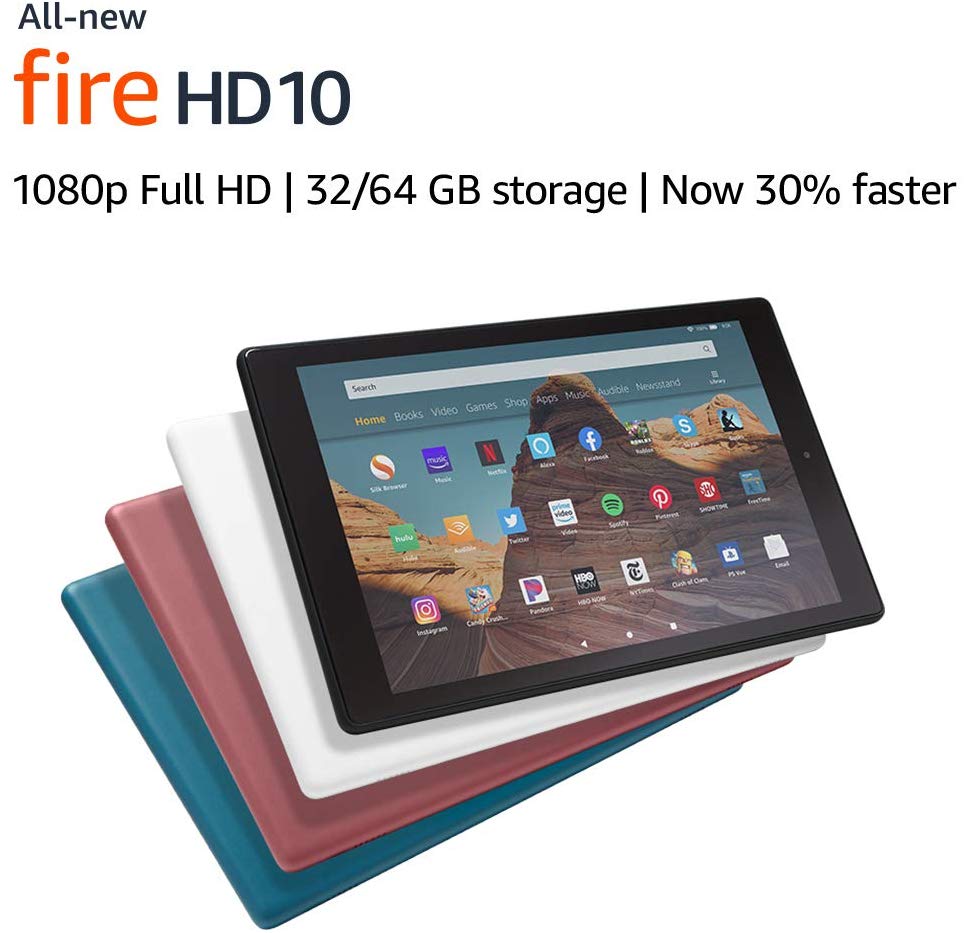 Much like older models of the Fire HD 10, Amazon also unveiled a Kids Edition bundle that will come with a free year of FreeTime Unlimited, a separate standing case for the tablet, and guaranteed replacements by Amazon. This tablet will be available in Black while it will be sold with kid-friendly cases in pink, blue or purple. The standard Fire HD 10 will be sold in Black, Purple, White, and Blue colors.

The tablet retains the rest of the features that we grew accustomed to like expandable microSD storage space, support for Amazon Alexa, as well as Dolby Atmos audio and a 3.5mm headphone jack. Amazon is taking pre-orders for both versions of the tablet today with shipping expected to commence on October 30. You can pre-order the new tablet from the link below.