The Acer Chromebook R13 belongs to a growing list of Chromebooks with support for Android apps from Play Store. Apart from access to almost 3 million apps, the R13 also promises decent performance at an affordable price and the ability to turn the Chromebook into a tablet thanks to its 360-degree hinge. The question is whether this budget device can rival equally affordable Windows laptops and much more portable Android tablets. In other words, is it worth buying a single device that specializes in two things but doesn’t excel at either? 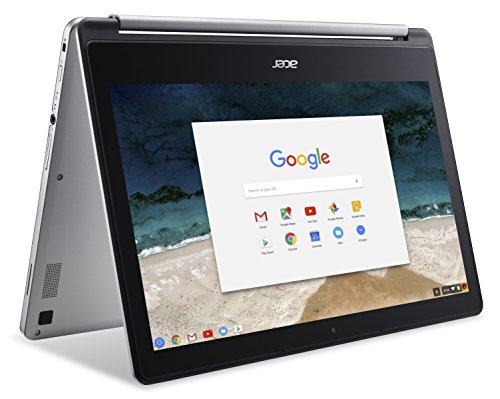 The Acer Chromebook R13 measures 8.98 × 12.83 × 0.61 inches, and its design reminds us of the Google Chromebook Pixel, which was released in 2013 and discontinued this year in March. Just like the Pixel, the R13 has a stylish metal body with chamfered edges and an island-style keyboard. The keys are not backlit, and they offer a typing experience similar to Apple or Lenovo laptops, which is to say excellent.

Under the keyboard is a large touchpad without dedicated buttons. Vent holes are nowhere to be seen on the laptop because the machine is fanless. Included on the left side is a microSD card slot, a USB 3.0 port, an HDMI port, and a USB Type-C port. The right is where you find a volume rocker, a 3.5mm headphone port, and the power button.

Overall, the Acer Chromebook R13 like a much more expensive device than it really is. While Acer is known for offering affordable laptops, they usually keep the price low by using plastic materials over aluminum. Because of how well Chrome OS runs on slower hardware, they were able to try a different approach this time around, and we like the result.

The Acer Chromebook R13 has a 13.3-inch Full HD display with high maximum brightness and multi-touch support. The display can be folded all the way back and used as a tablet thanks to the 360-degree hinge. You can also place the laptop keyboard-down and the display up, or you can use the laptop in the tent mode, which comes in handy in scenarios that require minimum interaction with the touch screen.

Out of all these modes, the tablet mode is perhaps the least useful because of the laptop’s weight. At 3.28 pounds (1.49 kilograms), the laptop starts to feel too heavy to hold after just a few minutes, especially when you hold it with just one hand and control it with the other.

The display has the ability to register up to 10 fingers at the same time, and it’s hard to imagine that it could be any more responsive than it already is. Whether typing on the virtual keyboard are scrolling on a web page, the display always responded without a hitch.

Built into the display is a 720p webcam with HDR and 88-degree viewing angle. It’s not the best webcam we’ve ever seen on a Chromebook, but it’s good enough for conference calls are everyday use. The webcam copes well with low light, and its focus is reliable despite not being very fast.

Chromebooks were never meant to do much more beyond web browsing. The thing is that web browsing in 2017 is an entirely different beast compared to web browsing just a half a decade ago. Modern web pages are complex and resource-heavy. Opening a few web pages at once is akin to opening a 100 MB-large Excel spreadsheet with macros. If you also consider that modern Chromebooks, like the Acer Chromebook R13, can run Android apps, performance suddenly starts to matter much more than it did when Chromebooks first hit the market.

The Acer Chromebook R13 has a MediaTek MT8173C quad-core processor and 4 GB of LPDDR3 onboard memory. In Geekbench 3.0, the processor scores around 3,500 points in the multi-core benchmark. In comparison, the Snapdragon 820, which is a last-gen high-end mobile processor, has a multi-core score of around 5,500 points. In other words, the Acer Chromebook R13 is less powerful than most modern high-end smartphones. Is it a problem? Not really, unless you expect miracles. A few tabs and a simple Android game is well within what the laptop can handle, and we suspect that’s about the extent of what most users will expect from it.

Other aspects of the R13 leave a little to be desired. The stereo speakers are placed at the bottom of the laptop and their sound quality and loudness are great. The 3-cell Li-polymer (4670 mAh) battery can power the laptop for up to 10 hours when used for web and multimedia. You might be able to even reach the stated 12 hours on a charge, but you would need to go really lightly on it.

The Acer Chromebook R13 runs on the same Chrome OS you may already be familiar with from Chromebooks such as the Asus Chromebook Flip or the Samsung Chromebook Pro or the Dell Chromebook 11, just to name a few. What the R13 has going for it is the ability to install and run Android app from Play Store.

Not all Android apps work flawlessly at the moment, but the compatibility is improving at a steady pace. You should be able to run all popular apps, such as Netflix, YouTube, Spotify, Slack, Outlook, or Kindle without any issues. Android apps make the Acer Chromebook R13 much more useful than it would be without them, and we would even go as far as to say that buying a Chromebook without support for Android apps doesn’t make sense anymore.

It offers decent performance, fantastic build quality, and the ability to run almost 3 million Android apps. No, it’s not as portable as tablets nor as fast as high-end smartphones, but neither of those aspects is a deal-breaker. The R13 is a beautiful metal laptop with a top-notch keyboard that’s perfect for web browsing, multimedia, school, and casual use. 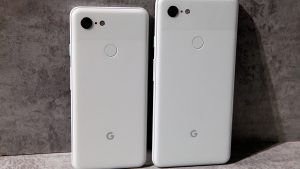 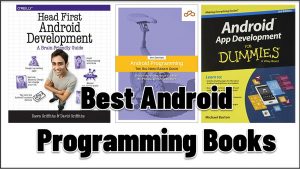 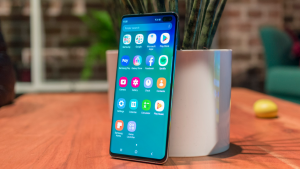 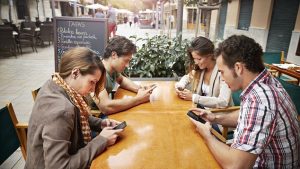