With Moto just a few hours away from unveiling its brand new Razr smartphone, some new images of the smartphone have surfaced online courtesy of the FCC. While multiple images of the phone have appeared in the past, this gives us our best look of the device yet, revealing what appears to be a USB C port which is in line with the current crop of flagships.

The images show how the phone uses a hinge mechanism to fold, which may somewhat increase the bulk of the device. Given the fact that it is expected to house an AMOLED display as well as a significantly larger battery than older Razr phones, we don’t expect the 2019 Razr refresh to be as razor-thin as its ancestors. Unfortunately, this leak doesn’t reveal what that mystery button on the phone does, nor does it share any details on the software front. 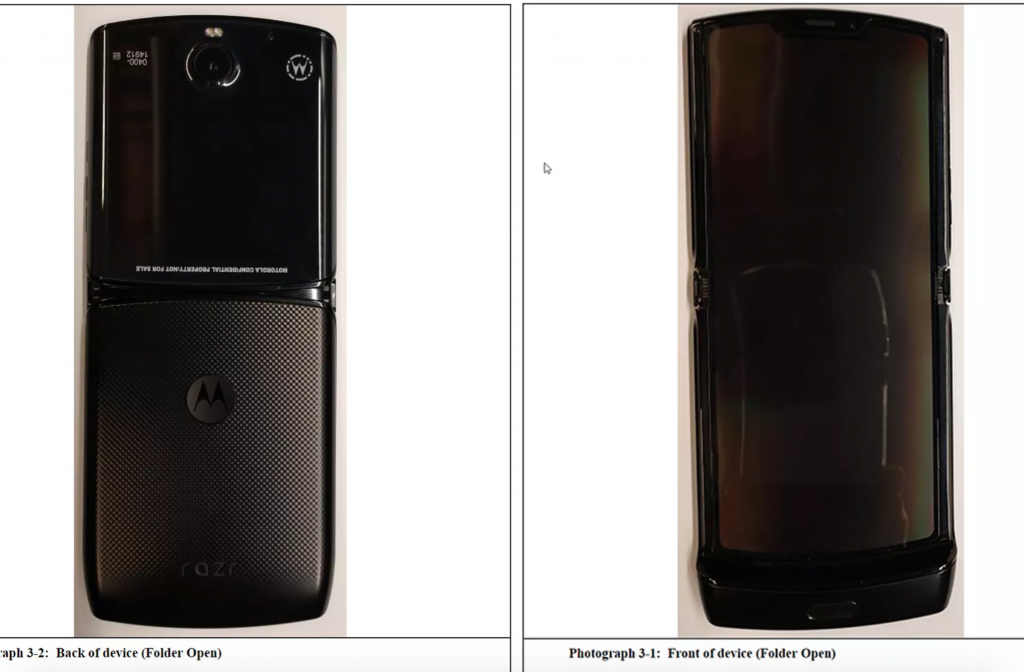 This phone is expected to run some version of Android underneath, given that Motorola makes only Android smartphones today. While some rumors have previously discussed the possibility of this phone running Android 9.0 Pie, we’re hoping to see it break cover with Android 10 out of the box.

The images also tell us that this phone will not have a headphone jack, limiting users to wired headphones or requiring an adapter to enable audio playback with a USB C adapter. Just like the original Razr, this phone is also expected to have a secondary display on the front, although it’s currently not known if this will be a touchscreen panel or a view-only notifications pane.