The Moto X4 has a lot going for it as a budget phone that almost anyone can afford. However, with that budget price point, you are missing many of the luxury or premium features that come with a mid-range or even high-end device. One of those is wireless charging, but luckily, you can add wireless charging to almost any smartphone with relative ease — all you need is a Qi receiver that you can plug into your smartphone, or in this case, the Moto X4.

So, after you get a Qi receiver, what are the best wireless charging pads to use with the Moto X4? That can be a hard question to answer, which is why we’ve constructed this list of the five best options available today. Let’s dive right in. 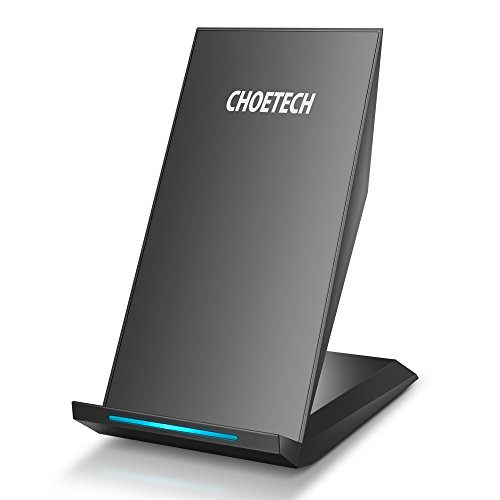 Number five on our list is the CHOETECH Fast Wireless Charger. We like this one because it’s a stand. It’s super nice for the professional who wants their device to charge but still needs to manage notifications and phone calls without interrupting charging. Someone calls? Answer it, throw it on speakerphone, and you can have your phone call while the Moto X4 continues to charge. It’s got several charging modes, which are automatically selected with AI, basing it on what the Qi receiver is capable of transmitting.

Samsung’s wireless charging pad comes up next on our list and is one of the best wireless chargers that you can buy today. Samsung has put some excellent construction into this wireless charger, giving you a premium-feeling device that rivals most others on the market. Not only that, but the Samsung Wireless Charging Stand has some excellent fast charging capabilities, which enable you to juice up your Moto X4 rather quickly. One of the other highlights of this charging pad is that it’s also extremely versatile, allowing you to use it in the default “pad” mode, or you can switch it over to a stand when you need to.

There are several safety charging features to keep both your Moto X4 and the wireless charger safe in the event of an electrical issue, such as over-charging or an electrical spike. 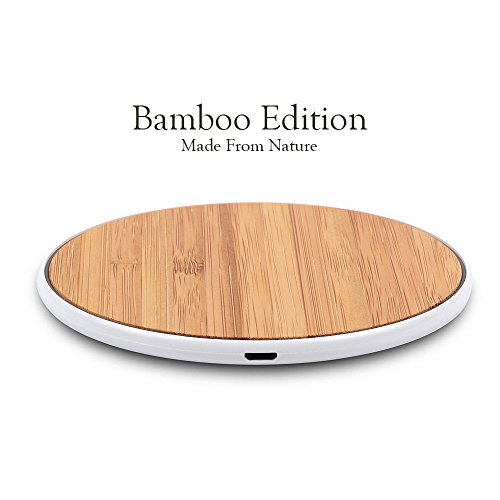 Coming in at number three, we have something unique — the SurgeDisk Bamboo Edition wireless charging pad. This one can charge your Moto X4 efficiently and with excellent reliability and speed; however, that can be said for most wireless chargers on the market that aren’t built with cheap construction. That said, what sets the SurgeDisk apart from the rest is the unique “Made From Nature” style. This one has a wooden construction, as opposed to the plastic/polymer that you’re used to seeing in wireless chargers. Wood is the primary material here, with SurgeDisk giving you options between a light bamboo or a dark walnut. 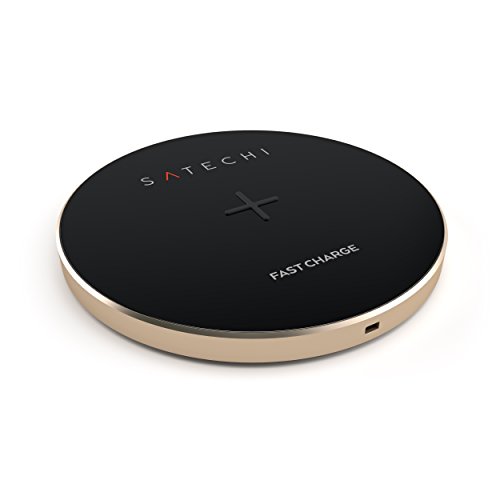 Coming in as our number two pick, Satechi has made some excellent strides in wireless charging technology here, primarily in design. The Satechi Fast Charge is very capable of juicing up your Moto X4 at quick rates — not only that, but it’s pretty energy efficient.

This one is similar to the SurgeDisk in its design, aside from materials used. It has much of the same form factor going on, giving you that same circular disc shape. That said, Satechi takes on a more modern approach with it — here you get aluminum construction, and then gold accents that make it stand out from the crowd. By default, the accents come in Gold, but you can choose from Rose Gold, Silver, and Space Gray options as well. 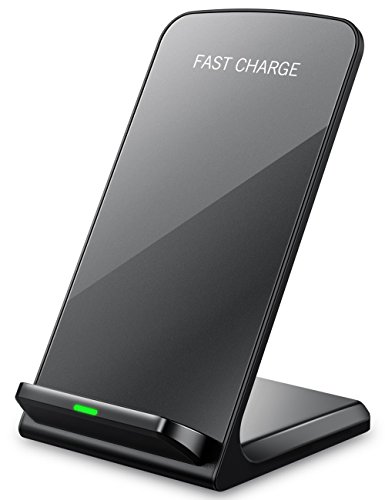 Coming in as our number one choice, we have the Seneo Wireless Charger. Like any wireless charger, just set your Moto X4 up on this one, and charging begins immediately. It’s safe to charge with this one, with several safeguards built right into the circuitry. This ensures that your phone and charger stay free from electrical problems. It is a Fast Charger, so you shouldn’t have a problem getting a quick charge out of your wireless charger.

Do you have a favorite wireless charger for the Moto X4? What is it? Let us know in the comments section below.