5G is the new hot wireless technology that everyone is excited about. With promises of extremely faster speeds, as well as consistent speeds in congested urban areas like New York City, it’s no wonder why people are anxious to get their hands on the upgraded network technology.

Unfortunately, rolling out a new network infrastructure is no quick process. So, at least for Verizon, it’s been a gradual process across the United States. Verizon has already implemented 5G in some areas so that customers can have a taste of what’s to come.

One of those areas is NFL stadiums, where thousands of people get to try out Verizon’s 5G tech, so long as you’re already on Big Red’s network. But what if you want to try it out yourself? Find out if Verizon has upgraded an NFL stadium near you with 5G tech below.

As carriers improve 5G and roll it out nationwide, more stadiums are bound to have access to the new wireless frequencies, but for now, there are a whole 13 stadiums equipped with Verizon 5G for testing. Among the most popular are Empower Field, CenturyLink Field, Gillette Stadium, and Lucas Oil Stadium. Here are all 13:

So if you’re ever at one of these stadiums, you should be able to take Verizon’s 5G network for a spin. It should be available while in the seating area of each stadium.

Verizon started rolling out 5G late 2018, but as of July, had 5G fully rolled out to Atlanta, Detroit, Indianapolis, and Washington, DC. They have at least thirty more cities that they’d like to bring 5G to by the end of the year, with a more broad rollout planned in 2022.

How do you use Verizon 5G in these areas?

Using Verizon 5G in these NFL stadiums does require meeting a couple of prereqs. To even connect, you will need a Verizon 5G-capable phone, of which there is only a couple right now — like the Galaxy S10 5G and the Note 10+ 5G.

After that, you should be able to connect up to Verizon 5G automatically. That is until Verizon starts implementing the new plan for 5G technology. We’re not sure when that will happen, but 5G will cost you $10 more per month to use the frequency.

As you can see, Verizon has plenty of coverage as far as NFL stadiums are concerned. There is a whole thirteen that Big Red made sure were upgraded with 5G before the NFL season started, giving consumers a chance to take the new technology for a spin.

So if you’re ever at one of the above stadiums, and you’re on Verizon’s network with a compatible 5G smartphone, you’ll be able to see what the new wireless frequency is capable of. 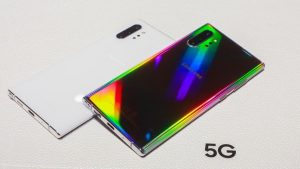