When a smartphone encounters issues with its hardware or firmware, it always has a tendency to shut down and would no longer power back on. But as long as it’s a minor problem, you should be able to fix it easily by doing a few basic troubleshooting procedures.

It is also equally important to know if the problem is caused by a physical or liquid damage because if it is, then the best thing you can do is bring the phone to a tech and have it fixed professionally. However, if the problem occurred out of the blue without apparent cause, then it’s probably minor, and if you’re one of the users with this problem, here’s what you should do:

If your phone has some signs of physical or liquid damage, then you need a technician to check it for you. While it can be tempting to know if it’s still capable of powering on, it’s best to just leave it powered off, especially in the case of the liquid damage.

However, if your phone doesn’t exhibit signs of physical and liquid damage, then you should try doing this procedure. The forced restart is actually an equivalent of the battery pull but since your Galaxy M32 doesn’t have a user-removable battery, you simply have to do the forced restart. Here’s how it’s done:

If you can make your phone boot up using this method, then it means that the problem is fixed. However, if it’s still not responding, then move on to the next solution.

If the first solution fails to make your phone respond, then the next thing you need to do to know if it’s still capable of turning on is to start it into Recovery Mode. It is a fail-safe for almost all Android devices and for Samsung phones, it’s easy to make them start in this mode.

But if it doesn’t make your phone respond as well, then try the next solution.

Third solution: Charge your phone and do the Forced Restart

After doing the first two solutions and your Samsung Galaxy M32 is still not turning on, then it’s possible that the battery is all drained. There are instances where the firmware crashes if you allow the battery to run out completely. That might be the reason why your phone no longer powers on, so here’s what you should do about it:

However, if this doesn’t fix the problem either, then it’s about time you have a technician check your phone for you.

We hope this helps. 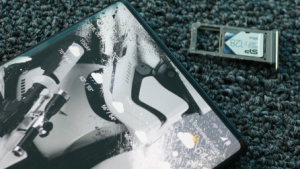 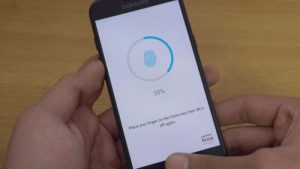