Printing technology has come a long way since the past few years. While it took up almost entire rooms to print paper, today, printing can be done in small devices, with most of them even offering the ability to print wirelessly. These printers have their pros and cons, but it’s clear that the advantages easily outweigh the disadvantages of these printers. There are a handful of printers available in the market today, and we’re going to help you pick the best ones out there. The choices we have are between the HP OfficeJet 200 and the Canon iP110.

Both offer wireless printing, which is a big bonus for those considering traveling and working on the road. These devices need to be charged up, though, so keep that in mind if you’re planning on getting one of these. HP and Canon are both pretty big names in the printer business, although it seems like the latter is more popular in the marketplace, while HP is mostly known for its computers and other peripherals. So without wasting any time, let’s dive right into this comparison. 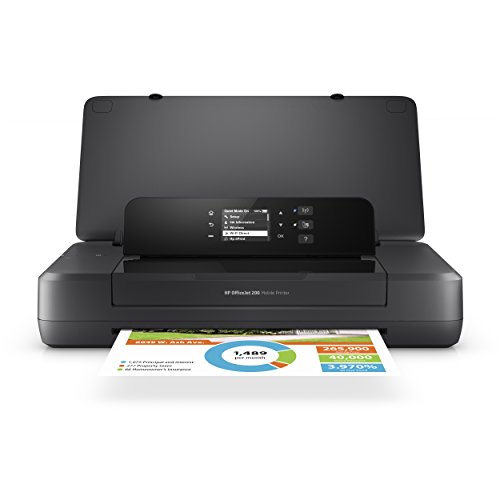 This lightweight offering gives you exactly what you need from a portable printer i.e. convenience. You can carry these around practically anywhere, although since it’s a printer, that is not particularly an option. But if you’re traveling a lot and want to get some prints done then, this printer is definitely meant for you. Since most mobile platforms (including Android) support wireless printing, you’re pretty much set here once you get the product. Bear in mind that getting the battery is optional and you might be required to pay extra. That’s not much of an inconvenience given that adding a battery significantly enhances the usefulness of this printer.

What we really like about the printer are the usual set of connectivity options including Bluetooth, WiFi, as well as conventional USB connections. The manufacturer claims that the page yields per cartridge is pretty high as well, so you’re going to save quite a handful of money with this particular printer. Getting decent yields with cartridges is one of the primary factors of any printers and it’s good to know that HP has got that covered here. You can even take printouts from USB flash drives, which makes lives incredibly easy for the customers. It also comes with a 50 sheet input tray, allowing you to store more pages than usual for your prints. It prints in color as well, so you’re free to print out your photos from your recent vacation. The cartridges for the printer can be bought directly from any electronics store, or you can get a bundle via Amazon.

Now for the cons. Well, to be frank, there aren’t many here to begin with. However, if we were to pick one, it would be the lack of a USB cable with the retail packaging. This means that users will have to use their own USB cable or get a new one to use the printer via USB. Also, even though it’s lighter than most printers, it’s not particularly the lightest. There are other printers in the market right now that have an even lesser weight. This shouldn’t be a dealbreaker, though, as the printer is still extremely portable.

While the price for this printer varies depending on the seller, Amazon is currently offering it for another price. This also includes one XL ink which will get you started on the printing process right away. It is recommended to get enough cartridges at a time to save the trouble of going to the store over and over again. You will be able to find multiple deals on cartridges online. 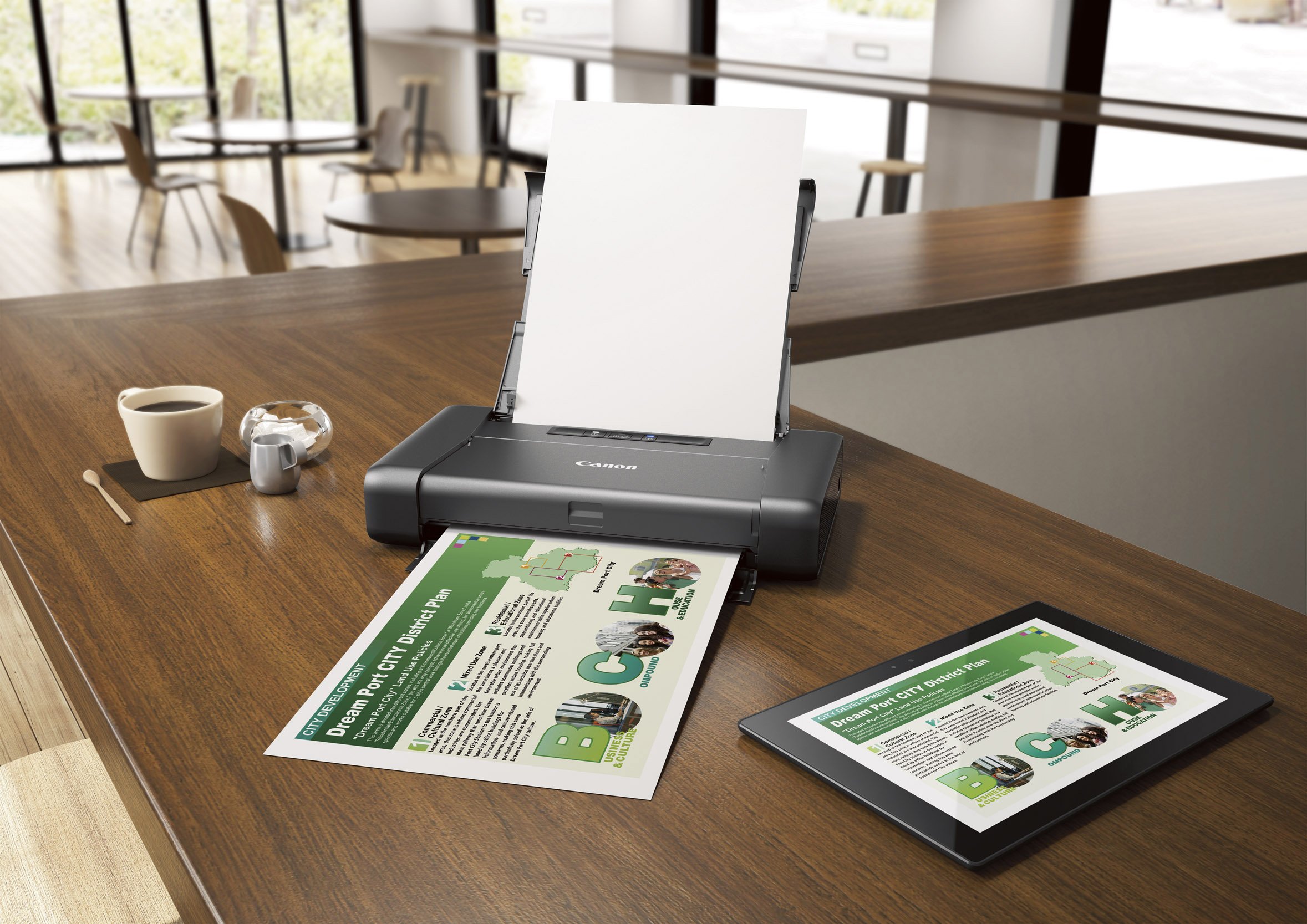 Canon’s no stranger to the printer business as it has been churning out printers year after year. I would suggest this printer for those willing to print full blown photos. Since it offers color printing, you can print practically anything. I can vouch for the printer quality since I have used one of these myself. Photos look absolutely stunning in these, so if printing photos is your primary purpose, this should fit in nicely in your home or office. However, it can also take conventional prints (documents, letters, etc), so it’s definitely not a one trick pony.

Using the company’s AirPrint technology, you can print your documents wirelessly. The company’s own version of WiFi Direct is on board, which will allow for easier printing of your documents. It must be said that this printer is extremely light, especially when compared to the HP offering. This along gives it a leg up over the competition. But with that being said, the Canon iP110 isn’t without its flaws. When it comes to portability, however, this offering is definitely on top here.

Although it can take 50 sheets at a time, it can sometimes perform a little slowly. This shouldn’t matter much if you’re just printing photos, but in an office like atmosphere, slow printing is definitely not going to cut it. The yield offered per cartridge is also relatively low compared to what the HP printer offers, which is another area of concern for prospective buyers.

The Canon iP110 is relatively cheaper than the offering we talked about above. You can get the bundle with the cartridge, which is a better option in our opinion. The printer and its cartridges/ink can be purchased from a retail store or via Amazon.

There are multiple factors to keep in mind before we decide a winner. Given that both printers serve different niches, it’s impossible to stick to one. Let’s put it this way. If your primary goal with a printer is to take quick photos while on the go, the Canon iP110 is the best you can do right now. It prints photos quickly, making it one of the fastest portable photo printers out there.

As for the HP model, it’s a slightly heavier offering which will fit in well in offices and other commercial areas where a lot of printing work needs to be done on a regular basis. If we’re going by the pricing alone, the Canon iP110 is definitely the winner there. But pricing doesn’t always reflect the quality of the product, so we’re not going to dwell too much on that.