Hearthstone is a free to play game introduced in 2014 that requires strategy and a little luck to win. This online collectible card game is developed and published by Blizzard Entertainment and is available for the Microsoft Windows, macOS, iOS, and Android platforms. It offers cross platform play which means players on any device can compete against each other.

Just like any physical card game, Hearthstone: Heroes of Warcraft allows you to customize your deck of cards to use against your opponent. This collectible card game is played between two players who must use their mana crystals to summon creatures or spells to attack the opponent. The aim is to reduce the life of your opponent to zero.

The very first collectible card game, also called as trading card games, was introduced by Richard Garfield in 1993. Magic: The Gathering allowed players to play with a pre-made starter deck with the option of customizing it with the use of booster packs. With so many cards available, a lot of playing styles and strategies were developed, making the game fun to play.

Unlike physical card games, Hearthstone Heroes of Warcraft, is played mainly using a computer or mobile device. Playing this game feels like playing an actual physical card game thanks to its great interface. The best part about this Blizzard game is that you can play it in your home on your computer or on the go using your mobile device. You will be pleasantly surprised at the way the game is played. There is enough depth to keep you entertained for a long time.

How to play Hearthstone Heroes of Warcraft

In order to play Hearthstone Heroes of Warcraft you will need to download it first. You will also need a Battle.net account so make sure to create one. Once the game has been installed in your preferred device you will be treated to an informative tutorial which explains everything about the game.

Although this is a free to play game that is playable in a casual gameplay you will need to acquire certain legendary cards to create competitive decks for use in a ranked game. To get new cards you will need to buy packs which contain random cards. This is why some players are saying that the game might be free to play but it is pay to win since you have to spend money to buy booster packs in order to create a good deck.

A Hearthstone game is played on a 1v1 battle between two opposing hero. It is a turn based game with each player taking turns playing their cards available in their hand. A player is represented by a hero, which is usually an important character in Warcraft lore. Each hero has its own specific class and unique abilities. A hero will have 30 health points and when this goes down to zero he is destroyed and the controlling player will lose the game.

During the start of your turn you draw a new card from your deck. You can use a pre-assembled deck or your own custom deck. Take note that certain cards will only work with certain hero classes so you should consider this when creating a custom deck.

You start the game with one mana crystal and gain an additional mana every turn until the maximum 10 mana is reached. To play a card, you must fulfill its mana requirements. Any unspent mana at the end of your turn does not carry over to the next.

The goal of the game is to reduce your opponent’s hero life to zero. You can do this by attacking using your cards.

Here are the conditions that needs to be met in order for the match to end.

Playing a particular hero type allows you to create powerful cards designed to work with their class. It’s therefore a good idea to get to know the classes available in order to know if they work well with your play style.

The Standard format only allows cards from the first two Standard years to be used in deck building. A card set rotation occurs every year in which the card set from the oldest Standard year is being removed from Standard play. The only way you will be able to use these removed cards is in Wild format. Take note that some of the most powerful cards in this game are found in older card sets.

These are the card sets that can be played in Standard format.

Madness at the Darkmoon Faire with Darkmoon Races

Forged in the Barrens with Wailing Caverns

United in Stormwind with Deadmines

The normal way to play Hearthstone is through a one on one match against a randomly selected human opponent. In this type of gameplay there is the Standard mode which uses cards from the core set along with expansion cards of the last two years. There is also the wild game which allows the use of all cards.

The Standard and Wild game mode can further be divided into Casual and Ranked matches. Casual mode allows for a more relaxed gaming atmosphere while Ranked mode allows you to climb the ranking system.

Some of the other multiplayer modes are as follows:

When playing Hearthstone on your computer you will usually experience certain issues such as the game freezing, lagging, or crashing. We have listed the troubleshooting steps you need to perform in case you experience any of these problems.

Making sure that your computer meets at least the minimum system requirements to play the game will eliminate most of the issues you are experiencing.

Does your Hearthstone game keep lagging? This could be due to a corrupted game file or outdated drivers. Here’s what you need to do to fix this.

After the latest update has been installed you should restart your computer then check if the Hearthstone lagging issue still occurs.

Scan and Repair your Hearthstone game

Run the game then check if the lagging problem still occurs.

Sometimes you will get disconnected from the game while playing it. Here’s what you need to do to fix this.

The first thing you need to do is to make sure that that there is no issue with the game server You can do this by visiting the Blizzard CS Twitter page as announcements regarding down time or maintenance will be posted here.

Sometimes the problem can be caused by your local network connection. To fix this you need to restart your equipment.

If your game keeps crashing then here’s what you need to do.

Run Hearthstone as an administrator

If the issue persists then you should try to repair the game or reinstall it. 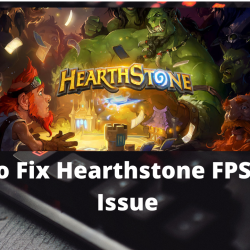 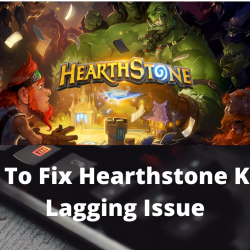 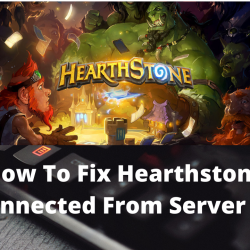 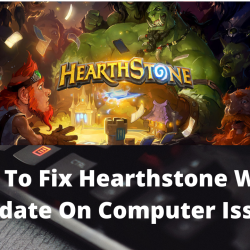 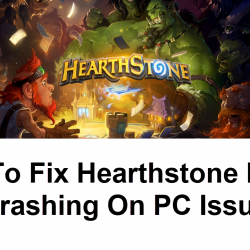