There are basically two issues with the Nexus 6P (#Nexus6P) that I will tackle in this post; not turning on and won’t boot up successfully. Before we go further into this troubleshooting guide, let me differentiate the two so that you’ll have a clearer picture why we do things the way we do. 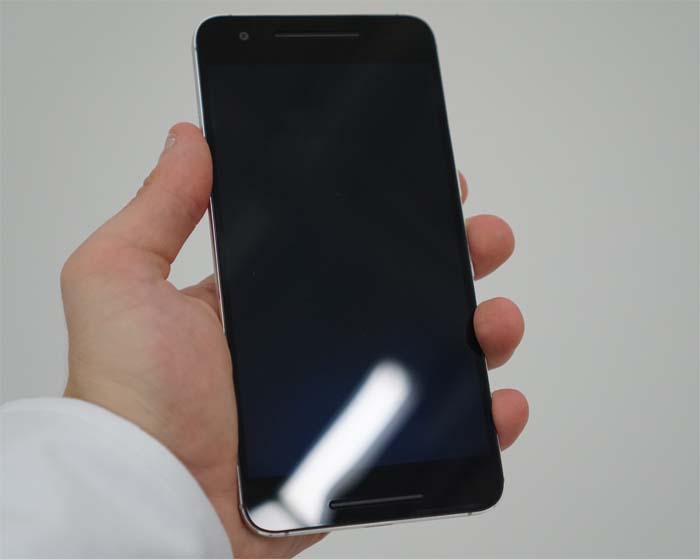 Below are some practical steps you can do to troubleshoot your Nexus 6P that’s not turning on. Try to go through each step as I explained briefly why they are important. I’ve also provided some FAQs in case you’re wondering about a thing or two.

If you press the Power key and your phone didn’t respond, do it again just to be sure the issue is not as simple as that. Try to put a little more pressure to the switch to see if the device responds. Being a technician for years, I’ve seen a lot of switch related issues; power keys that are about to get damaged need a little pressure to make contact.
It is indeed a very simple thing to do but it might just save you from all the hassles of doing further troubleshooting and going to a technician to explain what really happened to your device not to mention the service fee you have to pay if the damage is not covered with warranty.
Question: What might be the problem if the phone turns on sporadically?
Answer: It might be an indication that the Power switch is indeed damaged.
Question: If the switch is damaged, what do I need to do?
Answer: You can’t do anything except send the phone in and let the technician handle it for you. The Power switch may need replacement.
Question: How much do technicians charge for power switch replacements?
Answer: It depends on your locality; depends on the technician; depends on the extent of the damage, etc. The point is, you won’t know until you got the device examined.

You may have already done this but I ask you to do it again and make sure you’re using the original charger and USB cable. There is a possibility that the battery got drained completely that’s why the device doesn’t respond when you hit the power key.
But aside from that, it will also tell you how the phone responds when electric current flows through its circuits. If it’s a hardware issue, your phone won’t respond to it no matter what. Otherwise, you may still be able to fix it by yourself without any help from a technician and that’s our first priority here.
In the event that your phone charges fine, leave it plugged in for 10 minutes and try to turn it on normally and if that doesn’t work, then the next step might just help you.
Question: What if the Nexus 6P won’t charge no matter what?
Answer: You must first troubleshoot the not charging issue before you proceed. After all, it might just be a drained battery problem. Therefore, troubleshoot the charger, the USB cable, and the USB port. Make sure the ports are clear of debris, lint or corrosion. Also check for bent pins as that might be the issue why the device can’t make proper contact.
Question: In the even that the issue is with the charger, is it covered by warranty?
Answer: Usually, accessories like the charger isn’t covered with warranty so if you’ve verified the one that came with your device is damaged, you really need to buy a replacement. The same goes if the issue is with the USB cable.
Question: What if the issue is with the battery, is there anything I can do to fix it?
Answer: None except send the phone in for repair. The Nexus 6P has a non-removable battery so by the time you remove even one of the screws, your warranty may already be void.

We’ve seen a lot of issues that seem to be complicated but in reality, they’re just some of the results of a system crash and the most common symptom is that the device won’t respond to whatever you do. For instance, if it turned itself off, it won’t turn back on and the worse thing is it won’t also respond to the charger. But personally, I’ve seen cases wherein the phone charges fine but won’t turn on due to system crash. There’s it is the rule of thumb to assume at this point in time that the firmware may have just crashed.
In this case, you need to force reboot your Nexus 6P: press and hold the power key for 10 to 20 seconds. Provided that your phone still has 5% battery left, it would reboot, otherwise, you need to charge it.
Question: Will force reboot delete my files and data?
Answer: No, it won’t.
Question: How often does system crash occur?
Answer: It depends on how the owner use the phone. If there are a lot of apps especially heavy ones, there’s a higher tendency the phone would crash more often. Also, firmware updates may also cause this issue.

Booting into recovery alone won’t fix the problem. However, it is necessary you do this to verify if your device is still capable of powering up all its hardware components because if it does, then problem might be the firmware. And since you can boot into recovery mode, you can try wiping the cache partition first and/or do the master reset from there.

If you can reach this point, then there’s still a chance you can fix your phone.

Step 5: Send the phone in for examination and/or repair

If all else fails, you have no other options but to seek assistance from a technician. At this point, there’s nothing you can do about it, really. And if you decide to go beyond your limit, the warranty claim may not be honored.

Case 1: Nexus 6P got an update and the phone got stuck during boot up; it can’t continue to load the user interface.
Solution: You need to boot your phone into recovery mode and wipe the cache partition. Doing so will delete all caches that were used by the previous system. All your data and files, however, will remain untouched and so you don’t need to back them up if you did this:

Case 2: The phone turned off by itself and when it turned back on, it sporadically gets stuck during boot up. If it can successfully boot up, it will reboot by itself without being touched. The issue maybe caused by a serious firmware problem or a hardware issue.
Solution: There’s no other choice but to do the master reset. You still have to boot your device into recovery mode and this time choose ‘wipe data/factory reset’ option and follow the same steps you did when you wiped the cache partition.