If you’re looking to better your Android phone’s performance, then you might want to consider using the best app manager for android. Task Managers were extremely popular in the early days of Android, where there were few options for managing pesky tasks and apps that hoarded processing power and memory.

Now, things are a little better, but there’s still that pesky application that often rears its ugly head to slow your phone down to a crawl. With a good task manager app, you can hunt down those resource hogs and kill them. Sure, the chances are slim that you’ll need one, but when you eventually run into a problem, you’ll have wished you had downloaded the best app manager for android and ready to go.

Before we dive into the nitty gritty of task managers, you may not need to download one at all. Task managers and task killers promise to speed up your phone, but you don’t actually need any of that, because the Android system already does this!

On Android, when you exit an app, Android leaves it in memory so that you can quickly open it again. Other than that, the app takes up absolutely no CPU for system resources. And, if Android’s memory fills up too much, and it needs additional;l memory for something else, the built-in task manager will automatically kill those apps, freeing up memory for the task that it needs.

So in reality, you don’t really need a task manager for Android. It’s essentially already built-in! But, if you want to give a few a try anyway, here is a list of our favorite task managers for the Android phone. 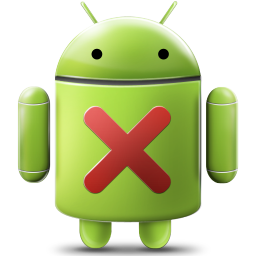 Advanced Task Manager has been around a long time, allowing you to watch for applications taking up too many resources, and then giving you the option to kill that task. One of the neat things about this app is that you can actually uninstall apps straight from Advanced Task Manager — there’s no need to go hunting it down in your app drawer to get rid of it.

We recommend this one because Advanced Task Manager works flawlessly with current versions of Android. Many developers have failed to continue supporting their task managers, but this one still treks on. With it, you can clear out all of your open apps, free up RAM, and even put apps on an ignore list that you don’t want closed. Simple System Monitor is, well, a system monitor. It essentially monitors system usage, such as CPU, RAM, and GPU use. There are some other stats you can watch as well, such as Network and Disk Usage data.

If you’re running Android Oreo, you likely won’t get any CPU-based information, as that’s something Google at the OS-level. In addition, Simple System Monitor will let you clear out the tasks/apps that are taking up resources. It’s a nice and simple task manager that focuses more on showing you data than function (#statsfornerds). Taskmanager has been around for a long time, and the minute you open the app, you’ll be able to tell that for yourself. It’s difficult to navigate around this application because of its outdated design, but it’ll still show you what applications are active and how much RAM you’re using.

By clicking on the three-dot menu at the top-right corner, you can kill apps, clear your cache and RAM, as well as change the color theme (i.e. from white to black). It’s a lightweight task manager that requests to use a ton of different permissions, but remember, in recent versions of Android, you can revoke permissions from applications yourself. 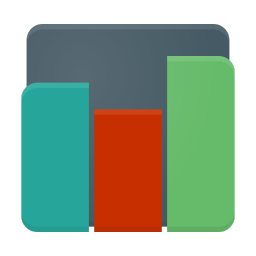 Last, but certainly not least, we have SystemPanel 2, the second application with an at least somewhat updated design. This is probably one of the most useful task managers, even for Android users on more recent versions of Android. The neat thing about SystemPanel 2 is the sheer amount of data it shows you — how long apps have been running, breaking down your used system performance in percentile, showing you network, and memory information, and a whole lot more.

Of course, you still have the option to kill tasks, clear your cache, and your RAM if you so choose — SystemPanel 2 is just nice because it gives you more data than most task managers.

ES Task Manager might be one of the two task manager apps that don’t look like they were taken out of the stone ages. It has a an admirable design (though it could still use updating), but it does function the way it’s supposed to. It actually has an extensive amount of features, as it takes a lot from ES File Manager and what made that app great. Still, you get your basic (and advanced) task management functions — killing tasks, clearing cache, clearing RAM, etc.

Verdict on the best app manager for android

As you can see, there are many apps that you can confidently refer to as the best app manager for android available out there. They can be somewhat outdated in terms of design, and not all of them are going to work well with most recent versions of Android, but if you’re on Nougat or lower, you can find freeing up system resources to really speed up your phone’s performance. These task managers will work great with Android tablets as well.

Do you have a best app manager for android that you often go back to? Let us know in the comments section below.