Skip to content
Google announced Android Nougat late last year with the two Pixel phones. Since then, we’ve seen the OS on a handful of new smartphones, including flagships from Samsung, OnePlus, as well as Sony. Unsurprisingly, the days of Android 7.0 are numbered as Google has sent out Android 7.1 for its flagships and made the source code available to other manufacturers as well. Keeping this in mind, most handsets that came with Android 7.0 are now on the verge of getting the Android 7.1 update. Some devices are directly jumping from Android 6.0, which is great news for the customers as well.

Android 7.1 brings a myriad of changes to the table, with most of them designed to enhance user experience. Let’s have a look at some of the new smartphones that will come with Android 7.1 on board. 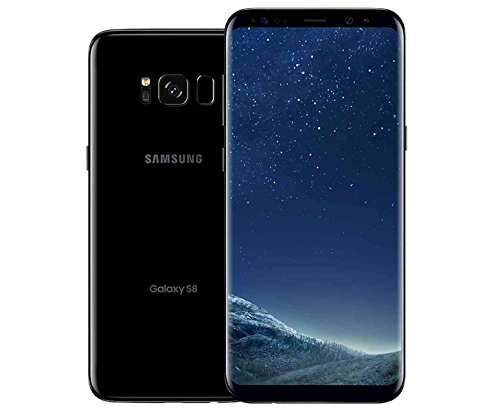 This was always going to be high up on the list as it’s one of the hottest flagships available in the mobile industry. The smartphone was made available only a couple of weeks ago in most markets and has already impressed the masses. The device comes with Android 7.0 out of the box, but reports have mentioned that the company will send out an update to Android 7.1 shortly following the launch, so it shouldn’t take long for the handset to get the update. In addition to the operating system, the Galaxy S8 also packs a very impressive hardware specs sheet on board, boasting of the “Infinity Display”, Bixby voice assistant and much more. Thanks to the custom user interface designed by Samsung, users will be able to get the best out of Nougat along with a mix of features blended in by the Korean manufacturer. The Galaxy S8 is easily the best smartphone you can get right now, and for good reason. If you’re contemplating the purchase of a high-end flagship with Android Nougat on board, the Galaxy S8 will definitely be high up on your list.
Buy on Amazon 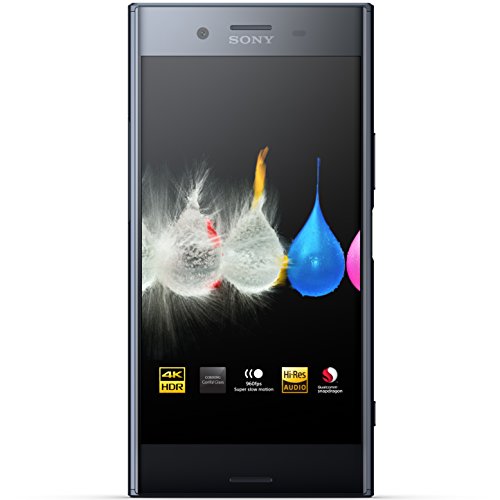 Sony’s high-end Nougat running flagship will be officially available for purchase on the 1st of June in select markets, so there’s still a month left to get your hands on the device. As the name indicates, this is the successor to the Xperia Z5 Premium from 2015. It packs a 5.46-inch 4K display on board, allowing users to experience the best mobile display available on a smartphone today. This coupled with the suite of Android 7.1 specific features make for a thoroughly enjoyable experience for the users. The company hasn’t compromised in terms of performance either, as it’s packing the beefy Snapdragon 835 SoC under the hood, which is currently the best mobile chipset available in the market. With exactly a month left for the launch of the flagship, we can understand if you’re particularly curious to try out this offering. However, launch markets might be limited when Sony announces wider availability in the coming weeks. However, customers should always be able to get one of these from a third party retailer in the U.S. If you’re looking to experience the goodness of 4K display with Android 7.1, this is the handset to get, provided you don’t mind waiting a bit.
Buy on Amazon

The arrival of this device enraged a lot of customers, especially those who had purchased the OnePlus 3 right after its launch. This is because the company launched the OnePlus 3T just a few months after the OnePlus 3 was announced for global markets. However, the company had its own reasons to do this, as it wanted to upgrade the CPU of the device. The handset also comes with a handful of other differences, mainly in terms of the battery capacity as well as the front-facing camera, which has been bumped to 16-megapixels from 8-megapixels. Surprisingly, both phones were launched with Android 6.0.1 Marshmallow by default, so it seems like OnePlus wasn’t exactly paying attention. However, we have to be mindful of the fact that the OnePlus 3 and 3T run the company’s proprietary Oxygen OS, which requires a lot of tweaking and testing before being sent out to the masses. Keeping this in mind, OnePlus expects its customers to remain patient with regards to the update. Given that an update is on the horizon, we feel that the OnePlus 3T is a good buy if you don’t want to compromise in terms of hardware. It also helps that the smartphone is significantly cheaper compared to most smartphones on this list.
Buy on Amazon

One of the most popular smartphone manufacturers in Asia, Xiaomi has built up a name for itself as the “Apple of China”. However, the name stems from the fact that it mimics Apple products down to the last detail. The trend has changed now, however, as companies strive to stand out from the crowd and innovate. Last year’s Mi 5 was a big hit with the fans, and the company’s recently launched Mi 6 is no different as it comes with a fairly exciting hardware specs sheet on board. Complementing the hardware is Android 7.1 Nougat with the company’s own custom user interface, known as MIUI. This makes for a truly exciting experience for the customers, although users are yet to get their hands on the Mi 6 in many regions. Sadly, the smartphone remains an Asian exclusive for now, so you probably won’t be able to get it officially in the U.S. However, like the Sony handset we mentioned above, you should be able to import one thanks to a third party retailer. In terms of the hardware features, the Mi 6 comes with a 5.15-inch 1080p display, accompanied by the Snapdragon 835 octa-core SoC. There’s 6GB of RAM on board, which has become the norm in the industry today. Rounding off the specs sheet is the 12-megapixel dual lens camera on the back, and a 3,350 mAh battery. Given that Xiaomi handsets usually don’t cost much, this might be your best bet when it comes to getting a truly high-end Android 7.1 flagship. The phone also comes with a USB Type-C port at the bottom, which is the current industry standard as far as connectivity options go.
Buy on Amazon 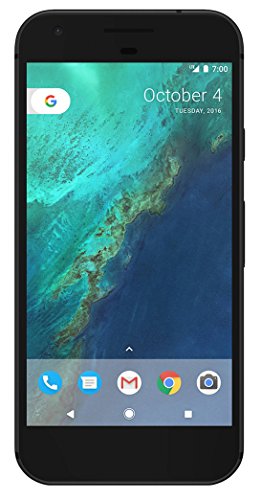 The first smartphone to come with Android 7.0 (along with the LG V20), the Pixel is the smartphone that started it all off for Google. A massive shift from the Nexus lineup, the Pixel was always a gamble for the company. However, it paid off pretty well for the company as the Pixel is rated as one of the best Android smartphones in the market today, even in the midst of the juggernauts from China. The handset was introduced with Android 7.0 and was the first phone to get the Android 7.1 OTA update. So if you’re looking for a high-end flagship with Android 7.1 out of the box, the Pixel is pretty much the phone you need to buy. This phone is also recommended if you have a preference for stock Android over the OEM skinned versions. The Pixel comes in two shapes, and this particular model is the smallest with a 5-inch Full HD AMOLED display accompanied by a groundbreaking 12.3-megapixel rear camera. In the CPU department, the device comes with the Snapdragon 821 quad-core SoC which is also powering a handful of other flagships this year. Although its battery is a miserly 2,770 mAh, Google has introduced some handy battery optimizing features with Nougat, so it’s barely a concern for the customers.
Buy on Amazon