New flagships are always launching from all of the big companies, but which is probably the best cricket phone. And at the time, they’re usually quite expensive. But now that we’re ending 2017, all of the major flagships have gotten a whole lot cheaper. AT&T might say a Galaxy S8 will cost you a decent sum, but you can usually snag one for hundreds less. Today, we’re going to show you our top 7 picks for the best phones for Cricket Wireless going into 2019. If you’re looking to upgrade to a flagship on the cheap, you need to check out these devices.

The iPhone XR comes up as second on our countdown, and is one of our favorites choices for using on Cricket Wireless. Your purchase comes as unlocked, allowing you to not only use it on Cricket Wireless, but other GSM supported carriers as well. One of the themes of the iPhone XR is that it’s an affordable, but premium handset, which is exactly what you’re getting here.

It’s much more affordable than your average flagship, but with just a few, minor hardware cuts, the iPhone XR stays as a top of the line, premium phone. It comes with a beautiful 6.1-inch Liquid Retina display. It has the notch at the top of the panel for the Face ID module. The only real “cut” that you’ll see is that the phone has a single-lens camera instead of the dual-lens camera found on the iPhone XS and XS Max.

The phone is speedy and extremely quick. You’ll have no problem playing all of the top apps and games on the iPhone XR, even on Cricket Wireless!

One of the cool things about the iPhone XR is that it has a dual-SIM setup — one, a physical nano SIM slot, and then a built-in eSIM for digital activation.

If you want that same big screen, your best alternative is the Samsung Galaxy S8+, costing substantially less. You still get the huge 6.3-inch screen (and some multitasking abilities, but not all) for enjoyment in all types of media.

The huge benefit to the Samsung Galaxy S8+ is that it has a massive 3,500mAh battery, which is even larger than the more demanding Galaxy Note 8’s battery. This ensures that you’ll be able to still use your phone well into the evening.

You can pick it up off of Amazon below.

The Samsung Galaxy S10 is first up on our countdown. This is the latest smartphone from Samsung, and is one of the best handsets that you can purchase today. This one comes equipped with a beautiful 6.1-inch Dynamic OLED display, featuring a jaw dropping resolution of 3,040 x 1,440.

It comes in a handful of different models, which largely varies by location. In many areas, you can get it with Samsung’s own Exynos processor, but in many places, it comes equipped with the latest Snapdragon 855. It’s backed up by 8GB of RAM, and comes in 128GB or 512GB options.

One of the cool things about the phone is that it comes with a triple camera setup, giving you two 12-megapiel sensors, as well as a 16-megapixel wide sensor. It comes with dual-SIM support, and actually works well on Cricket Wireless.

Looking to get one of Samsung’s best? Then the Galaxy Note 8 will be the phone right up your alley. The primary focus of this phone is productivity. That said, it comes with a large 6.3-inch screen so you can use a variety of built-in multitasking features. The Infinity Display it’s equipped with looks great as well, allowing you to get an enormous amount of enjoyment out of videos, movies or TV shows.

The only downside is that it has a smaller battery than the Samsung Galaxy S8+. Not only that, but the S-Pen isn’t too useful. Many say they’re going to use it religiously, but never actually do, not making the extra money for this phone worth it. But, if you’re one of the few who do want to take advantage of the S-Pen that comes with the best cricket phone, hit that Amazon link below.

Or, maybe you’re looking for a bigger and badder version of the LG G6? In this case, LG is now offering its V20 (a competitor to the Galaxy Note series). It has a massive QuadHD display, perfect for multitasking or watching videos, movies and TV. The best cricket phone has a sweet 16-megapixel dual-camera setup as well, capable of capturing video in 4K.

With the LG V30, you’re also getting a sizable battery (slightly less than the G6) at 3,200mAh, and it’s removable; you’ll no doubt get less juice out of it than the LG G6 due to the increasing power the V20 will be pulling, but you’ll still be able to get a day out of it easy.

You can grab the new LG V20 on Amazon at the link below.

Not into large phones with massive 6.3-inch displays? Than the Samsung Galaxy S8 might be right up your alley with its 5.8-inch display. The phone fits perfectly in the hand, and despite having the curved edges on both sides of the phone, holding it in the hand doesn’t accidentally open any apps or anything.

The downside to the best cricket phone is a smaller screen is that you do get a smaller battery. A whole 500mAh less at 3,000mAh, actually. Due to the smaller screen size, you should get the same amount of juice that you would out of a Galaxy S8+, but you’re mileage may vary.

Samsung rocked the market with the Infinity Display in its flagships this year, but one that shouldn’t be forgotten is the G6 from LG. If you’re looking for a traditional smartphone that has only been perfected on this year, the LG G6 is the way to go. You get a large 5.7-inch display, but without the “edges” on the Samsung devices.

It actually has a larger battery than even the Galaxy S8 at 3,300mAh. You’re certain to be able to get a lot of life out of this one on a single charge. The best cricket phone is also relatively cheap to get into, in comparison to the Samsung devices.

So, which flagship phone should you get on Phones For Cricket Wireless for 2020? If you’re a multitasker, we recommend the Samsung galaxy s10 first and the iPhone XR second. If you’re looking for a big screen with plenty of battery, the galaxy s10 and iPhone XR are optimal options, both coming with 6.1-inch displays. Or, if you’re just looking for a traditional smartphone with a stunning experience, both the Galaxy S8 and LG G6 are excellent choices. 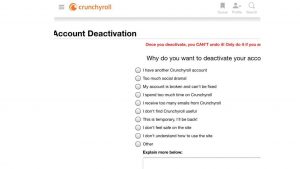