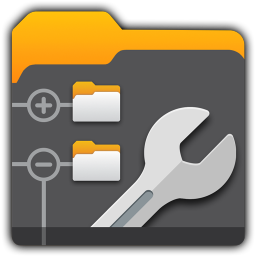 This is a very handy file manager app that every user should check out. It comes with a streamlined user interface and easily accessible features, with multi-pane view allowing you to move files between folders in real time. Traditionally, apps require you to copy or cut content and then go to the desired folder to paste it there. The method used by X-plore File Manager saves a lot of time for the users and also makes it convenient to use on Android tablets.

You can also access cloud storage services like Google Drive, Box, Dropbox, and so on. It also supports creation of favorite folders for quick access. Further, USB OTG compatibility allows you to transfer files from a bigger USB device, like a hard drive, for example. Much like any other app on the Play Store, X-plore File Manager does offers some additional features, although users are required to pay or make a donation in order to use them. Among these features are a dedicated music player, a video player with subtitles support, Wi-Fi file sharing, and SSH file transfer. However, it is recommended to try out the free version of the app first. The app is compatible with smartphones and tablets running Android 4.3 and higher. 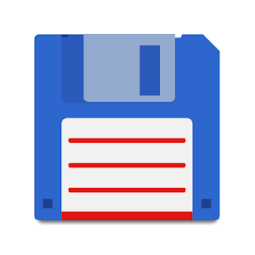 For those familiar with desktop file managers, Total Commander is a fantastic app which also has an Android version by the same name. Much like the desktop version, this is a highly versatile offering, allowing users to do a variety of things including a media player that can stream directly from LAN, WebDAV, and cloud plugins. Total Commander also allows you to send files over Bluetooth (OBEX), while also letting you zip, unzip and/or archive RAR files on your smartphone.

Naturally, cloud services are supported here as well, although in the form of plugins. Currently, Total Commander offers plugins for Google Drive, Microsoft Live, as well as Dropbox. As you would expect, this is a free app and doesn’t have in-app purchases. There are ads, however, which in the developers words is just a link to “Add plugins (download)”. Be sure to check out this app from the Play Store. 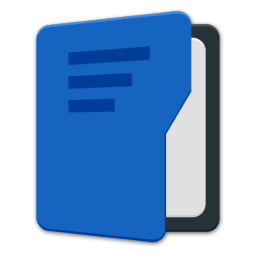 This is a sophisticated looking file manager and follows Google’s beloved Material Design UI, which has changed somewhat with newer versions of Android. It’s well packed in terms of features as well, offering dual pane support to swiftly copy/paste your content between folders. There’s also a built-in text editor, gallery as well as music player. The app also comes with a search engine which allows you to quickly search for your files with just keywords or tags.

Further, if you have an Android 5.0+ device, you also get comprehensive SD card support. Handy shortcuts can be placed on your home screen to give you quick access to your favorite folders. This is a free app on the Google Play Store, but comes with in-app purchases. There are no ads, however. The app works with devices running Android 4.0 and above. This is a safe and secure file manager that brings a bunch of crucial security features to the fore. Customers can either choose to use a security code or even the onboard fingerprint scanner to protect folder and files on your device. This is an excellent way to keep your private content safe from prying eyes or from those who borrow your phone often. The file manager also supports drag and drop of files and folders, much like most file managers available today.

You can add more features to this file manager app by downloading plugins from the Play Store. You also get a decent media browser on this file manager. All your files are encrypted by Solid Explorer, offering you that extra layer of security that not many apps can offer. The app is ad supported. It’s a free app on the Play Store and comes with in-app purchases. The app is compatible with devices as old as Android 4.1, thus covering a large part of the Android population. 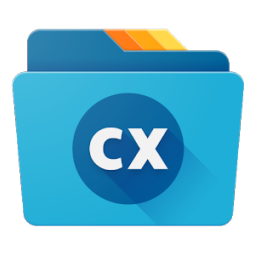 This is a beautifully designed file manager that makes browsing through files an enjoyable experience. Thanks largely to the color scheme and the large icons, it’s easier to see all the necessary content in one screen. There’s a music player onboard here along with a video player, thus covering all your data needs. This is an excellent replacement for default video players that are offered with most handsets.

I personally like the fact that the app offers a visualized storage analysis, which lets you view the storage space you have remaining on your smartphone, helping you clean up your device of junk files in the process. Naturally, you can do all of the things that you expect from a file manager, including copying, archiving, compressing and unpacking files. Users can also access all the popular cloud storage services, including the likes of Google Drive, Dropbox etc. This app is free to download on the Google Play Store and has no ads or in-app purchases. It is compatible with devices running Android 5.0 and above. 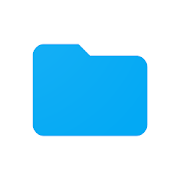 This is an interesting choice, because it is something that Google offers on Android by default. For those unaware, Google introduced a native file manager system with Android 6.0 Marshmallow. This particular app is just a shortcut to enable that on your device. While it’s unclear if installing this app will enable the native File Manager, although users can still access this by heading over to Android Settings – Storage – Explore.

In terms of features, however, one can say that it’s pretty barebones, and doesn’t have the flair of some other apps that we see flocking the Play Store. However, if all you’re looking for is easy transfer of file between folders or to simply look at the content on your device, this is a nice app to have. As you would expect, this is a free download on the Play Store and is devoid of ads and in-app purchases. The app works with devices running Android 6.0 and higher. This is an app with features from File Manager, Archiver, SMB2, Image, Tagger, Metadata and PDF add-ons that are available on the Play Store. It supports around 19 cloud service providers from all over the world, thus making it accessible to pretty much anyone on this planet. As you would expect, it can also unpack and pack files in a wide range of formats. The app also comes with a RAW and TIFF decoder, which can be of great help to shutterbugs.

In terms of usability, the app offers multiple tabbed  browsing, letting you see more content from one screen. The app also allows creation of tasks to help you move files or make changes to a particular folder. You also get an advanced search option, letting you scour through multiple folders to find the desired file. This is one of the few paid apps we’re going to talk about on this list. For the comprehensive features it’s packing on board, we’re certainly not going to complain. 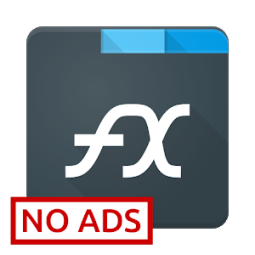 This is yet another privacy oriented application that doesn’t have ads and doesn’t track your usage or analytics. The app also allows you to create privacy oriented home folders, giving you access to all your files at a glance. Further, features like “Usage View” shows how much space each folder is taking up on your storage. You can also access networked computers like FTP, SSH FTP, WebDAV, and Windows Networking using this versatile app.

In terms of security, the developer offers encrypted password keyring, allowing you to use one password to access network and cloud services. There’s a handy photo and video viewer within FX File Explorer as well which is in line with a bunch of other file manager apps that we’ve talked about so far. You will also find a Shell Script Executor on this app. Despite being a free app, FX File Explorer doesn’t have ads on board, although there are in-app purchases to help you unlock additional features within the app. The app works with smartphones running Android 4.1 and above. 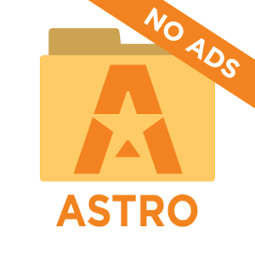 This is a widely popular app that most Android users will be familiar with. However, the app has gone through some changes to stay updated with the upgrades coming with newer Android versions. The first thing you will notice about Astro is the streamlined design including the neatly designed icons. The app is also extremely handy if you’re looking to backup data to your microSD card. Syncing with your cloud services gives you an alternative way to free up space on your device.

Astro is pretty handy for compressing ZIP and RAR files as well. With over 50 million installs, it goes without saying that this is one of the popular file manager apps out there. It’s pleasing to know that the developers are always updating the app to fix any bugs or add new features. The most recent update was on June 17, 2019. One area where Astro lacks is with regards to media playing options. But given the versatility of the Android platform, that’s definitely not going to be a dealbreaker for the users. This app is free to download and has no ads or in-app purchases. This is a light and smooth file manager that will help you breeze through all the folders on your internal storage or microSD card. As you can guess, the design is based on Google’s Material Design, something that we’ve seen quite a few apps doing. Amaze File Manager comes with its own app manager inside, which allows users to uninstall apps without having to head over to the settings. Users can also benefit from AES Encryption and Decryption of files, although this is limited to devices running Android 4.3 and above.

While the app is compatible with cloud services, users are required to install an additional plugin to enable this. The developer warns users from using the cut/paste option from micro SD cards as you are at risk of losing your files. There are some premium features here which will require an in-app purchase. However, most of the features are completely free to use and there are no ads either. Be sure to have a closer look.

This is a small file manager app that doesn’t eat up too much space on your device. Moreover, the app supports all versions of Jellybean, Kitkat, Marshmallow, Nougat, and Oreo, thus covering a broad range of customers. The app has a Smart Library feature which allows smart categorization of files downloaded from the internet, transferred over on Bluetooth and so on. It also supports a wide range of external storage options, including USB OTG, microSD cards, SD cards, or a standard USB flash drive.

Thankfully, there’s support for cloud storage services included by default here, allowing you to quickly look at your documents, photos, or videos and even copy them from your phone or from the cloud service of your choosing. This app can also be used as a file manager for Android TV, making it a pretty versatile offering overall. The app is free to download on the Play Store and lacks ads or in-app purchases. It’s a relatively unknown app out there, so be sure to have a closer look.