Cooking is one of the finest arts available on the planet, and now the best cooking game app make it so much easier to have virtual cooking fun. Given that it is supposed to cater to a person’s individual taste, it is held in high regard by culinary experts. But what if you want to experience the feel of cooking without actually making the effort for it? Well, you try cooking games, of course. These games are designed to give their customers exactly what they want. In addition to helping you kill some time, these games also give you precious knowledge on the art of cooking.

However, given the nature of the Android app market, there are several apps available out there serving the same purpose, including some bad ones. But that’s not a problem as we’ve sorted through the list to come up with the best cooking games available in 2018. You will find a versatile list of best cooking game apps on this list, so be sure to check all of them carefully. 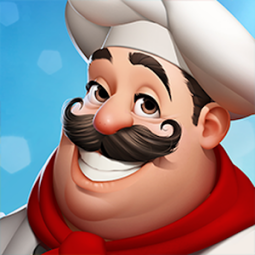 One of the most popular cooking games out there, World Chef lets you try out cooking from all over the world. You get to try out cooking from about 20 nationalities. This is a truly international game and brings together several cuisines under one app. The idea behind the game is to give you enough experience to run your own restaurant. Sure, playing a game will definitely not give you all the experience needed to open your own restaurant, but some of these tips will surely come in handy. It’s a training wheels like thing for real world obstacles.

The game is consists of servers, chefs, and welcoming VIP guests to your restaurant. Players will have to keep leveling up in a competitive environment, thus ensuring prolonged usage. You can make your own decorations too, which is definitely a nice touch. Naturally, the service that you offer at your restaurant should be perfect, ensuring VIP customers keep coming. If you have these points covered, you have everything you need to play World Chef.

The best cooking game app follows a freemium model, which means that although it’s free to download, you have a bunch of in-app purchases within the app, allowing you to progress your journey quicker. You don’t need a powerful smartphone to run this phone, and any phone with Android 4.0.3 on board will work just fine with the game. Visit Google Play App Store to download and install the app. 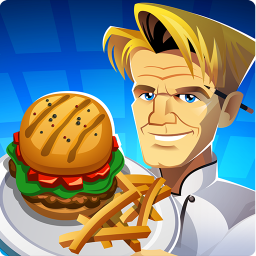 Most of us know about the eccentric and easily irritable chef Gordon Ramsay thanks to a series of TV reality shows that have aired over the years. What if he had his own game, wouldn’t that be better? Well he does, and it’s made by Glu, a developer popular in the mobile gaming segment. Known as Restaurant Dash, the gameplay revolves around a busy restaurant, and of course, Gordon Ramsay. The concept of this game is somewhat similar to Diner Dash (which is also created by Glu Mobile). You have time based events, so you’re required to be quick. You will build restaurants, and eventually expand your empire all over the world. The more restaurants you have, the better you’ve done in the game. This is indeed a fun cooking and food game.

There are dedicated boss battles within the game featuring Gordon Ramsay, which is a fun way to test your in-game skill. Customization of the character is another major factor here, as the game allows you to create and design your avatar the way you want. There have been several “Dash” based games, but this personalized avatar is a first for this particular game by the developers. Expectedly, the app is free to download from Google Play App Store, but contains ads and in-app purchases. As with the game above, this one too will work on any device (including tablets) running Android 4.0.3 or above. 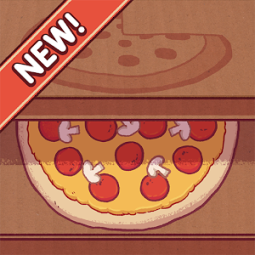 Pizza is a universally loved food. This Good Pizza Great Pizza app lets you create your own virtual pizzas, fueling the inner chef in you. The user has to run their own Pizza shop with this game, which comes with its own challenges, as the player will eventually understand. What I like about this game is that the developer who made this game personally spent four years in a pizza kitchen, so the experience is going to be pretty much like the real deal. Not to mention, this is one of the cooking games that requires time management.  The app description mentions that the gameplay is challenging, so don’t expect to progress through comfortably.

The game involves around 80 characters who play customers to your pizza shop. The idea is to get as many people coming in as possible. There are a few equipment upgrades available as well, helping you level up your skills significantly. Naturally, all of the famous pizza toppings are covered in this app, so you can finally make your favorite pepperoni pizza. It’s not heavy on graphics, but the gameplay is pretty great. The game has been installed over 10 million times already, making it a fairly popular offering on the Play Store right now. The app comes with ads and in-app purchases for in-game upgrades. 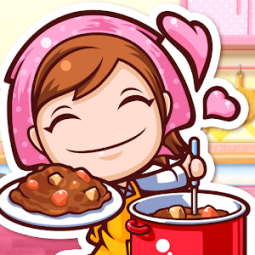 Kids will love this game as it involves learning a variety of recipes from around the world. You can go catch your own fish, harvest vegetables from the market, and even run your own restaurant using Cooking Mama, which makes this a pretty immersive experience. The game consists of several mini games to keep you hooked if you get bored of one aspect. It’s a well rounded game, and we could definitely see kids spending a lot of time on this game. You can make stew, bake cakes, and a whole lot more with this game.

The developer mentions that the game is meant for both kids and adults, so you don’t have to be of a certain age to play this addictive game. It’s free to download, but you will need to pay for in-game upgrades. There are ads on board too. 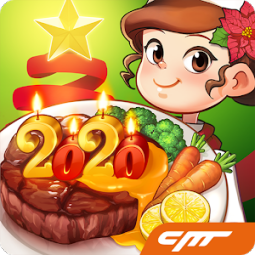 This is perhaps the most comprehensive cooking game that I’ve come across. You get to choose from Grill, Sushi, Coffee, Pasta, Donuts, Chinese, Taco, Ramen, Korean, Ice Cream, Burger, Spanish, and SEAFOOD, depending on what you like and build your kitchen along the way. You get to control the aspects of the kitchen too, which means you will require frequent upgrades to your appliances and the surroundings. There are about 550+ levels in the game, so you will probably take a while to get there. You can speed your process by making in-app purchases, although you’ll end up spending a lot of money. Given how addictive this game is, we won’t be surprised if you rush for an in-app purchase within the first few plays.

You also have some aspects of restaurant management to take care of, which adds to the overall experience. The game requires an internet connection to play, and the developers suggest being on a Wi-Fi connection while using Cooking Adventure. Just like the above mentioned food games, this game is also free to download from the app store, although you will have to deal with ads. Cooking Adventure is compatible with devices running Android 4.1 and above. Be sure to check out the best cooking game app from the Play app Store.

If you are still looking for more cooking game apps, you can try Cooking Fever, Cooking City, and Cooking Craze. All these are also free to download from the Google Play Store.

I hope that this post has helped you one way or another. Please help us spread the word by sharing this post to your friends.