As far as refurbished phones go, there are quite a lot to choose from. But among the current lot, we pick the Samsung Galaxy S20 5G for its hardware features including the gorgeous display and the triple rear camera accompanied by the wide range of software features.

Buying refurbished phones is one of the wisest decisions that one can take. This is primarily because customers can choose to get high-end phones for a fraction of the price. This is also because not everyone can afford the newest, hottest, speediest gadgets on offer today.

Thankfully, sellers like Amazon have a large portfolio of pre-owned phones with choices including several Android phones as well as Apple phones like the iPhone X or the newer models. A refurbished phone is a device that is returned to the seller in excellent condition and has been restored to its original working condition internally. Though it may not look as shiny as a brand new Android phone, customers can rest assured that they are getting the phones in perfect working condition.

In almost every case, phones are refurbished or renewed by the manufacturer, which means that it goes through all the proper checks and tests to make sure it’s working normally before shipping out. Though warranty is not necessarily guaranteed with a refurbished device, there are a few exceptions where it is offered.

So with these factors in mind, let’s take a look at some of the best refurbished Android smartphones in the market right now.

The Galaxy S20 can now be yours with a big price reduction thanks to this deal. This refurbished and unlocked phone comes with a 6.2-inch Dynamic AMOLED display panel with a refresh rate of 120 Hz. With practically no bezels, it’s also one of the best refurbished phones going around right now. Internally, the Galaxy S20 5G is powered by the octa-core Snapdragon 865 chipset, which offers the best CPU performance among modern phones.

Further, this refurbished unlocked flagship comes with 128GB of internal storage (expandable) and 6GB of RAM. The cameras on the Samsung Galaxy S20 5G are pretty spectacular as well. It packs a triple camera layout consisting of a 64MP primary camera accompanied by two 12MP sensors. Samsung uses a 10MP camera on the front for selfies. The best feature of this phone is the presence of an ultrasonic fingerprint scanner (under display).

It is also resistant to dust and water (IP68) and has a massive 4,000 mAh battery with support for 25W fast charging included. The phone supports USB Power Delivery and reverse charging as well, making it one of the most attractive refurbished phones out there. If you’re looking for a modern refurbished phone with the latest hardware, this is your best bet. This device is also backed by the 90-days Amazon Renewed Guarantee, but there’s no company warranty.

Deals on flagship phones don’t come often, though one can find plenty of discounts on relatively new pre-owned phones like the Google Pixel 4 XL. This unlocked phone comes with a 6.3-inch P-OLED display (90Hz) with the durable Gorilla Glass 5 protection. In terms of internal hardware, the phone offers an octa-core Snapdragon 855 chipset which promises to hold up even today.

In the camera department, the Pixel 4 XL offers 12.2MP + 16MP dual rear cameras while the front has a single 8MP selfie camera accompanied by a TOF 3D sensor for face authentication. There are two storage variants of the smartphone – 64GB and 128GB – while there’s no microSD card slot for storage expansion. Both models come with 6GB of RAM underneath. Moreover, this unlocked flagship is also IP68 certified for water/dust resistance, making it a pretty durable offering overall.

The company offers Android 10 with this unlocked flagship from 2019 and it can be updated to Android 11. The Google Pixel 4 XL has a 3,700 mAh battery underneath and is compatible with 18W fast wired charging. Google has also included USB Power Delivery support, making this one of the best refurbished phones you can get right now. Though there’s no official warranty for this product, this is backed by the Amazon Renewed Guarantee that allows you to return the refurbished phone within 90 days of purchase for either a refund or a replacement.

As the name indicates, this unlocked smartphone by Moto has an emphasis on battery life. And the fact that you get to save money on this phone is a bonus. The Moto G7 Power comes with a 6.2-inch 1570 x 720 display, and is accompanied by the octa-core Snapdragon 632 SoC. Though it only comes with 32GB of internal storage, the company offers a microSD card, allowing you to expand storage as you please.

In the camera department, the G7 Power has a single 12MP sensor on the back which is accompanied by a single 8MP front camera. This particular variant of the smartphone comes with 3GB of RAM underneath which should be decent for all the apps and tasks that you want to run. The company also provides a fingerprint scanner on the back hiding beneath the Moto logo.

The Moto G7 Power launched with Android 9 Pie, but is upgradable to Android 10. However, there’s no word on an Android 11 update schedule at the moment. The best part about this phone is the large 5,000 mAh batterypack that can last for up to two days at a time as per the company. As with other refurbished phones on this list, this handset is also backed by the 90-day Amazon Renewed Guarantee. Be sure to have a closer look at this refurbished phone.

The Google Pixel 2 broke cover in late 2017, and may seem like a relatively old smartphone. However, the fact that it’s a Pixel device means it is eligible to get the 2020 Android 11 update, making this among the few refurbished phones from 2017 to have the honor. Diving into the hardware, the Pixel 2 has a modest 5-inch AMOLED display with a resolution of 1920 x 1080 pixels. It also comes with Corning’s Gorilla Glass 5 and is rated to be water/dust resistance (IP67).

In the CPU department, the phone comes with the octa-core Snapdragon 835 chipset. The Pixel 2 comes with 64GB of internal storage though there’s no microSD card slot for storage expansion. There’s 4GB of RAM, however, which puts it on par with most mid-rangers selling in the market right now. The refurbished handset also has a pretty decent camera performance backed by the single 12.2MP rear camera sensor and the 8MP front camera.

This refurbished smartphone also comes with a fingerprint scanner on the back panel which helps with easy authentication. There’s a 2,700 mAh batterypack here, which can offer up to a day’s usage thanks to Android’s battery saving features. Though it does have fast charging, speeds are capped to 10.5W by Google. This product is backed by the Amazon Renewed Guarantee although there’s no company warranty on this refurbished handset.

Launched around two years ago, the Samsung Galaxy S9 is an excellent refurbished phone you can get today, especially at a low price. This unlocked phone has a 5.8-inch Super AMOLED display with HDR10. What’s unique about this phone is the presence of a 3D Touch button on the bottom. There’s also a fingerprint scanner here, though it’s located on the rear panel beneath the camera.

Speaking of which, the Samsung Galaxy S9 has a single 12MP rear camera while the front has an 8MP and 2MP sensors for high quality portraits. The phone also comes with stereo speakers, which is great from an audio standpoint. Audiophiles will also like the fact that this phone has a 3.5mm headphone jack, allowing you to plug in your favorite wired headphones without needing an adapter. This is increasingly becoming a rare feature among phones today.

As far as the internal hardware is concerned, the Samsung Galaxy S9 offers the octa-core Snapdragon 845 chipset under the hood and is accompanied by 64GB of internal storage which can be expanded with a microSD card. The phone comes with a 3000 mAh batterypack which is compatible with 15W fast charging as well as wireless charging. Customers can avail the 90-day Amazon Renewed Guarantee with this refurbished phone as well which should bring some peace of mind to the customers.

The OnePlus 8 is not exactly old which is excellent for those considering a 2020 flagship while also being mindful of the budget. This unlocked phone comes with a gorgeous 6.55-inch Fluid AMOLED display with a resolution of 2400 x 1080 and a refresh rate of 90 Hz. It is powered by the octa-core Snapdragon 865 chipset, which is currently running on some of the best flagships in the market, including the aforementioned Galaxy S20 5G.

This model also comes with 128GB of usable space (non-expandable) and 8GB of RAM, putting this among the best refurbished phones in the business today. It’s also one of the best cameraphones out there thanks to the triple camera layout on the rear panel consisting of a 48MP primary sensor, a 16MP sensor, and a 2MP sensor. The front has a single 16MP camera which can significantly improve the quality of self portraits.

As for authentication, this unlocked comes with an under display fingerprint scanner. There’s a 4300 mAh batterypack underneath with support for 30W fast charging which is certainly among the best in the industry right now. This OnePlus flagship ticks all the boxes, and customers will also like to know that this is backed by Amazon Renewed Guarantee as well. 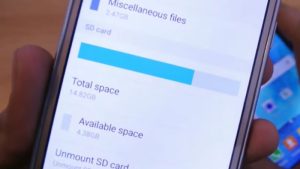