Discord can be a great tool for staying connected, with features like Push Notifications and Voice Messaging. But one key feature that stands out in Discord is the ability to set a range of statuses. While other chat apps like WhatsApp and Skype let users appear offline or online, Discord offers many other status options. For times when Discord user want a bit of peace, but still want to stay updated with any messages being sent on their servers, Discord’s ‘Invisible’ status is ideal – they can appear offline to others but still retain the full functionality of the app. In this article, we will show you the steps to appear offline on discord app.

The most practical way to connect with everyone via voice, video, and text is Discord. Keep in touch with your friends and communities via conversing, chatting, hanging out, and other means. Voice calls, video calls, text messages, media files, and other forms of “servers” are used by users to communicate, as well as private discussions. Users can covertly call people outside of servers, send messages, transfer files, and live broadcast on their screens using Discord’s direct communications feature. You may now establish chat groups in Discord direct conversations with up to 10 participants. With the added ability to summon each member of a direct message group at once, this fulfills similar functions to a server’s text channel.

Appear offline on Discord to others. This can be a useful feature for Discord users who would prefer not to be bothered, or feels like a more private chat will be more productive.

Here’s how to appear offline on Discord App or with the Discord desktop app.

The User settings status feature in Discord consists of seven settings to quickly change notification settings. It was inspired by the status feature in many other chat and voice programs. The status can be changed by clicking on your profile picture in the left drawer on the desktop or Discord mobile app.

The default status is online. You can use Discord, get notifications, and appear in the member list normally. Additionally, your profile icon photo will have a green circle on it.

The Idle status functions in a similar manner to the Online status. You may use Discord regularly and notifications pop up as usual.

If the mouse was not moved or no text was typed for a predetermined period of time while the user was online, the idle state was also automatically set. Unless the idle status was manually specified, you are returned to online when there is mouse movement within the window. On your profile icon, idle is indicated by a yellow moon-shaped indication.

A yellow clock served as the status’s indicator, and it was previously known as the Away status.

Do not disturb status

Do Not Disturb, or DND, turns off all desktop and push notifications, including those from mentions. On your profile, Do Not Disturb is shown by a red status indication.

Only when streaming on a Discord-integrated account is it possible to set the streaming status. The purple status indication on your profile behaves in the same way as Do Not Disturb.

You can appear offline on Discord when using Invisible status, you can still use Discord normally, and the typing indicator will still be visible when you type. On your profile, invisible and offline statuses are shown by a gray bar.

As soon as any connected client loses connectivity, this status is assigned to your account.

When a user connects using the mobile app, a green phone icon appears. It cannot be manually applied.

You can post your own visible statuses message to be displayed on your profile using the custom status feature.

Before the text, one emoji can be added on your custom status. If you have Nitro, you may also upload your own own emojis. The maximum character count is 128. The message can also be programmed to expire after a predetermined amount of time.

Step 2: At the bottom left corner of Discord app, Click on your profile picture.

Appear offline on discord on the android Discord mobile app

Step 2: On the pop-up screen, tap your avatar in the lower right corner.

Step 1: To access your User Setting, click on your user symbol in the lower right corner of your app.

Step 3: Select the set of invisible. 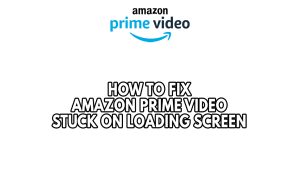