As you might already know, there are endless amounts of wireless chargers on the market for all types of devices. However, you want to make sure that you’re getting a quality option that will charge your LG V40 ThinQ at a fast rate. Unfortunately, there’s a lot of wireless chargers that don’t meet Qi standards and thus aren’t good for your smartphone.

That said, if you follow along below, we’ll show you the best wireless chargers that you can pick up for the LG V40 ThinQ! Here are our top picks. 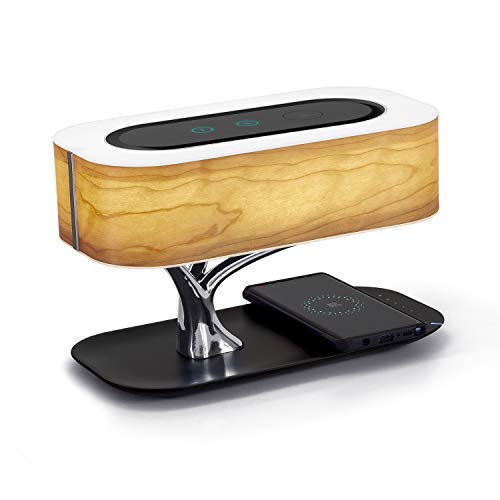 The Ampula Bedside Lamp Charger is one of the best ways to juice up your LG V40 ThinQ. It’s a unique option because the Ampula gives you a Bluetooth speaker, lamp, and wireless charger all in one package! It has an elegant and modern design, working with most modern smartphones today, including the LG V40 ThinQ. It charges relatively fast as well, so your phone won’t be on it for long. 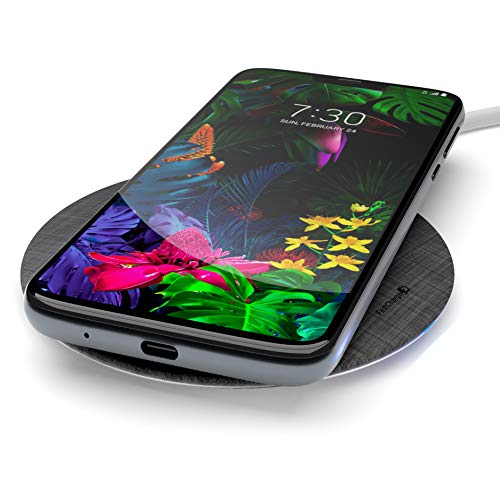 The Encased Fast Charger Wireless charger does not only charge Android devices, but can also charge Apple devices as well.

It has a super slim coaster design with a surface that is soft to touch although it has a solid metal housing.

Just a heads up, the AC adapter for this charger is sold separately.

The Anker Wireless Charging Pad comes in as last on our list, not because it’s a slow charger, but because it’s more of a budget charger. That said, if you don’t have a whole lot of money to spend on a wireless charger, the Anker Wireless Charging Pad’s price point makes things extremely affordable. Set it up in your home, set the V40 ThinQ on the pad, and charging will begin. It’s not a super-fast charging rate, but it is consistent and will do well at juicing up your V40 ThinQ. You’ll still get a full charge if you keep it on the charger overnight — it might just not be fast for those in pinch situations.

As you might expect, Anker has included several charging precautions inside to keep you safe from overcharging, overheating, electrical spikes, and more.

If you’ve never heard of Mophie before, you’ve been living under a rock! The company made a name for themselves by creating industry-leading and high quality charging products for iPhones, and now they’re bringing that same expertise and technology to the Mophie Wireless Charging Base. This one is a sleek looking device, allowing you to choose either Black or White. Then, it charges phones fast as well, giving you around 7.5 watts (or more) of charging output. Suffice to say, and your LG V40 ThinQ will go from dead to full in a jiffy!

As you can imagine, Mophie has included a ton of different charging precautions inside the circuitry: you’ll have protection against overcharging, overheating, foreign object detection, and so much more.

The Belkin Boost Up comes in as second on our list, and despite being made in conjunction with Apple, it works well for the LG V40 ThinQ. It’s a sleek-looking wireless charging pad, so it’ll fit in with any style of home or office. It’s able to output 7.5 watts of power, so you’ll get a quick charging speed, too.

In typical Belkin fashion, there are some excellent charging protections inside of the Belkin Boost Up as well, so you don’t have to worry about losing your LG V40 ThinQ to any electrical issues.

The Samsung Convertible Wireless Charger is the creme of the crop in wireless charging technology. You can charge your LG V40 ThinQ in two ways with this charge — first, convert into “Stand” mode so that you can stand your V40 ThinQ up while charging over wireless. This allows you to easily monitor notifications and phone calls while at work or just during the day. But, when you’re ready to put the smartphone away for the night, convert the Samsung Wireless Charger into its “Pad” position, set your phone down on it, and forget about it until morning!

This is one of the best wireless chargers on the market because of the quick charging speed — it has a total output of 9 watts so that you can juice up your LG V40 ThinQ at a rapid rate.

We’re big fans of what the Cubevit Fast Wireless Charger has to offer as well. It’s a reasonably lovely choice, bringing you some decent wireless charging for the LG V40 ThinQ. The design might not be as sleek as some of the options from Samsung or Anker, but it still has a beautiful, textured appearance to it.

You should be able to use this wireless charger with any device that supports Qi charging.

If you’re on the go a lot or like to travel, then you might want to consider the Scosche MagicMount for all of your wireless charging needs. This acts as a portable power bank with a capacity of 4,000mAh; however, the neat thing about is that you can hook up a Qi wireless adapter to it to charge your smartphone over wireless. You can juice up your V40 ThinQ by wire if needed, but the adapter will make charging a little quicker and more efficient. 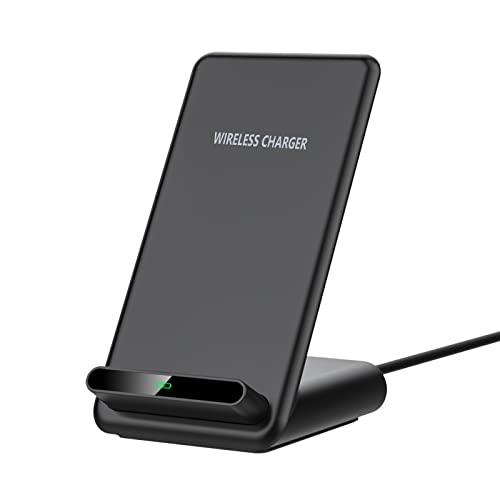 The Yootech Wireless Charger might come in as last up on our list, but it’s still an excellent choice for those that don’t want to spend too much money on a wireless charger. That’s why the Yootech is one of our favorites — they seem to nail the formula between a quality and budget wireless charger. Believe it or not, it’s a little faster than most wireless chargers, with the Yootech able to deliver up to 15 watts of charging power. On top of that, it has the necessary safety precautions to charge up your LG V40 ThinQ, and any other device, without any voltage spikes or electrical problems.