The LG G7 ThinQ has a massive, but beautiful display. It can show you a ton of detail in movies, TV shows, and regular video. It can even provide you enough real estate for multitasking with multiple applications. However, just like any smartphone, the screen on the LG G7 ThinQ can get marred up quickly. Put it in your pocket, and it can gain scratches, deep cuts, and more from change, keys, and other items rattling around in there. 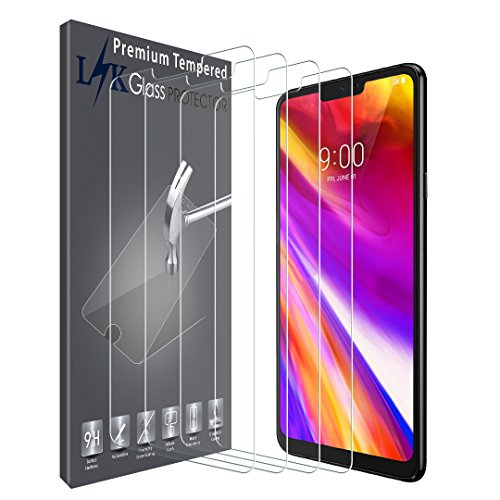 First up on our list is the G7 ThinQ Screen Protector from LK. They provide you a lot of value for money here, giving you four screen protectors in a single package. At the current price, you will get four tempered glass screen protectors with a hardness rating of 9H. LK’s screen protectors are self-healing, so minor cuts and scratches disappear over time.

Tempered glass is a nice screen protector material to put on your phone because it lasts a lot longer than the traditional, plastic film and protects against more severe damage. Tempered glass screen protectors have even been known to prevent your screen from cracking by taking the impact of a fall or drop 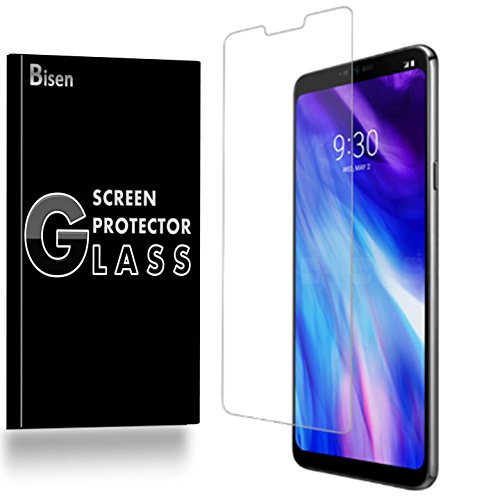 The Bisen G7 ThinQ Protector doesn’t offer as much value as the LK package, but you still do get two for a few dollars. The advantage the Bisen protectors have over the LK is that they’re ultra-thin and have a transparency rating of 99.9%.  This means that, after the screen protector is applied, you won’t lose any screen quality — text should stay just as sharp and media just as vivid and detailed. This set of screen protectors has a coating over the top of it that prevents fingerprints from lingering around — the coating attempts to dispel water, too. 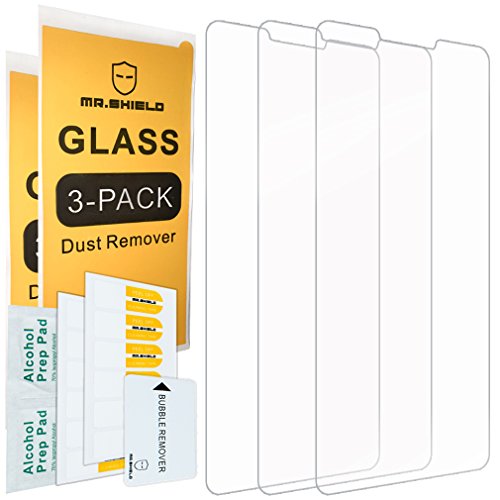 Next, up, we have the LG G7 ThinQ Tempered Glass Screen Protectors by Mr. Shield. This is a pretty valuable package, getting you three tempered glass screen protectors for a meager price. These are ultra-thin tempered glass protectors that have a transparency rating of 99.9%. That said, you shouldn’t lose screen quality with the Mr Shield options as well. The nice thing about Mr Shield screen protectors is that they all have a lifetime replacement warranty — that means when one gets damaged or isn’t usable, you can send it in, and Mr Shield will replace it with a new one hassle-free. 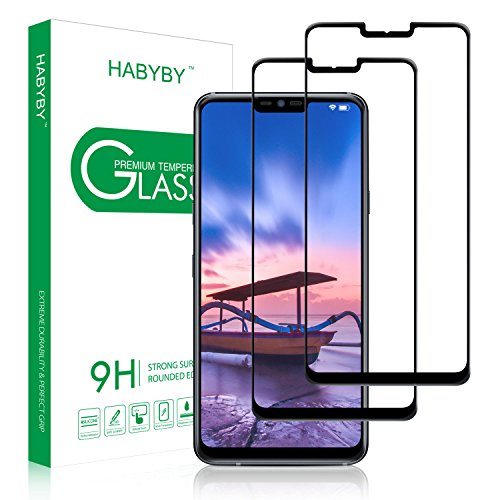 The HabyBy G7 ThinQ Screen Protector isn’t a bad option either. This is a tempered glass screen protector, and you get two in the package for a meager price. It’s a thin protector that offers full-screen coverage — yes, even the edges. The best part is that HabyBy has made this one case-friendly, so you shouldn’t run into problems with having to find a case to support the protector either. There’s a coating on top of the protector to dispel water and keep it free from fingerprints. It has double tempered glass protection, so your phone will stay protected against even the harshest of damage. 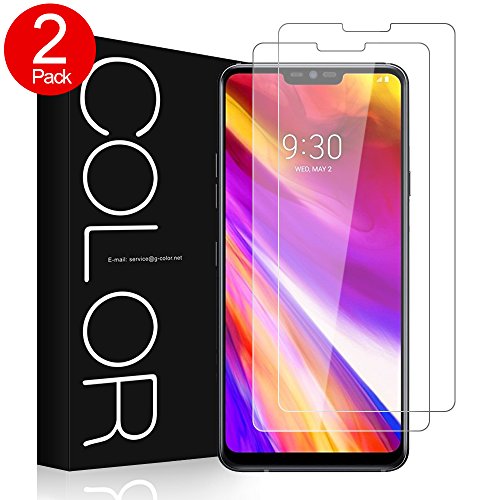 The G-Color LG G7 ThinQ Protector might be last up on our list, but G-Color is offering a fairly valuable package that’s difficult to pass up. This one offers you two tempered glass screen protectors for a few dollars. It’s a case-friendly protector with a hardness rating of 9H. It has a bubble-free application, and there’s a coating on top to repel fingerprints and water. It comes with an installation tool for an easy install, and with its premium construction, there’s no glitter effect on the glass. It has that 99.9% transparency rating that everyone wants, too.

As you can see, there are a lot of great screen protectors on the market for the LG G7 ThinQ. That can make it difficult to buy from the right brand, but really, any of the screen protectors on this list will do. Just find the value that’s most optimal for you, as any tempered glass protector is going to have 100 times more protection than your traditional plastic film.