There are plenty of mid-range offerings available in the market today, and popular among them are the Moto G7 and the Moto G8 which you may have seen on multiple online platforms already. But given that both are mid-range offerings, there’s a fair bit of confusion among the customers as to which one offers better value.

This is why we’ve decided to take a closer look at both smartphones to make sure you get a better idea of which one is better suited for you. We’ll have a look at all the key features of both smartphones. The phones launched a year apart from each other, so there are quite a few differences between them.

Let’s have a look. 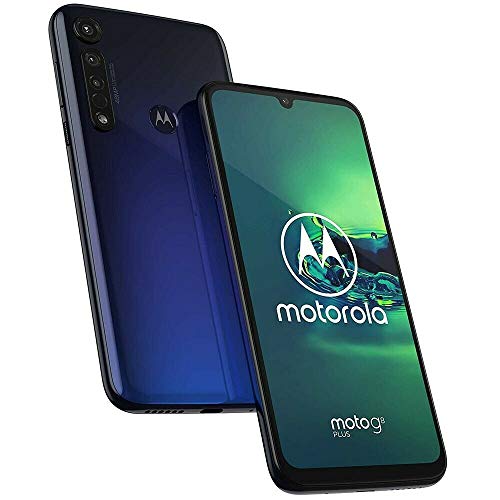 The Moto G8 has clearly gone through a handful of changes, and it has somehow made the device thicker. The G8 has a thickness of 9mm which could likely be due to the bigger display used on the phone. At around 188.3 grams, the phone is pretty bulky too.

One big design change here is that instead of using a glass back panel, Moto has gone with a plastic panel instead. While this would theoretically make the device lighter, the addition of a bigger battery probably drove up the weight.

The Moto G8 display is certainly one of its strong suits, and it offers a large screen real estate to get work done. It has a 6.4-inch IPS LCD screen bearing a resolution of 1560 x 720 pixels. Additionally, it has a screen to body ratio of 82.2%, which is fairly decent for a smartphone, but certainly not the best. Customers will also notice that the G8 has a hole-punch camera cutout for the front, which is a big shift from the notch on the G7.

Also new to the Moto G8 is the addition of a third camera sensor on the back. This consists of a 16MP wide angle camera, an 8MP ultrawide sensor, and a 2MP sensor for macro shots. While the rear camera can support HDR shots by default, it’s certainly not the best in the market right now. Although the rear cameras can capture 4K videos, it will be capped to 30 fps. The same applies to 1080p videos as well.

The front camera on the Moto G8 is a welcome change, especially in comparison with the G7. The phone offers a hole-punch camera as we mentioned above, although it’s only an 8MP single sensor for selfies and video calls. The front camera supports 1080p videos at 30 fps.

Moto is using the octa-core Snapdragon 665 SoC under the hood, which powers plenty of other mid-range offerings. This is accompanied by the integrated Adreno 610 GPU.

Moto is using a 4,000 mAh battery with the Moto G8, which makes it one of the better equipped phones out there. This allows the phone to run an entire day without needing a recharge. Unfortunately, the Moto G8 is somewhat lacking in terms of fast charging capabilities. The standard charger offered by Moto can only offer 10W of power. In a time when most mid-range phones come with fast charging capabilities, we feel like Moto missed a trick here.

The Moto G8 is only available in one storage variant – 64GB. Thankfully, however, the company offers a microSD card slot as well. Further, the Moto G8 comes with 4GB of RAM underneath, which is quite disappointing for a mid-range phone from 2020.

The Moto G8 has a rear mounted fingerprint scanner, much like the predecessor. Similar to the G7, the sensor is located on the Moto logo, which gives it a classy look overall.

The G8 uses a USB C port for charging, which is now a standard in the mobile industry. What we like about Moto’s handsets is that they often include 3.5mm headphone slots, and the Moto G8 is no exception to that. While USB C adapters can technically enable compatibility, it brings up several hurdles.

While the G8 doesn’t have an official water resistance rating, the phone can reportedly survive drops and falls.

The Moto G8 comes with Android 10 out of the box with a relatively clean user interface. This is something we’ve associated with Moto phones for a few years now.

The Moto G7 utilizes an older design philosophy, one that we’ve seen with multiple smartphones in the past. This consists of a notch camera on the front, and a relatively thick bottom bezel. However, at just 8mm, the phone is fairly thin among its contemporaries. Further, at just 172 grams, the G7 is certainly lighter than its successor.

The G7 uses an aluminum frame while the front and back are made up of glass. This makes the phone more likely to break or get damaged at impact.

The Moto G7 has a slightly smaller display at 6.2 inches. However, the resolution is much better at 2270 x 1080 pixels, which is slightly surprising for a predecessor. The G7 has a screen to body ratio of 81.4% which gives the Moto G8 a slight advantage. The display is protected by Corning’s Gorilla Glass 3 as per the company.

Since this phone was launched in 2019, it settles for a dual-camera setup on the back consisting of a 12MP primary sensor, and a 5MP depth sensing sensor. The company says the Moto G7 camera can take 1080p videos at 30 or 60 fps while 4K videos are capped to 30 fps.

It’s likely that the front camera here is the same sensor as the one used on the Moto G8 (8MP), although Moto hasn’t provided clarity on this. Just as the Moto G8, the G7 can also take decent wide-angle selfies while also doing a great job on video calls depending on your network strength. One key difference that users will notice here is the inclusion of a central notch rather than a hole-punch sensor like on the G8.

This is an area where the G7 falls short somewhat. It’s using the octa-core Snapdragon 632 chipset, which is based on the older 14nm chipset. But with that being said, the phone should be able to return decent performance. Accompanying the chipset, is the integrated Adreno 506 GPU.

The battery capacity is slightly lower on the Moto G7 with the company offering a 3,000 mAh unit. While this may not provide battery performance similar to the G8, it should get the job done regardless. While there are no additional charging features like wireless charging or reverse charging, the Moto G7 is compatible with the company’s default 15W fast charging standard.

Users have no variants to choose from with the Moto G7, so it’s not too different from the G8 in that regard. The handset is sold with 64GB of internal storage and 4GB of RAM. This makes it fit in well with the mid-range crowd, although it’s not going to break any benchmark performances.

Moto has been wise enough to include a fingerprint sensor here, placed right under the Moto logo on the back. The feature works perfectly for locking and unlocking your phone, although can take some time to activate on some occasions.

There’s no highlighted water resistant capabilities with the Moto G7, it should be able to handle light splashes and/or rain. However, it’s unlikely that Moto will repair a waterlogged phone as it’s probably not covered under warranty.

The phone offers a USB C port for charging and data transfer. To save you the trouble of having to get an adapter for wired headphones, Moto has taken the wise call of including a 3.5mm headphone jack with the G7, and the trend has continued with the successor as well.

The Moto G7 currently selling on Amazon comes with Alexa built-in, allowing you to control your connected devices using your voice. However, this feature can also be enabled by simply installing the Alexa app from the Play Store.

Customers can get the Moto G7 in Ceramic Black right now with other models out of stock.

The G7 is available with Android 9 out of the box, although the company has started seeding the Android 10 update in some parts of the world.

The Moto G8 or the G8+ are exceptional offerings for the American audiences and is certainly one of the best mid-rangers you can get your hands on right now. But with that being said, the Moto G7 is also a pretty stellar mid-ranger, particularly if you can get it on sale from a retailer.

If you’re looking from the perspective of features, we feel the Moto G8 is definitely the device to get. However, the Moto G7 has some advantages to its name as well, although it has multiple limitations too. For one, the G7 comes with Android 9 out of the box while Moto G8 launched with Android 10 on board. Moto uses a fairly stock version of Android anyway, so either phone shouldn’t be a problem from a software perspective.

To summarize, you can’t go wrong with either phone, although we’re leaning heavily on the newer Moto G8.