Tablets are quite common in the tech industry today with new tablets launching every other day. As you may well know, tablets evolved a great deal in a time when DVD, a disk that can contain files and media, was being put aside by the newest disc platform at the time known as BluRay. Today, even BluRay has been left behind with only a few manufacturers still using it mostly for gaming or new movies.

So what if you want to get a modern-day tablet that also supports DVD player? Well, if you’re wondering what’s the use case for a device like this, well, think something like your car which can play DVDs and also offer the flexibility of a touchscreen tablet. 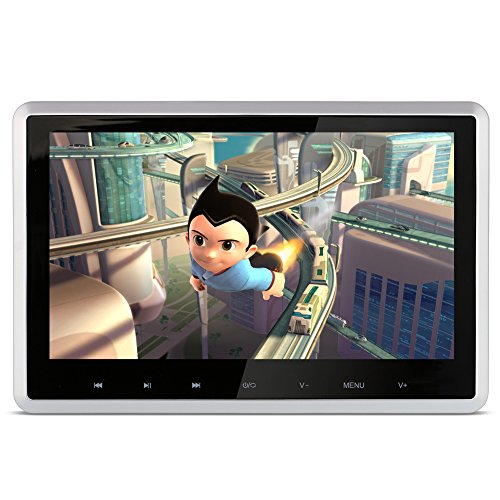 This is a headrest display which also acts as an Android tablet. The manufacturer is using a 10.1-inch display on this tablet, with Android 6.0 Marshmallow running the software side of things. The company mentions that the tablet is using a quad-core 1.3 GHz processor under the hood, so it should comfortably run apps as well as games. It also comes with 16GB of storage and 1GB of RAM, so multitasking shouldn’t be a concern here.

The company mentions that this uses a slot-in DVD player, which allows the device to retain its thin profile. It also comes with a microSD card, so you can easily play movies or music from your portable storage devices. There’s Bluetooth 4.0 support as well as HDMI output available on this DVD tablet combo as well, making this a well connected device.

The manufacturer has packed in a 4,500 mAh battery which can reportedly last for 2-3 hours of movie watching. This screen also comes with a kickstand which can be used at home or picnics. 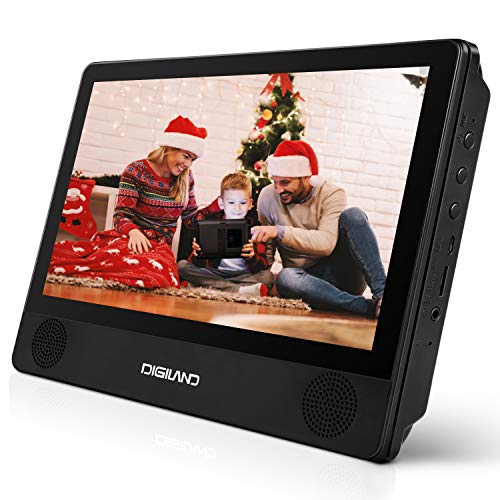 This is the second DVD tablet combo by DigiLand that we’re talking about. Unlike the model we discussed above, this is slightly smaller with a 9-inch display. Right below the display, there are speakers on either side, which can provide loud enough sound for the entire car.

What’s good about this DVD tablet combo is that it runs Android 8.1 Oreo, so it’s not as old as some of the other tablet/screen combos. This also comes with support for the Google Play Store, so you can download all the apps and games that you please.

The DVD player works just as expected, and supports a wide range of formats as well. This tablet comes with 16GB of internal storage, which can be expanded up to 32GB using a microSD card. 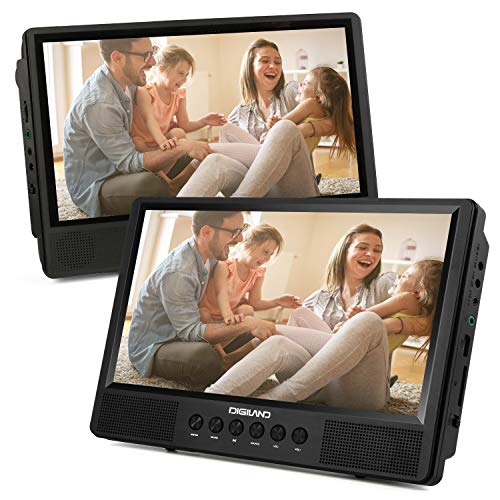 Those who have looked for a decent DVD tablet combo will know that DigiLand is one of the most popular brands out there. This manufacturer has multiple DVD and tablet combos, and the one we’re picking today comes with two screens. However, this is not your conventional dual-screen device, as one display is only used as a monitoring screen while the other is a 10.1-inch touchscreen with Android on board.

While the company hasn’t mentioned how long the battery can last on standby, it can supposedly play movies for a period of 2 hours. In addition to taking DVDs, this tablet can also handle CDs as well as formats like MP3, MPEG-4, DivX and so on. It runs Android 7.0 Nougat, so you get all the goodness of Android along with the Google Play Store.

The company mentions that you can charge this dual-screen combo using the supplied AC power adapter as well as the 12V Car Charger, offering flexibility with regards to where you use it. If you’re concerned about the minimal battery life, we recommend plugging it into the 12V car charger so it can keep running without ever going off. 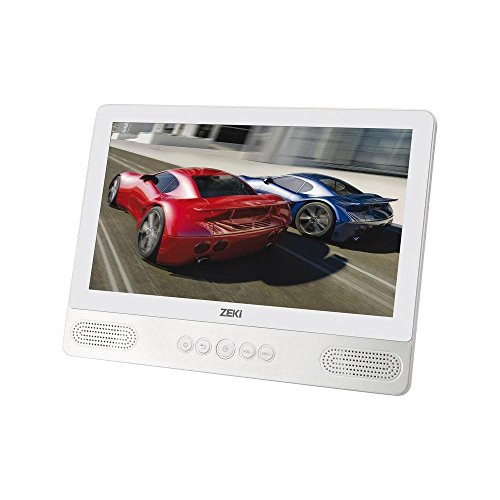 This is a single screen DVD player tablet combo that has a 9-inch LCD screen that can let you play games or even watch movies. For those who plan to use this on their cars, the company also provides a headrest strap to keep it intact while driving. While it has a rechargeable battery onboard, the company also offers AC/DC power adapter and 12V DC car adapter.

Naturally, the tablet also comes with preloaded Android apps, although it’s running a relatively older version of Android (Lollipop). As far as media options are concerned, this is no different from a tablet that you may come across in the market today. This is because it supports a wide range of formats, in addition to DVDs, MP4, Mp3, and so on. You can also choose to add media via the onboard microSD card slot, while the company provides 8GB of internal storage by default.

The company claims that the tablet can last for around 3 hours on a full charge, but users can rectify this by keeping it plugged in via the provided AC adapter for non-stop use. Powering this DVD tablet combo is a 1.3 GHz quad-core CPU. 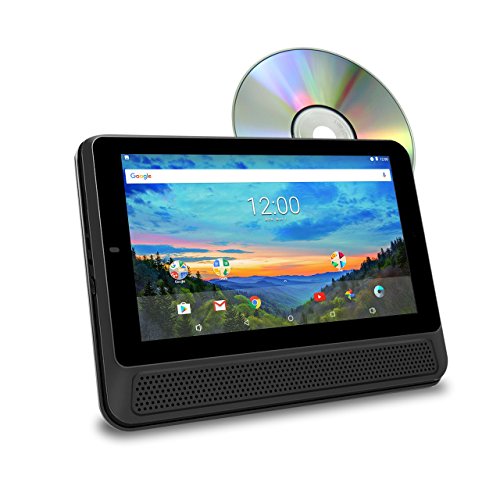 This tablet comes with a 10-inch 1024 x 600 pixels display accompanied by 16GB of internal storage for media and apps. There’s 1GB of RAM here along with a quad core processor which should help apps and games run fairly smoothly. Don’t let the lack of storage disappoint you, since there’s also a microSD card slot on the device. The tablet comes with Android 6.0 Marshmallow, so while it’s not the most recent version of Android, its recent enough to be recognizable to most Android users.

The DVD player here is hidden securely, so it doesn’t pop out of its shell too much. The tablet comes with an AC adapter as well as a car adapter accompanied by a car headrest strap. The company claims that the battery on this device can last for up to 6 hours on a single charge.