Whether at home or the office, sometimes you don’t want to have to rely on your cell phone for phone calls.  Perhaps you prefer to have a separate home number to call so that you can put your cell away. Maybe you prefer to not carry a cellular phone at all, but traditional lines and cordless phones are still necessary for today’s environment.  If you’re anything like we are, walking into the store it seems like all cordless phones are the same, but that’s not the case.

We’ve looked at several different cordless phones and after reviewing them all, we’ve settled on the five best cordless phones for all of your home or office needs here in 2018.  It will be no surprise that some of them come from the same companies because the top cordless phone manufacturers have been at it for some time and have figured out how to rise to the top of the cordless phone market.

Let’s take a look at the five best cordless phones of 2018. 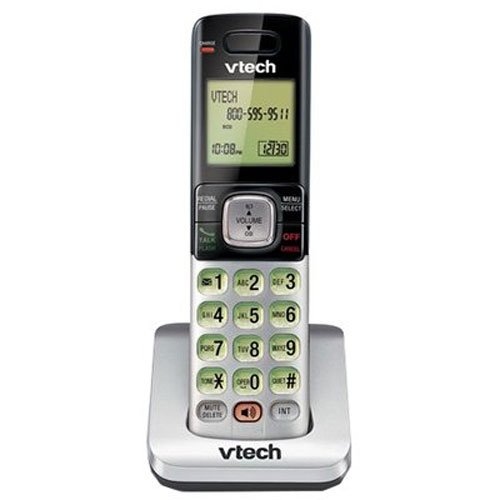 Produced by VTech, their first entry on our list of the top five best cordless phones of 2018 is an expandable home phone system that will allow you to have up to five handsets on a single phone jack.  With a nine number speed dial and a phone directory capable of handling up to fifty contacts, the CS6709 makes it easy to reach out and touch someone from the home or office. With the expansion handsets available, it also makes it rather simple for offices and retail establishments as the primary unit can be plugged into the office and ancillary units set up around the building for various department heads without having to run additional phone jacks. 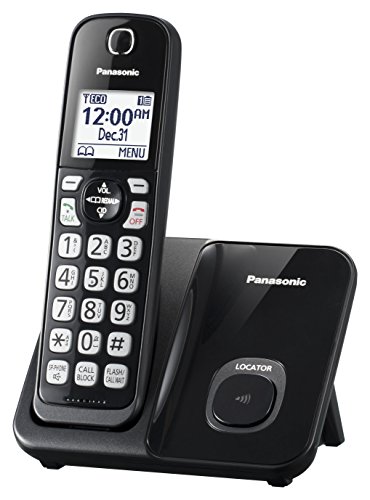 With a white backlit display and amber backlit buttons, the Panasonic KX-TGD510B is a great cordless phone system and it is even easy to see after hours.  Whether in the early morning at the store or a late night at home, see clearly to type in a number to call out or easily see who is calling in with the bright display.

One of the features we love about Panasonic cordless phones in 2018 is the call block button.  Annoying telemarketers or political polling calls will find it harder to reach you when your handset has a call block button that can prevent up to 150 numbers from interrupting your tranquility.  What’s more, the convenient locator button on the base of the unit makes finding your cordless handset even easier. 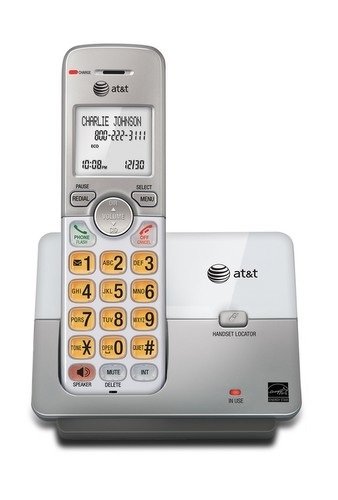 While the AT&T EL51103 unit certainly isn’t the flashiest or most advanced cordless phone on the market, what we love about the EL51103 unit is that it is specifically designed for a target audience and with this phone, AT&T hits a home run.

Designed with seniors in mind, the EL51103 unit comes with an enlarged, backlit LCD display screen.  This makes it easier to read your call history, see who is calling in, and the lighted handset makes dialing in easier in low light conditions.

Oversized buttons on the handset make it easier to manipulate the numbers as you’re dialing in addition to making it easier to differentiate which numbers and letters are for the visually impaired. Finally, the AT&T EL51103 unit is hearing aid compatible, which is a rarity among cordless phones.  Most phones are rife with interference and static when used with hearing aids that make hearing the other end of the call harder than not wearing the hearing aids at all. 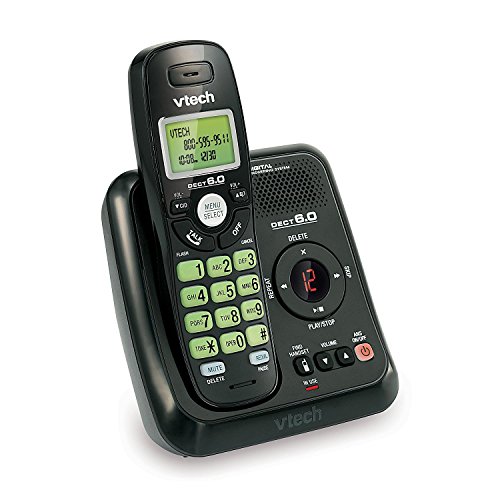 VTech makes a second entry on our top five with their VA17241BK unit.  Either table or wall mountable, this cordless phone is great as it comes with the best answering machine functionality of any of the cordless phones we’ve examined so far.  With the ability to store up to 14 minutes of voicemail messages, the VA17241BK should have no problem keeping up with your calls when you can’t.

Additionally, the caller id and recent call lists are much improved.  Not only will it keep track of your previous 30 calls, but it will also time and date stamp the calls for you.  Now you know whether that call from Uncle Bob came yesterday afternoon or a week ago last Monday. This unit does a great job of tracking your call history and catching those calls you missed so that you don’t miss any important announcements from weddings to babies.

Buy it now: Amazon
https://www.amazon.com/Motorola-RT802-Expandable-Bluetooth-Answering/dp/B077GCNVHC?tag=tdguy2-20″https://www.amazon.com/dp/B077GCNVHC/”>Motorola RT802
It shouldn’t surprise us that the top cordless phone of 2018 is made by one of the premier cell phone manufacturers in the business not too long ago.  Perhaps because of their success in cell phones, the Motorola RT802 supports Bluetooth connectivity with your cellular device allowing it to draw from the contacts and numbers stored in your cellular device in addition to the ones you have programmed into your phone.

With 22 minutes of voicemail storage, up to a thousand numbers in the blocked calls directory, and remote access, the RT802 surpasses the rest of the competition in both quality and versatility.

While most cordless phones are going to be very similar with very similar functions, the two that stand out the most are the AT&T model given its appeal to the senior market, and the Motorola RT802 simply because it offers so much more than just the traditional landline experience – and for those homes that have multiple users it can support up to five handsets on a single phone jack giving you the ability to have a complete cordless phone solution in your home or office.