If you’ve got an old car and have trouble getting your phone’s music to play in it, then you might want to consider some alternative hardware. We already showed you how you could transmit your phone’s music via an FM Transmitter, but you can also use a Bluetooth Aux Adapter if your car has an auxiliary port. Many older, basic cars didn’t have an auxiliary port, but upgraded models and packages did. That said, picking up a cheap Bluetooth Aux Adapter would allow you to quickly and easily stream music directly from your car’s speakers.

The way it works is that you plug in your Bluetooth Aux Adapter to the car’s 3.5mm port, then you connect up to it with your phone’s Bluetooth connection. Finally, you can start playing any audio you want — music, podcasts, comedy talks, etc. — and it’ll start playing it over your car’s speakers. Sounds simple, right? That’s because it is!

What Bluetooth Aux Adapter do you pick up, though? If you follow along below, we’ll show you some of our favorite options.

The TekHome Bluetooth Aux Adapter is simple and easy to setup. Insert the aux end into your vehicle’s auxiliary port, and your car will instantly become Bluetooth-ready. You’ll be able to play all of your favorite music over Bluetooth with the adapter from TekHome, as well as podcasts, audiobooks, phone calls, and more.

This option from TekHome is an excellent choice, as it takes up less power, has a better range, and even better transmission speed, which helps for clearer music. You can use this option from TekHome while charging. And with optimizations inside, once you turn your car on, TekHome will connect to the last device it remembers being connected to.

Esuper offers an excellent low profile choice for a Bluetooth Aux adapter as well. Operating on advanced Bluetooth technology, this low-power solution will easily bring Bluetooth connectivity to your car. You’ll be able to take much of your phone’s abilities over Bluetooth, including phone calls, regular music streaming, and more.

You will have to take it out and charge it, as it doesn’t receive any power itself from the aux port. You should be able to get five hours of music playback, talk time, or radio out of this car adapter. Alternatively, it’s also capable of up to 300 hours of standby time. Esuper offers a one-year warranty and lifetime support with your purchase. 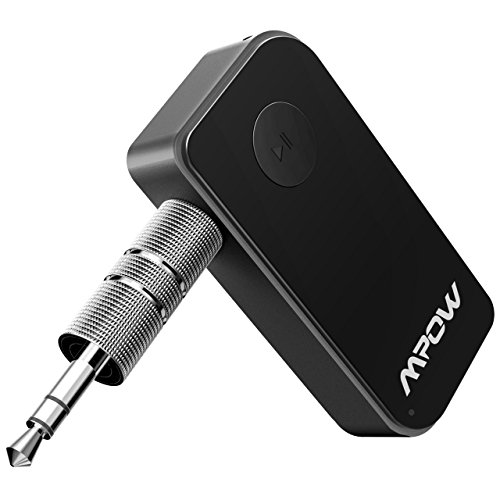 Next, we have the Mpow Bluetooth Aux Adapter and Receiver. Plug it into the auxiliary port, give it power, and you’re ready to connect up your phone to this adapter. Once you’re ready to play music, make sure your car is playing out of the 3.5mm audio jack, and then choose any music you’d like. It even has a built-in microphone for taking calls — the audio still plays over the car speakers, but you can also talk without picking up your phone. 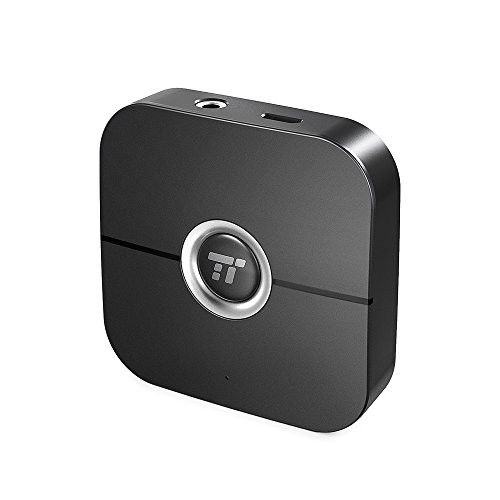 Next up, we have the Bluetooth Aux Adapter by Taotronics. It works similarly to how the Mpow Bluetooth Aux Adapter works, only it’s got a lot more technology in it. You have to charger this adapter up separately, but once it’s charged, it’s ready to play music. Plug it into your car’s stereo system via a 3.5mm cable, connect it to your phone by way of Bluetooth, and you’re ready to start playing audio. It works over RCA, as well. The battery can run for about 55 hours, though we imagine that it all depends on how much music you’re streaming. 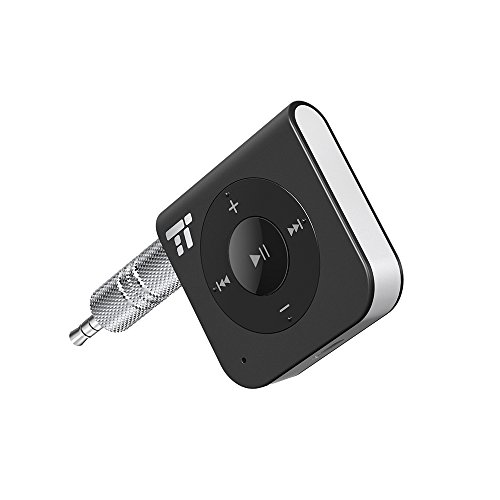 Taotronics offers another Bluetooth Aux Adapter, with this one designed to last for 15 hours of straight music streaming. This one plugs directly into a 3.5mm auxiliary port, so there are no cables necessary here. There’s a button right on the adapter for play/pause, which also functions as a take call/hang-up a call.

That in mind, there is a microphone built right into the adapter, which will allow you to talk to friends and family without ever picking up your smartphone. It operates over Bluetooth 4.1, so you should get some pretty good battery efficiency out of this one. 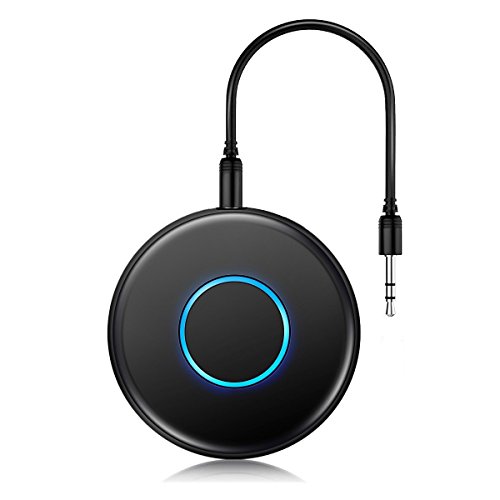 Looking for something a little more low profile? Then you can’t go wrong with what Tvird is offering in their Bluetooth Aux Adapter. This is essentially disc with a 3.5mm cord hanging out of it. Plug it in into the port, and then you can let the disc set on a cup holder, or somewhere else that is inconspicuous.

Just like the Taotronics options on this list, this adapter does support hands-free calling — there’s a button you can press to take calls and end calls. The battery should last for around 10 hours of uninterrupted streaming.

The Bluetooth Aux Adapter by TekHome is one of the more straightforward choices out there. If you have a non-Bluetooth equipped vehicle, plug this into your car’s 3.5mm audio jack, and you’ll be ready to go. The audio jack powers this adapter, so once you plug it in, you can then start the pairing process and hook it up with your Android phone.

Once paired, you’ll be able to stream music, videos, and more to your car from your Android device. This upgraded model brings you two times the transmission speed, four times the range, and overall much less power consumption.

This one by TaoTronics does essentially the same thing as the others, but it runs on Bluetooth 5.0. However, this one does have its battery that you will have to keep charged — it lasts ten hours, which is something to keep in mind during your travels. 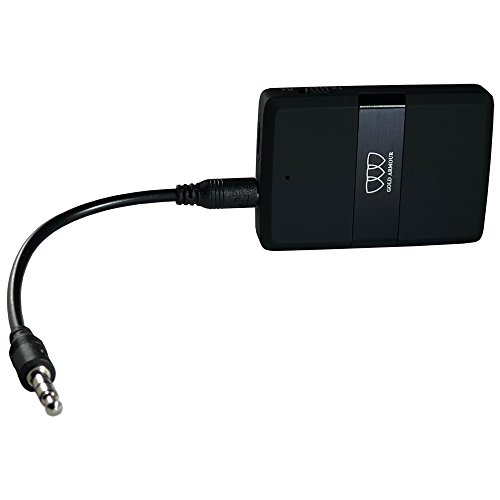 Last, but certainly not least, we have the Gold Armour Bluetooth Aux Adapter. This one has a lot of technology packed into it, allowing you to connect up to two devices by way of Bluetooth — it is intelligently able to tell which one you’re streaming from.

On the other hand, you could connect up to two pairs of headphones and listen to music output. It’s got a 3.5mm audio jack if you want to hook it up to the car as well. It comes with all of the cables you’ll need for this, so you don’t have to buy any of that separately.

As you can see, Bluetooth Aux Adapters can be super useful, allowing you to blast your favorite tunes and talk shows through your car’s speakers. It’s worth noting that these will work with any device that can receive 3.5mm input — that could be your car, but it could also be your speakers at home, among other devices.