Mobile games are perfect casual time-wasters, and gaming tablets are the best way how to enjoy them. Unlike gaming computers, tablets suitable for gaming are often surprisingly affordable, especially if you’re willing to live with lower graphics quality. And with Google recently announcing its latest batch of Android Excellence games, now is the best time to kick off 2020 with a new gaming tablet.

Amazon’s new Fire HD 10 finally has a Full HD display, making it perfect for casual mobile gamers or kids. At the current price, the Fire HD 10 is the most affordable tablet on this list, but that doesn’t mean that it’s the worst. The tablet may not have the greatest specifications ever, but it’s built like a tank, has a long battery life, loudspeakers, great display, and gives you access to Amazon’s massive ecosystem of books, music, and TV shows.

The Fire HD 10 is available in three colors—black, blue, and red—and you can get it either with 32 GB or 64 GB of storage space. 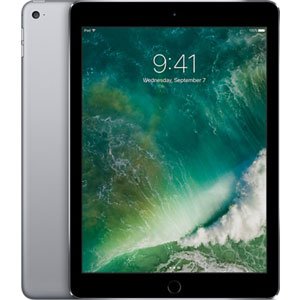 Before you scroll down to the comment section below and start typing an angry comment, let us first explain why it makes sense for Android fans to purchase the iPad for gaming. Besides being an excellent tablet in and of itself, the iPad allows you to enjoy iOS-exclusive apps and games.

Titles such as Infinity Blade, Pocket Planes, or Euclidean Lands are top-rated among the users of the iOS operating system, but they remain inaccessible to Android users because their developers haven’t decided to port them to other platforms just yet, and they may never do so. Owning an iPad alongside an Android smartphone allows you to enjoy the best of both worlds, and we think that’s worth crossing over to the dark side.

The Shield isn’t the newest gaming tablet out there, but it’s the only tablet on this list that has been designed with gaming in mind. It features the Tegra K1 processor, which has 192 supercomputer-class GPU cores and is built on the same NVIDIA Kepler architecture that drives the world’s most extreme gaming PCs and the fastest supercomputer in the United States.

Because of the unique architecture of the Tegra K1 processor, the Shield can play many Tegra-exclusive games, including Half-Life, Portal, Metal Gear Rising, The Talos Principle, Contrast, Tomb Raider, Pavilion, Doom 3, Riptide GP Renegade, Real Myst, Trine 2, Super Mega Baseball, and many others.

The Shield can also stream games over Wi-Fi on its 8-inch display from any GeForce GTX-powered PC thanks to Nvidia GameStream technology. Once you experience Rocket League on a tablet, you won’t have it any other way.

The Samsung Galaxy Tab S3 is a beautiful and extremely versatile tablet with a glossy glass back and a stunning 9.7-inch QXGA Super AMOLED display. The tablet is powered by Qualcomm’s Snapdragon 820 processor, which, while not being the newest nor the most powerful processor from the company, still packs a lot of punch and can play even the most demanding games at the highest quality settings.

The tablet’s quad-speaker sound system guarantees an immersive gaming and multimedia experience no matter how you hold the tablet, and the 6,000 mAh battery has enough juice even for the times when you stumble upon a new game and instantly become unable to put it down. Included with the tablet is the new S Pen. This time, Samsung has narrowed the tip to only 0.7 mm, allowing you to naturally jot down notes, draw sketches, or work on a spreadsheet. You can also get the optional removable keyboard cover and use the tablet as a laptop. 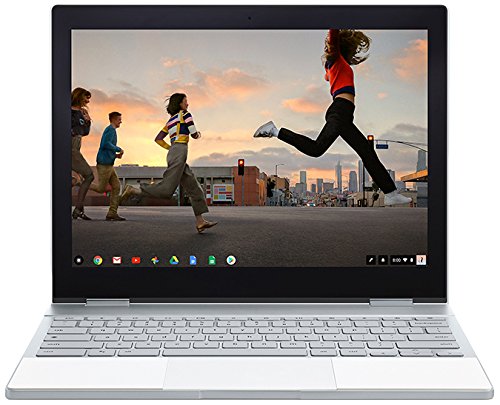 Google’s latest Chromebook is arguably the most beautiful device Google has ever made. With its dual-material chassis, the Pixelbook resembles the stunning Pixel 2 smartphone, except that it doesn’t run Android but Chrome OS, a lightweight operating system based on the Linux kernel and the Google Chrome web browser.

Chrome OS used to be great for people who spend a lot of time on the web, but we can now recommend it to anyone because Google has recently added support for Android apps. Don’t expect every single Android app to run flawlessly on the Pixelbook, but their support is getting better and better.

You can use the Pixelbook as a laptop, or you can flip the display over and use it as a tablet. You can even purchase Google’s smartpen and draw or write with excellent accuracy and no lag.