There are a ton of apps out there today that let you text your friends and family, which makes it hard to choose the best texting app. However, conventional SMS is somewhat forgotten today thanks to apps like WhatsApp, Telegram etc.

However, you will be surprised to know that standard messaging/texting is still pretty useful, especially when your contact doesn’t have any of the popular IM apps. Keeping this in mind, we’re going to take a look at some of the best texting apps out there that will surely renew your faith in SMS again.

Some of these apps are immensely popular, so you will have likely have already heard of them. That said, you may see some new ones here that you want to try it. So, without further ado, lets learn more about the best texting apps.

Messenger by Facebook is immensely popular in the marketplace for a number of reasons. It comes with a clean user interface, plus all your friends and family are probably on it. But did you know that you can also merge your phone number with Messenger to send standard SMS or texts to your loved ones?

Well, this feature is seldom talked about given the fact that people think of Messenger as an app for Facebook chat. But it’s a lot more than that, as it can now support in-app payments as well (only in some countries for now).

As far as the user interface is concerned, Messenger is pretty slick, runs as you would want it, and doesn’t lag (unless you have an aging device). It has some in-app purchases, however, which is mainly for the aforementioned payments service.

Data sent between two parties is encrypted, so you have nothing to worry about as far as security is concerned.

WhatsApp is another Facebook-owned messaging platform, but it’s another Internet-only messaging app that’s worth having on your phone. You can do much of the same that Facebook Messenger can do; however, it’s particularly nice for international messaging. You can easily add contacts, whether they be friends, family members, coworkers, clients, and so on.

You can easily send messages, just like on Facebook Messenger; however, its international no-fee calling abilities is probably the most impressive aspect of this one. If you don’t have traditional calling or SMS abilities, WhatsApp allows you to do all of that for free over the Internet. You cannot go wrong with Google Messages either. This is an excellent replacement for your stock SMS application, providing you with a cleaner and easy-to-use interface for SMS and MMS. It also supports RCS chat, which essentially gives you a lot of similar features to what you would find in iMessage, but for Android, obviously.

Google Messages is really nice in particular because of the rich communication features. It’s far better than, say, your stock Samsung app. This is a modern take on the standard SMS as it lets you customize your messaging experience down to the last detail. You can color up the entire user interface thanks to immersive themes or skins.

Since this is an Android app, customers can also change the notifications they get, including the color of the LED on your device when a message is received. Functionality wise, you get a secure app with a pattern lock feature coupled with the ability to pin your favorite contacts to the top of your list for easy access.

What I personally like is that you can recall an SMS when it is still in the process of being sent. This might take some getting used to however as a text message doesn’t take too long to send.

There are blacklisting options available as well, which can be handy in dealing with telemarketers and spam in general. You also get access to over 1600 emoji on the app, giving you the liberty to choose from iOS and Twitter emoji in addition to the standard emoji offered on Android. This is a next-gen texting app as it can let you send messages to your other friends on the platform without even touching your phone. While this feature is not groundbreaking by any means, it’s a decent feature to have nevertheless.

Users can also send conventional SMS with the ability to customize the themes and other aspects of the app. Customers also have the ability to set a private inbox which requires a PIN to open. This keeps your messages safe from prying eyes.

It comes with a dedicated blacklist/block service in addition to an automatic backup function allowing you to restore messages on your new phone. The app comes integrated with GIPHY, offering you the ability to send GIFs directly to your contacts in the form of an MMS. There are interactive stickers available here as well. Handcent is a free download but comes with ads and in-app purchases. This is a heavily customizable texting app that lets you change its color scheme and naturally, send texts to your contacts. It also has compatibility with wearOS, letting you reply to your text messages without picking up your phone. On Android, it supports pop up replies, so you can reply to texts from practically any app. A new update to the app enabled support for dual-SIM smartphones as well, which are quite popular in Europe and Asia.

There’s a clever conversation search feature which is seldom found on messaging apps. You can create group chats, send stickers, photos, videos on MMS, and access features like night-mode to reduce strain on your eyes during night time.

What’s even better is that even though the app is free to download, it has absolutely no ads on board, thus allowing you to use its features without being interrupted. There are in-app purchases, however. The app is slightly newer to the market, and hence requires smartphones running Android 5.0 and higher. 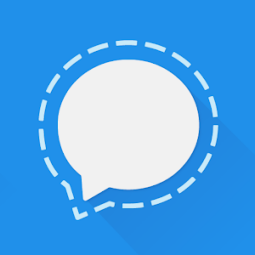 This is a slightly unconventional messaging app is it needs your phone number and accesses your device contacts, but allows you to message your contacts without spending a dime on SMS charges. It can be considered a bridge between a standard SMS and instant messaging, which is what most apps do anyway. The user interface is pretty refined, allowing you to find exactly what you’re looking for.

The company mentions that the app encrypts all its chats and has even made its source code public so interested developers can verify this on their own.

Given the advent of unauthorized surveillance, an app like this is just what you need to keep your messages and conversations away from prying eyes. The best part? Well, the app is completely free to download and is devoid of ads and in-app purchases.

Verdict On The Best Texting App

Here we’ve shown you some of the best applications that you can use for free texting. Most free SMS texting has become non-existent; however, texting is still widely available as far as instant messaging goes. We’re talking about applications like Facebook Messenger, WhatsApp, and similar platforms.

That said, just about any one of these applications are going to accomplish what you’re after — free communication with friends and family. Do you have a best texting app? Let us know in the comments section below.