Dual SIM phones are not exactly popular in the U.S. with companies like Apple, Samsung, and others offering single SIM handsets that offer users the ability to use just one number. This is primarily because most handsets are bought through carriers, who prefer to offer single SIM versions of devices. This has made dual SIM phones largely an Asian and European phenomenon, which is strange, but that’s how the market is right now. But what if you’re in the U.S. and still want to get your hands on a dual SIM phone?

Well, there are ways to do that thanks to a handful of manufacturers who offer dual SIM handsets out there. These are not budget or mid-ranged devices, though, and you will be required to shell out a good deal of money for these phones. That’s because most of these are flagship offerings that come with the best combination of hardware and software. So if you’re in the market for a high-end dual SIM handset, this list will help you a great deal. So let’s have a look. 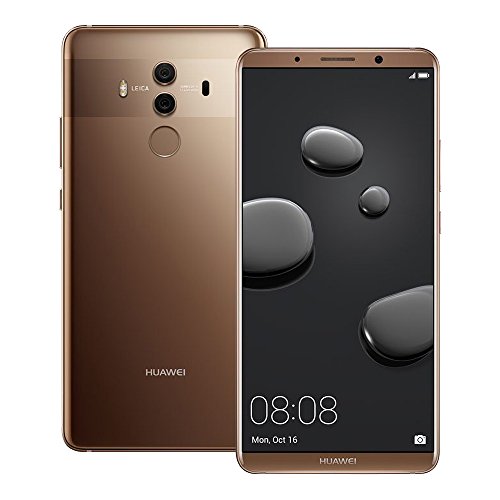 The Huawei Mate 10 Pro was officially announced a couple of months ago and is one of the company’s top end flagships. It comes with hardware to rival the best in the business right now, making it an exciting flagship to own. In terms of the design, the handset comes with an all-glass design, giving it a premium feel, while the frame is made of aluminum. It’s only 7.9mm thick, which is amazing, given that it packs a 6-inch AMOLED display on board.

The display features a resolution of 2160 x 1080, which is slightly odd and unheard of in the industry, but Huawei is known for that. The handset also packs an octa-core Kirin 970 SoC, dual 12-megapixel + 20-megapixel rear cameras, an 8-megapixel front camera, 6GB of RAM, 128GB of non-expandable storage, Android 8.0 Oreo, and a 4,000 mAh battery under the hood. All of these features won’t come cheap. It’s not officially available in the U.S., so be sure to check for warranty and other product details with the seller before making the purchase.

With the steep price tag, the flagship is in the league of the iPhone X and the Samsung Galaxy Note 8. Considering the kind of hardware it’s packing, we feel the price tag is somewhat justified. Be sure to check it out on Amazon. 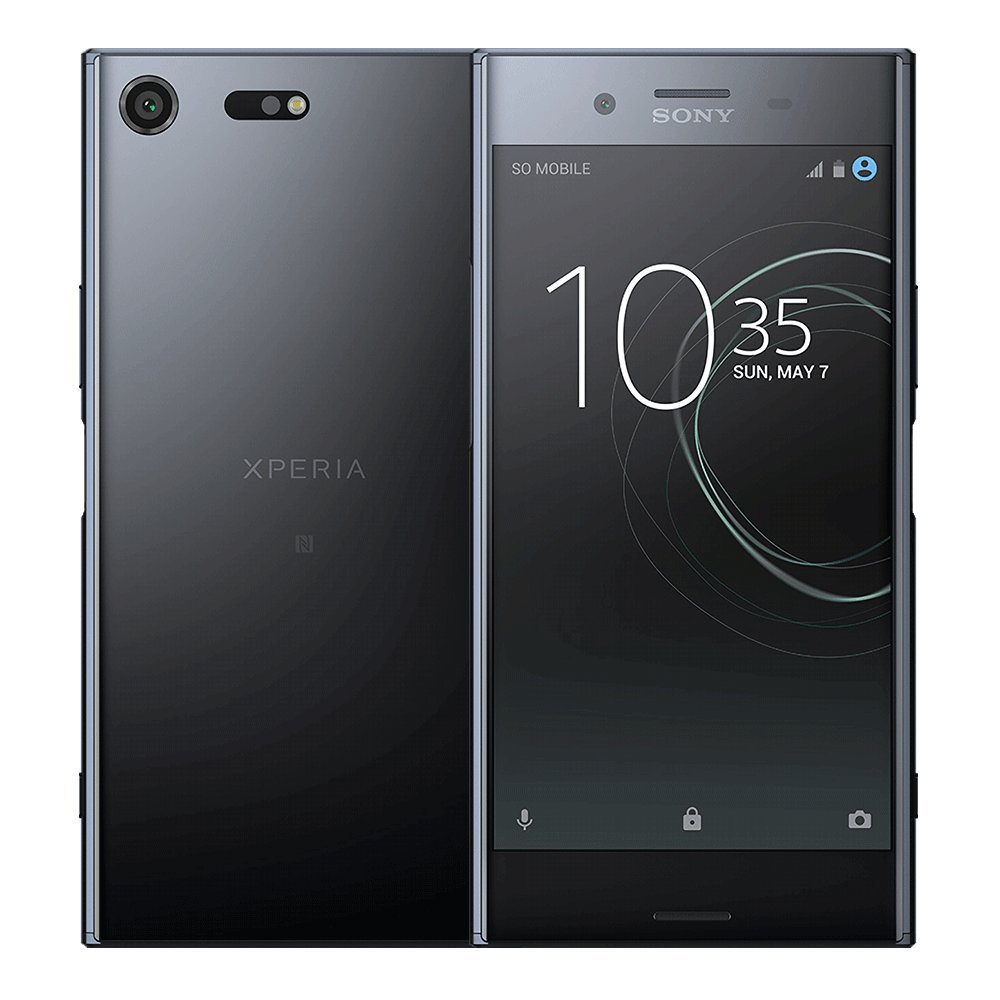 This is the successor of Sony’s first 4K phone and builds on almost every aspect of the predecessor. The Xperia XZ Premium didn’t make much noise in the market, mainly because it wasn’t freely available in the U.S. However, that changes now with Amazon listing the product on its site. The handset comes with a 5.46-inch 3840 x 2160 resolution display, the octa-core Snapdragon 835 SoC, 4GB of RAM, 64GB of expandable storage, Android 7.1 Nougat (upgradable to Oreo), a 19-megapixel rear camera, a 13-megapixel front camera, and a 3,230 mAh battery.

The 4K display on this smartphone isn’t active at all times for battery saving purposes. However, when you switch to video or images, the display automatically switches to 4K, which makes it pretty decent. The Xperia XZ Premium is also dual SIM compatible, which is one of the significant bonuses of this handset. Being one of the world’s only 4K display smartphone, the Xperia XZ Premium is an exceptional device. Amazon currently has the dual SIM version of the device. This model likely lacks an American warranty, although we recommend talking to the retailer for more information on the product. 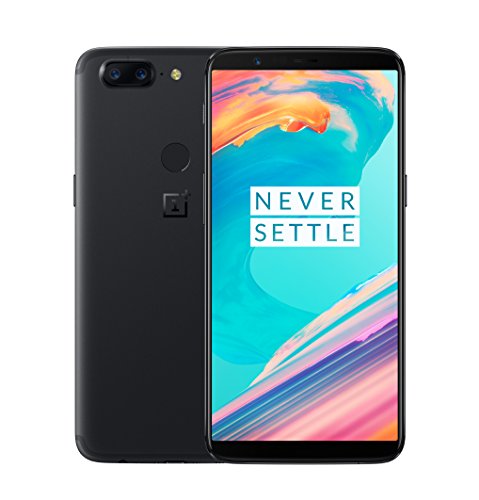 The OnePlus 5T was announced in late 2017 and is easily one of the best Android phones available in the market. It follows up on the excellent work done by the OnePlus 5, and packs the same dual-camera system on the back, and comes with a suite of other features to make it stand out from the predecessor. The smartphone is a dual SIM compatible, allowing you to use two numbers on the same phone.

In addition to this, the handset comes with a 6.01-inch 2160 x 1080 Optic AMOLED display, the octa-core Snapdragon 835 SoC, 8GB of RAM, 128GB of non-expandable storage, 16-megapixel + 20-megapixel rear cameras, a 16-megapixel front camera, and a 3,300 mAh battery under the hood. The phone comes with Android 7.1 Nougat, although the company has promised an update to Android 8.0 Oreo. It’s a pretty decent smartphone, although some users are bound to be disappointed, given that this phone was launched just a few months after the OnePlus 5 was released. But OnePlus is pretty clear in its policies, and it will continue launching two flagships each year.

The OnePlus 5T in a 128GB/8GB configuration can be yours via Amazon. 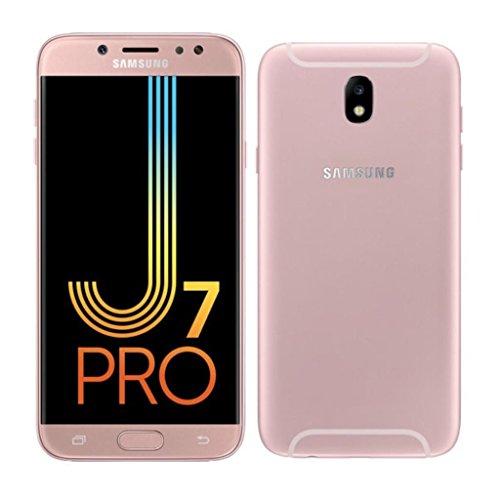 The Samsung Galaxy J7 Pro is a mid-range handset with a bunch of high-end features on board. The device packs the company’s proprietary Super AMOLED display, making it one of the few mid-rangers out there to have the honor. It’s also dual-SIM compatible, making it ideal for customers who have more than one contact number. Dual SIM phones are handy if you have a work and a private number. Talking about the hardware specifications, the Galaxy J7 Pro comes with a 5.5-inch Full HD display panel, the octa-core Exynos 7870 processor, 3GB of RAM, 32GB of expandable storage, a 13-megapixel f/1.7 rear camera, a 13-megapixel f/1.9 front camera, Android 7.0 Nougat, and a 3,600 mAh battery.

The phone is quite reasonably priced on Amazon right now. You will only have to shell a lower price than the others mentioned above for the device, which is an excellent price, given what it brings to the table. There’s no warranty, though.

This is yet another attractive mid-ranged offering with an excellent hardware and software combination. It was launched in the second quarter of 2017, which means it doesn’t pack the latest hardware on board, although that’s not mainly a requirement for mid-ranged offerings. The Moto G5 Plus is equipped with a 5.2-inch 1080p display with a splash and dust resistant body, the octa-core Snapdragon 625 SoC, 32GB of expandable storage, 2GB of RAM, a 12-megapixel f/1.7 rear camera, a 5-megapixel front camera, Android 7.0 Nougat, and a 3,000 mAh battery.

As you can see, the Moto G5 Plus is a solid offering with an attractive specs sheet on board. Given that it runs a relatively stock version of Android, Moto has promised an update to Android 8.0 Oreo in the future. However, there’s no telling when the company will flip the switch, so it’s a waiting game for now. The smartphone is available on Amazon right now, which is an excellent price on the device. Since this is an international variant, there’s no warranty on board, which is perhaps the only letdown here.