Given how tech savvy we have become, it has become a big part of our lives to have control over practically every aspect, including our calorie intake using the best calorie counter app android. This is much needed to better evaluate your health and have some say in the way you lead your life. However, it can be close to impossible to manually track all these calories that you consume on a regular basis. This is where some mobile applications come in handy, to help you better evaluate the food you’re taking and also to make a personal diary of sorts, detailing all the calories you’ve consumed over a period of time. Naturally, there are quite a few Calorie Counting Apps for android out there that serve the purpose, so you, as a user will have to be very careful before picking the app that suits your needs the best. This can be quite a tough ask given the sheer quantity of applications that are available out there.

It’s never wise to go with an app simply going by the kind of pictures or descriptions that the developer offers. Sometimes, an app is a lot more than what appears to the eye. This is why we have decided to compile a healthy list of five calorie counting apps to make your lives easier. So be sure to have a closer look at all of them below. 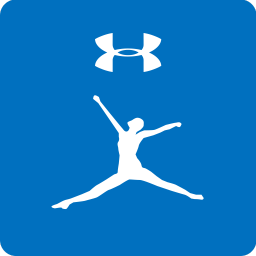 One of the more popular fitness services out there, MyFitnessPal, offers a Calorie Counter app of its own with a flurry of features to attract the calorie conscious. It pairs with a variety of fitness trackers out there, so its compatibility is not limited to the developer’s own hardware. Signing up for the service is free, so you won’t lose anything should you try this out. It also helps that this is one of the most popular calorie tracking apps out there, assuring you of accurate results in the long run.

Naturally, you don’t have to manually add the kind of nutrients you have consumed, and merely entering the food you’ve eaten will automatically calculate everything. This is a common feature with all calorie apps and makes life a whole lot easier for everyone involved. The app also comes with a barcode scanning feature, allowing you to simply record the food you’re consuming without having to type in the details. Of course, the manual option exists too, so there’s no dearth of choices here. The app does a lot to motivate users by helping you set goals. The developers promise guaranteed weight loss if you use the app for at least 7 days and follow the regimen strictly.

It’s a free download, naturally, and the Android version required for the app varies from device to device. You will be joining a list of 50 to 100 million people who have already downloaded and benefited from the app, so be sure to give it a try. 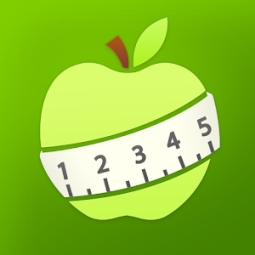 It’s not really surprising, but there are multiple apps out there that carry the “Calorie Counter” moniker. The only way manufacturers can differentiate between their apps is by mentioning the name of their service right after. This particular app comes from MyNetDiary, which is not as popular as the app that we talked about above but will still serve as a viable alternative to the customers. Although many might not have heard of the app, it frequently shows up on Play Store search results, mainly because it has already been downloaded nearly 5 million times by users. The feature set is pretty simple here. You set a weight loss goal, and the app will periodically train you through the process of reaching your goal. The calorie intake needs to be input whenever you consume a meal. This again is standard protocol with any calorie counting app out there.

The American Journal of Preventive Medicine has rated this as the #1 diet app out there, which should speak volumes about the work put in by the devs to make this a successful application. The user reviews are pretty good overall, which should be enough motivation for new customers to try out the app. It comes with a large library of restaurants, foods, stores to help you catalog your items conveniently. If you don’t see the food of your choice on the list, you can simply take a picture of it and the app will tag it accordingly. It also syncs with a variety of fitness wearables using Google Fit. Naturally, the app also helps you track your steps, workouts and everything else pertaining to fitness. This makes it a tough app to beat on the Play Store right now. The best calorie counter app android requires devices with Android 4.0 and up, and can be bought for free from the Play Store. 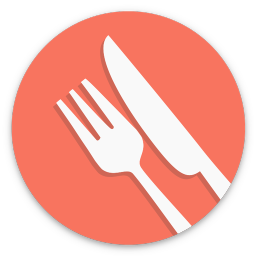 This one comes from one of the best fitness motivators out there, livestrong.com. It comes with a pretty decent set of features on board, as you would expect from any fitness or calorie tracking application out there. The company offers a vast library of food items that you can log as part of your fitness regimen, with over 2 million to choose from. Much like any other fitness app, MyPlate can pair with Google Fit and sync up your runs, steps taken and a whole lot more automatically. You can also set goals for your weight loss or muscle gain program, allowing you to get a comprehensive look at your progress as you go through your workouts and dietary supplements. The app can even scan barcodes and automatically log food items to your diet.

The app also gives you a detailed look of macronutrients to have a granular view of your nutrition on a daily basis. This further guides you in your fitness quest and helps you consume the correct amount of nutrients as required by your body. You can subscribe to LIVESTRONG’s gold membership for some added benefits along with this app, which comes highly recommended by the experts. Calorie counting apps such as these are incredibly popular in the Google Play Store. This particular application has already been downloaded nearly 1 million times, so it’s seen a large number of users as of now. Customers will require devices running Android 4.1 or up to run this Calorie Counting Apps for android. We highly recommend fitness buffs to try out this app right away. 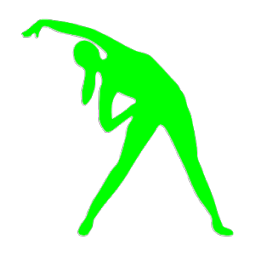 This is a pretty popular app as well and comes with pretty much the same features as the apps we’ve talked about above. However, it comes with a variety of UI animations, which the developer is highlighting on the app listing page. Users can choose the colors of their liking to give it their own unique feel. Of course, the app also offers a variety of features to help you record the calories you’ve taken on a particular day. In addition to being a pretty decent calorie tracker, the app can also track your workouts, which makes it a multi-purpose offering. The app is currently available in four languages, including English, German and Arabic and French, thus making it accessible to a wide range of customers across the globe.

Naturally, the app also tells you about the nutrients you have consumed on a particular day. This is illustrated with a pie chart to give you a brief rundown of carbs, proteins etc that you’ve consumed. The app provides detailed statistics on the fitness goals you have achieved or the calories that you have burnt over a certain period of time, making it a very handy application to own for fitness enthusiasts. Unlike other apps on this list, this one is completely free and doesn’t come with in-app purchases either. The downside here is that the developer monetizes the service using ads. In my experience, the apps didn’t show up at all times and it didn’t come in the way of my usage at all. Keeping this in mind, we suggest this Calorie Counting Apps for android to every fitness/calorie buff out there. The app will work with any devices running Android 4.1 and up. 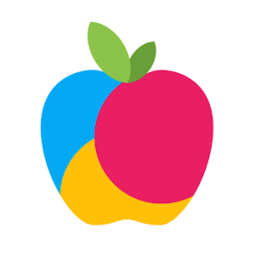 The last app on our list is YAZIO. Not many have heard of this particular application, but it’s still a pretty fascinating app considering the kind of features it brings to the table. In addition to tracking your calories, the app can also keep an eye on the kind of nutrients you’re getting and make suggestions accordingly. The app can even keep track of your blood sugar levels, making it a pretty versatile offering overall. One of the key features of calorie tracking apps is offering motivation to the users to push harder and do more. The same can be said about fitness and workout apps as well. Using YAZIO, users can also keep an eye on the gains they’ve made over a period of time, allowing them to push harder each time. The developer specifies that all data that is gathered on YAZIO is encrypted by default, thus saving you of unnecessary worry with regards to privacy. The app also comes with a home screen widget to motivate you better.

The app has been downloaded by more than three million users so far, which speaks volumes about its popularity across the globe right now. YAZIO also comes with in-app purchases which allow you to unlock some additional features to help you with your goals even better. Overall, one can comfortably say that YAZIO joins the elite list of apps out there that offer the best in terms of functionality and features. It’s a free app to start with, so the users aren’t expected to shell out any money for using some of the basic features of the app. However, if you want to use some of the more advanced features of the app, you might be required to whip out your wallet. The app was updated very recently, which is reassuring for the customers. YAZIO works with a variety of device, although the developer mentions that compatibility varies with device. We highly recommend fitness buffs to try out this Calorie Counting Apps for android from the Play Store right away.