We’ve all seen parties where the DJ or band playing has to haul in a massive sound setup often hours before the party is ready to go. It’s a long process, and then you have sound checks to make sure everything is working properly and you aren’t going to experience a failure during the live show time. It makes for a great evening, but it’s way too complicated for when you’re just trying to get a casual party amped up. For that, a Bluetooth Boombox will be more than enough — you don’t need all that professional equipment to make for a great sounding party.

If you follow along below, we’ll show you the best Bluetooth Boomboxes that will keep your party going well into the night. Here are our favorite options out there. 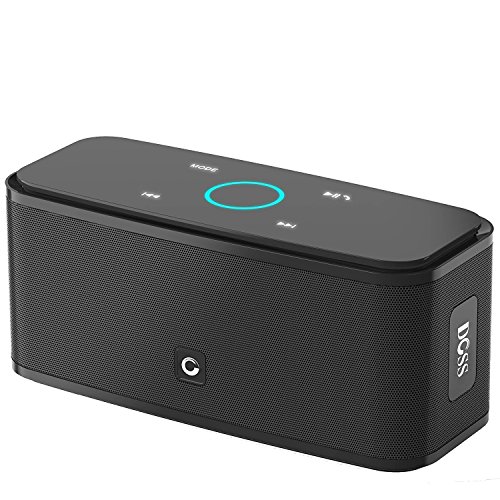 The DOSS Touch is way smaller in size, and it doesn’t have the neat little carrying handle the the G Boom comes with; however, this little speaker can still pack a punch. With Bluetooth 4.0, the DOSS Touch will be able to last a long time on battery — up to 12 hours of constant music playback. This little guy can output up to 12 watts of power, which is some serious sound in such a small, low profile package. Run out of juice? No problem — the included micro USB cable will be able to keep this thing running while the party goes on. 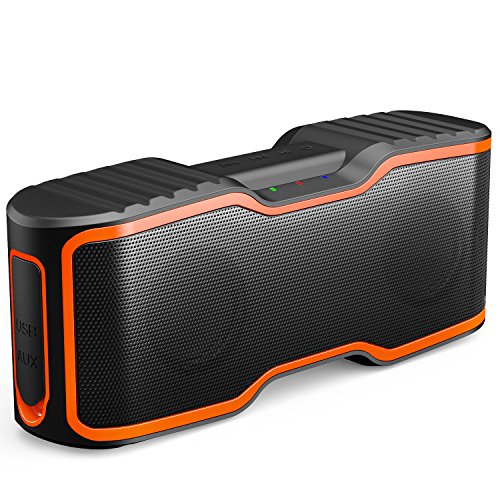 AOMAIS provides a really nice line of Bluetooth boomboxes, starting with the Sport II. This is a portable Bluetooth boombox that can last a long time on battery. One of the neat things about the Sport II is that AOMAIS has functionality in it to pair two together. That means, with two paired together, you can light your party up with up to a whole 40 watts of power behind the beat. That’s a lot for any Bluetooth speaker, and will keep things rumbling well into the night. Sound quality sounds crisp and clear, even at higher volume levels. 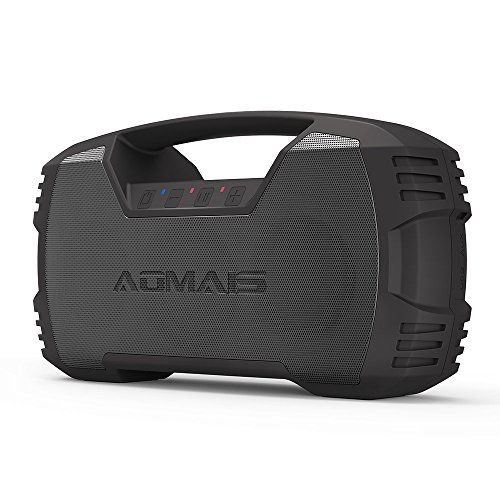 AOMAIS also offers the GO Bluetooth Boombox. If you’re looking for a Boombox, this might be more right up your alley, as it even has the handle to easily carry around. It can produce up to 15 watts of power behind the sound, so you’ll still get great bass across the board. Sound is accurate and reproduced well, but what parties will enjoy most is the battery life. This one has a large 8,800mAh battery that will last up to 30 hours of straight music playback. Pair your phone to this speaker, start the playlist, and this speaker will last without you ever having to touch it. With the battery rating given, it’ll even outlast your smartphone. 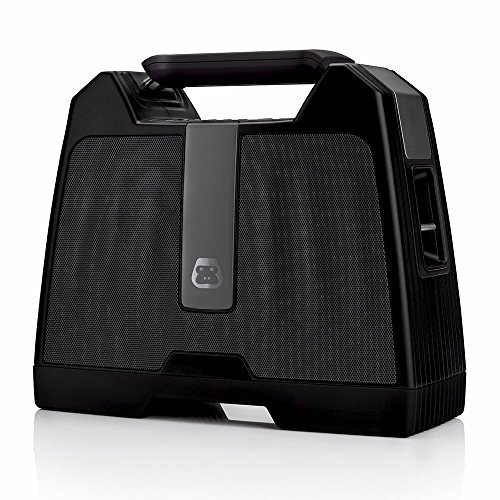 Next on our list, we have the G Boom by the G-Project. This is the perfect portable speaker to keep the party alive well into the night. It comes with a rechargeable battery, so you don’t have to keep any wires powering it. The battery will last for about six hours of constant music playback before needing power itself. You can quickly and easily connect up any Bluetooth device to it to start playing the party’s favorite tunes from Cardi B, Maroon 5, Darude, and many others. You can play music from non-Bluetooth devices with the included 3.5mm auxiliary cable. It also has a really nice rugged housing, which means this thing isn’t going to get toasted when the party starts getting a little out of hand.

Folks will love what’s inside the Photive M90, too. So far, as far as sound quality goes, it’s the best speaker on this list, capable of outputting 20 watts of power. With a built-in passive subwoofer, the Photive M90 will be life of the party. It can last a long time on battery as well, giving a whole 10 hours of straight music playback at full charge. It has some booming bass, so some of those really rockin’ techno and party songs will stand out among your partygoers. It’s waterproof and has a shock absorbing design to keep it safe when things get rowdy.

These are all great Bluetooth Boombox speakers that will bring your party to life. We especially love the AOMAIS GO because of how long it lasts on battery, and the Photive M90 itself isn’t bad because of being able to produce up to 20 watts of power. Which one is your favorite? Let us know in the comments section below.