If you want to upgrade your TV game, then you might want to consider picking up an Android TV Box. Android TV’s work quite similarly to the Apple TV, basically transforming your TV into a Smart TV. They even work with Smart TVs, usually offering a whole lot more software for you to take advantage of. For example, a Smart TV might provide you with typical applications like Netflix and YouTube. Still, an Android TV Box will also bring you most apps from the Google Play Store, even allowing you to play Android games on your TV!

Check Price So, if you want to outfit your home entertainment center with a “smart” upgrade, follow along below, and we’ll show you the 5 best Android TV Box! 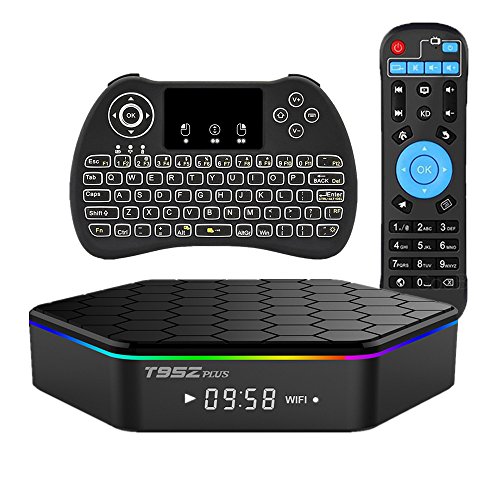 Next, we have the Evanpo Plus. This Android TV Box isn’t geared towards Android games but more towards providing you a flawless entertainment experience. With it, you can watch Netflix, YouTube, Hulu, and many of your other favorite entertainment applications. Since it runs Android, you’ll be able to download almost any app from the Google Play Store. If you download a game, you will need to purchase a controller separately to play it. 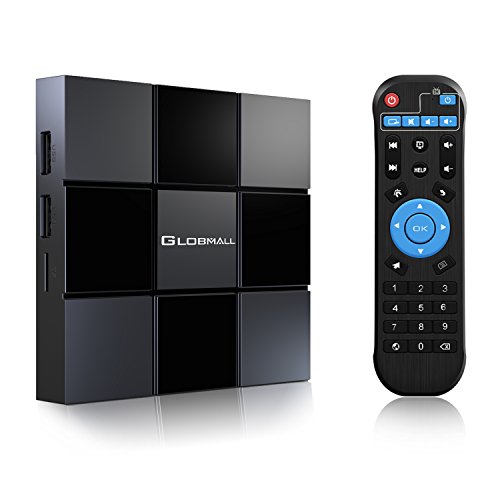 Another Android TV Box that you should consider is the Globmall X3. This Android TV Box might have a strange name, but it’s filled with power. Unlike the Evanpo Plus, the Globmall X3 can your favorite 4K content at a whole 60 frames per second. It’s got some serious processing power behind it to handle the rendering of this type of content, which means you shouldn’t have trouble with playing some of the more demanding games in the Google Play Store, either.

Globall is running Android 7.1, so not the latest version, but it sounds like planned upgrades to Android 8.0 are in the works.

Next up, we have the Amazon Fire TV. If you didn’t know, Amazon’s Fire TV is based on Android, but Amazon puts its own skin and App Store on top of it. So, you still get access to a bunch of Android-related apps from Amazon’s AppStore, but you won’t have direct access to the Google Play Store; although, some say that you can “jailbreak” the Fire TV, which can give you access to that.

Aside from all that, this Fire TV is beautiful in particular because it supports 4K playback. You’ll be able to watch all of your favorite 4K-enabled content with the Fire TV. But, do keep in mind that you’ll need a 4K-capable TV to watch content in that resolution as well. 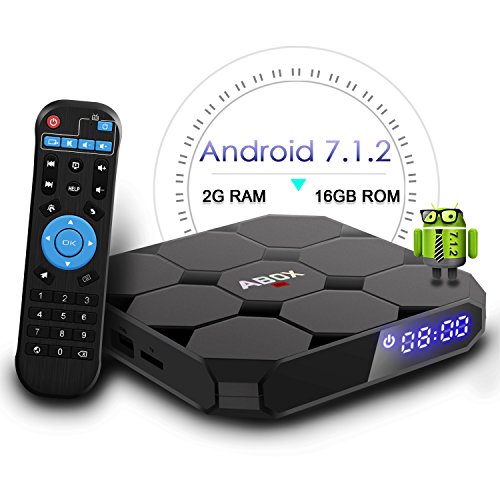 Last but certainly not least on our list is the Goobang Doo. This Android TV Box isn’t capable of 4K playback, but it’ll still play all of your favorite content in the highest resolution possible. It’s got some decent power behind it with a Quad-Core A53 processor and 2GB of RAM, so you should be able to play most apps just fine, including any games you might want to download (the controller isn’t included though). With this Android TV Box, you can play movies, TV shows, and music natively, as it has a port that can support up to a 1TB SSD or Hard Drive. It has 16GB of flash storage built-in, which isn’t much but should be enough for all of your favorite streaming applications from the Google Play Store.

So, which Android TV Box should you pick up? If you’ve got the cash to spend, you cannot go wrong with the high-end NVIDIA SHIELD TV. This Android TV Box will allow you to not only watch 4K content but will be able to play some of the more resource-demanding games in the Google Play Store. If you don’t have that much cash to spend, the Fire TV and Evanpo Plus aren’t bad runner ups either.