Smartwatches have been around for quite some time now. Prominent among these wearables are the ones running Android Wear or Wear OS, Google’s dedicated smartwatch operating system. If you own an Android device, having an Android Wear smartwatch makes a great deal of sense, given the kind of integration it offers.

You will find that most Android apps have a smartwatch version, as well. This means that in addition to just getting notifications, you can also use them as standalone apps from your wrist. So which are some of the best Android Wear smartwatches out there? Well, there are plenty. But there are five that pops out for us, and we’re going to talk about them. So here’s our pick. 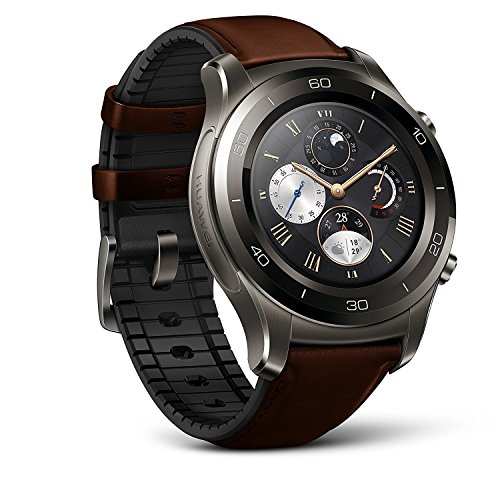 Huawei is one of the most popular smartphone manufacturers today, given the kind of smartphones the company is producing. However, it also has a premium Android Wear smartwatch, known simply as the Huawei Watch. The second iteration of the watch launched last year and has been somewhat popular in the marketplace. This version doesn’t come with cellular support, however, so Bluetooth and Wi-Fi are the only two ways to access data on this device.

But that’s not mainly a problem given the kind of features it offers otherwise. The Huawei Watch 2 comes with a built-in GPS and a continuous heart-rate monitor, allowing you to get a leg up on your fitness regime. The Workout Coach within the device gives you access to data like recovery time and Vo2 Max. There’s NFC by default here, which can be used for wireless payments (Google Pay). You can also store music on the device to enjoy music without your phone. Taking these things into account, the Huawei Watch 2 is undoubtedly one of the top Android smartwatches you can buy.

It is currently selling on Amazon, and is available in multiple combinations, with some band variants selling for cheaper. 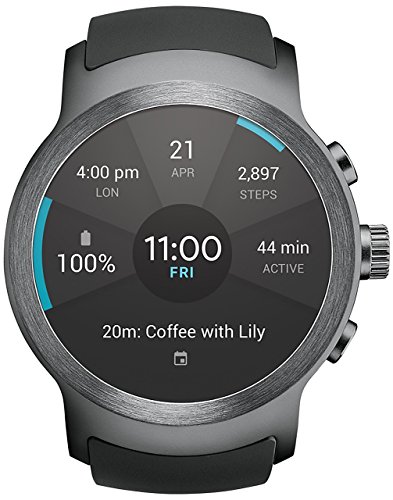 The LG Watch Sport might not have excited everyone initially, but it is, without a doubt, one of the best smartwatches available in the market right now. It comes with a rotating side button, allowing you to navigate the UI within the device. This is a feature that’s lacking on offerings like the Huawei Watch 2, giving the Watch Sport a significant advantage.

The Watch Sport comes with an IP68 certified body, making it suitable to be worn even while swimming shallow waters. It features an AMOLED display, which keeps it bright and readable throughout the day. This also translates to lower battery consumption overall, which is always a good thing. That’s not all as the Watch Sport also comes with LTE support out of the box, allowing you to use it without a smartphone. This can be extremely useful while navigating or going on a jog, as it can sync with fitness app servers automatically.

The LG Watch Sport can now be snatched up on Amazon. This particular version is compatible with AT&T and T-Mobile’s networks. 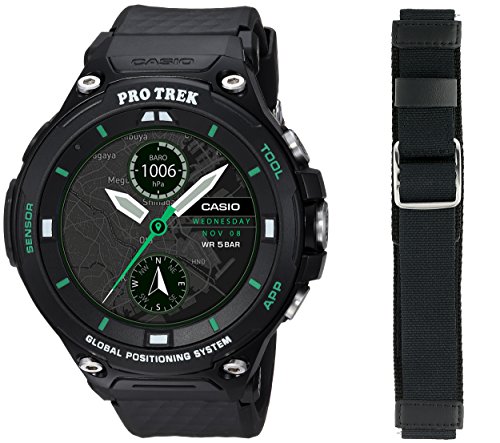 This is one of the lesser-known Wear OS smartwatches out there, given that it’s slightly expensive compared to the other offerings. The Casio Protrek WSD-F20X comes with a built-in GPS and is designed for the outdoorsy users. It is water-resistant up to 50m, although the company recommends not to deep dive or snorkel with the device. What’s interesting about the watch is that it mimics a conventional timepiece and even comes with quartz movement, making it ideal for those who prefer older watches.

The Protrek also comes with a digital compass, altimeter, barometer, and a dedicated microphone. This allows you to speak directly on the watch without requiring to use your phone. It doesn’t come with a heart-rate sensor, though, which is a tad disappointing for an offering like this.

If there’s one caveat I found here, it’s with regards to the display. If you’re aware of the Moto 360, well, the screen used here is pretty similar. This minor niggle, however, can be neglected given the kind of features the Protrek is packing under the hood. At the current price, it’s one of the expensive watches on this list. The seller on Amazon is offering an interchangeable band along with the wearable, which is a nice little bonus for the buyers. 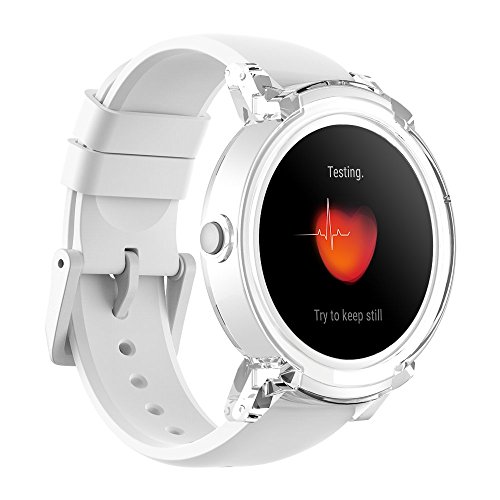 If you’re looking for a smartwatch with a genuinely circular display and a great set of features for a fraction of the price, the Ticwatch E is the answer. It comes with a heart-rate sensor, GPS, as well as a water/dust resistance (IP67), making it a complete wearable. Its design is also something that deserves special praise as it doesn’t look like a device that pretty reasonably priced.

It can also store music natively, allowing you to play your tunes without a phone. You will require Bluetooth headphones for this, however. It won’t please everyone with its design, but if you’re looking for a genuinely affordable Android Wear smartwatch with a great set of features, we’d be hard-pressed not to recommend this. The Ticwatch E can be bought for a song on Amazon. 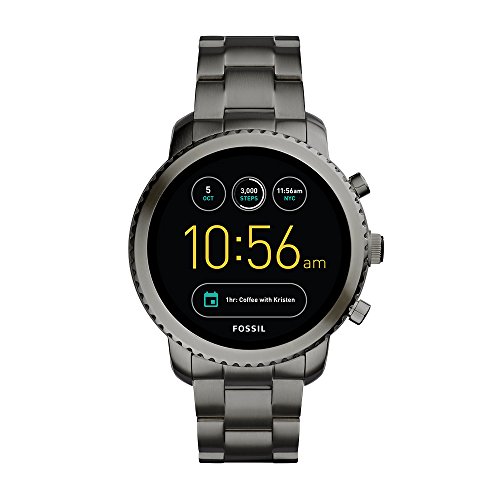 Fossil is yet another manufacturer that has actively pursued the production of Wear OS-based smartwatches. The third-gen Q Explorist comes with a fully circular display, which makes for a beautiful smartwatch experience. It works as an activity tracker, although there’s no heart-rate sensor on board here. The Q Explorist pairs to your smartphone using Bluetooth and Wi-Fi, so there are multiple options to pair it with your phone. There’s a built-in speaker, too, which can be handy at times.

While it lacks in some areas compared to other wearables mentioned on this list, the design alone wins points for us. It can be bought on Amazon, making it one of the cheapest wearables out there along with the Ticwatch E.