With its fast charging feature, the #Samsung Galaxy S7 (#GalaxyS7) is expected to fully-charge its battery quicker than usual that’s why many owners are complaining about slow charging issues when they notice the phone is charging at a normal pace.

By default, the fast charging feature is enabled on the phone but users can actually disable both wired and wireless fast charging options. But we received reports that some owners encountered issues like the phone isn’t fast charging while others said theirs are simply slow charging. Let’s try to take a look at this issue a little deeper to shed some light on the questions that’s in the minds of the owners. 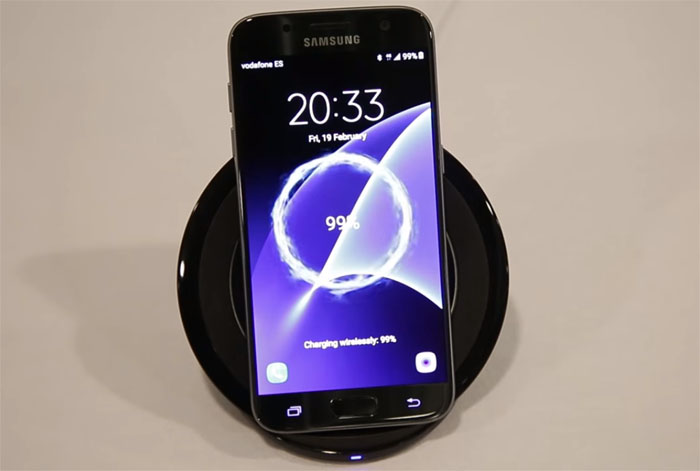 Before going any further, here are a couple of problems we received from our readers that best explain the slow charging issue with the Galaxy S7:

“My phone just takes too long to charge and I know it as a fact because the first few days I could fully-charge it in less than an hour. Now, it takes 3 to 4 hours of being plugged in before it reaches 90%. Did I get a bad unit or the battery needs replacement already? It is the new Galaxy S7, which I purchased brand new. Can you guys provide me some instructions on how to fix this? Thanks.”

“My Galaxy S7 isn’t fast charging and it worries me. I tried using the charger with a cord and I also tried the wireless but it’s not fast charging like it was before. Did I do something wrong? Is it a problem with the phone? Tried researching online and there are a lot of owners that also experience this problem so I’m kinda worried about it. Can you guys please help me.”

If you have other issues with your phone, visit our troubleshooting page and find problems that are similar to yours. You may use the solutions we provided. If they don’t work or if you need further assistance, do not hesitate to contact us by completing this questionnaire.

There are problems we cannot fix on our own. The purpose of this troubleshooting guide is to determine whether the issue with your phone is minor and can be fixed by doing the basic troubleshooting procedures. Let’s try to rule out one possibility after another until we can square out what the problem is.

Step 1: Find out if your apps have something to do with the slow charging issue

There are two general categories for apps, pre-installed and third-party. Any of these apps can cause issues like this and while we can’t pinpoint immediately which one is the culprit or if they have something to do with it, we need to isolate the problem.

There have been a lot of reports suggesting apps cause slow charging problems because the more apps running in the background, the faster the battery drains. In this case, the apps drain the battery quicker than the phone can take in so even if you plug in the device, it will still take forever to fully-charge its battery.

Going back to isolating the problem, you need to boot your Galaxy S7 in safe mode:

You may have read something about viewing the Recent Apps screen and close all apps out. The procedure above does the same trick in one go, in fact, it temporarily disables all third-party apps leaving pre-installed ones running.

If the problem was caused by some third-party apps, then the device should charge (even fast-charge) properly in safe mode. So, while the device is in this state, plug it in to charge and see how fast it can replenish its battery. Since there are only a handful of apps running, there should be a noticeable difference in charging time.

However, if the charging is still slow, then at least one possibility has been ruled out. So, continue your troubleshooting.

Step 2: Turn off your phone and plug it in to charge

If the problem was just an app or two or a firmware glitch, the phone should be able to charge normally when it’s off. It may even fast-charge considering the screen is off and that there’s a little chance the device will heat up.

In case the Galaxy S7 still charges slowly when it’s turned off, not charging at all or heats up while it’s plugged in, it’s most likely a hardware problem and as early as now, you should consult a technician immediately or you can bring the phone back to the store especially if it’s still a few days old so it can be replaced.

On the other hand, if your phone just charges fine when switched off, then it must be just a firmware issue and there’s a couple of things you can do or try to fix the problem. Proceed to the next step.

Others would suggest doing the system dump but I think this procedure can fix the problem especially if it occurred just recently and without apparent reason.

There have been reports of slow charging issues that were caused by minor or major firmware updates, unsuccessful app updates, and corruption of certain system caches.

Wiping all the contents of the cache partition is the best thing you can do at this stage, so follow these step:

After wiping off the cache partition, plug your phone again and see if it charges fine this time. If not, there’s another procedure you should try below.

Step 4: Bring the phone back to its factory default settings and try charging it again

In other words, reset the phone. You don’t have much of an option right now and considering the problem just occurred without apparent reason, there’s a chance something must have gone wrong with some of the data. You’ve already cleared the system cache, so this time, try deleting all the data but of course, make sure you backup your important files, music, videos, photos. If you have a microSD card, transfer them in and remove the SD card. Then, remove your Google account and disable the screen lock so as not to trip the anti-theft feature and then follow these steps:

This is the last resort and it’s expected that a problem like yours will be fixed by doing this procedure, if not, then it’s time to visit a technician or return the phone.