There are a lot of great  older generation Android smartphones that you can get for a discounted amount right now. One of these models, the #Samsung #Galaxy #S6, is a former flagship device making it stand out among the crowd. Although it has already been two years since its initial release this model can still perform quite well owing to its hardware architecture as well as its timely updates. A lot of people are using this device as their primary daily driver without experiencing any issues although there are instances when certain problems can occur which we will be addressing today. In this latest installment of our troubleshooting series we will tackle the Galaxy S6 randomly turns off issue & other related problems.

Problem: My phone kept turning off out of nowhere I took it in to get it fixed they said it was the battery. Once I got it back it worked fine for a month and issue re occurred.. he said it might be something wrong with the phone like program. When I charge it or leave it in the charger it works other than that it shuts off.

Solution: What you should do first in this case is to check if some app you installed is causing the problem. To do this start the phone in Safe Mode then check if the issue occurs. If it doesn’t then the problem is most likely caused by an app you downloaded. Find out what app this is and uninstall it.

In case the issue still occurs even in Safe Mode then the next step is to check if a system software glitch is causing the problem. You will need to do a factory reset. Make sure to backup your phone data before doing the reset.

If the above steps fails to fix the problem then this might already be caused by a faulty battery. If this is the case then I recommend that you have this checked at a service center.

S6 Not Charging Not Turning On

Problem: I won a brand new Samsung Galaxy S6 32GB phone from a Samsung contest back in 2015 and was able to turn the phone on & off at the time. It has been in the box since (I moved and it got misplaced amongst the boxes we shipped). Anyways, I tried to plug it into a charger, but it would not charge. It has been in a case w/a tempered glass screen protector on and does not appear to have any physical damage (& definitely no chance of water damage). I’ve tried multiple chargers (cables and outlets), but phone still shows no charging symbol or will respond. Any advice or troubleshooting tips for this situation?

Solution: If the phone has not been used for a long time then chances are the battery has been fully drained. What you will want to do in this case is to connect the phone to a working charger and let it charge for at least an hour. In case the phone does not change or turn on then the battery might already be faulty. If this is the case then you should bring the phone to a service center and have it checked.

Problem: Hi guys! I own the samsung galaxy s6 and since about a week I experience the following problem. When I plug the charger in the screen becomes black with a white cross in the corner. This only happens for about a second though. After that the screen works normally again. The issue really lies with that after the screen appears the charging stops and it won’t work until I boot the system up for another go. But then again, the black screen. I have tried clearing the cache, checked if it could have been one of the apps, and even factory resetting the phone but nothing seems to help completely. Eventually i do get it charged but with extreme difficulties only to be faced with the same problem the next day. The temporarily fixing of the problem also differs each time so I can’t use the same solution every time. Is there any way this is fixable? So much thank for reading and helping me!

Solution: What you will want to do in this case is to first clean the charging port of the phone using a can of compressed air. Make sure that any dirt or debris stuck in this port is removed. Once this is done try charging the phone using a different charging cord and wall charger.

If the problem remains then you will need to bring the phone to a service center and have it checked.

S6 Screen Not Turning On After Getting Wet

Problem: My phone fell into a toilet once before and survived, but the Wi-FI and Bluetooth would not connect. Now, months later, it met the same fate and fell into a toilet. This time, the screen will not turn on at all, although the phone is on and working. Sometimes I get a slight flicker of a screen, but it remains black. What should I do?

Solution: Since the phone got wet what you will want to do is to make sure that it is free from any moisture. Place the phone in a bag of rice for at least 48 hours. The rice will absorb the moisture inside the phone. Once this is done try turning on the phone. If the same issue still occurs then your phone has most likely suffered from water damage. You will need to bring the phone to a service center and have it checked.

Problem: My Samsung Galaxy S6 fell into a sink with running water. I took it out and turned it off immediately, and dried it as best I could. Afterwards, it appeared to be functioning well, except that the speaker was lower quality. However, since the incident, the phone has not charged. What do I do?

Solution: The best thing that you can do right now is to make sure that the phone is thoroughly dry. Place the phone in a bag of rice for at least 48 hours. Once this is done clean the charging port of the phone using a can of compressed air. Try charging the phone. If it doesn’t charge then try using a different charging cord and wall charger.

Should the above steps fail to fix the problem then you will need to bring the phone to a service center and have it checked.

S6 Only Turns On If Connected To Charger

Problem: My phone does not work when I try to turn it on but when my phone is plugged in it works and it is at 90% but when I unplug my phone from the charge it doesn’t turn on unless its plugged in.

Solution: This is already a hardware related problem most likely caused by a faulty battery or power IC. The best thing that you can do right now is to bring the phone to a service center and have it checked.

S6 Does Not Turn On

Problem: after the last update though metropcs my phone was going a bit slow to process things, however there was no problems other than that. however two days ago, after i had charged my phone, i started playing Marvel Future FIght, and fell asleep with it still on. this is not an uncommon thing however it is a battery hog and as normal when i woke up the phone was dead. however when i went to plug it in, nothing happened.no led light screen lights or anything. i have tried to do the power button and volume up or down and the home key combos but nothing. now the phone still gets warm like its downloading something but it doesn’t show anything. When i put it on the wireless charger the charger shows blue like its charging but nothing on the screen. currently i have let it sit on there for like 30 minute and still no change. the screen does have a minor crack in it but it has never affected it or the ability to use the touch screen. However that wouldn’t affect the lights from coming on would it? Please help!!

Solution: The first thing that you will need to do in this case is to simulate a battery pull. This is done by pressing and holding both power and volume down buttons for at least 10 seconds. Your phone should restart after this. If it doesn’t then you should clean the charging port of the phone using a can of compressed air. Once this is done charge the phone for at least 20 minutes using a different charging cord and wall charger. Check if the phone turns on.

In case the issue persists you will need to bring the phone to a service center and have it checked. 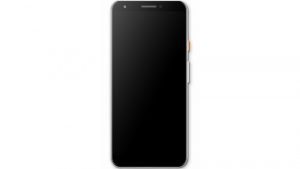 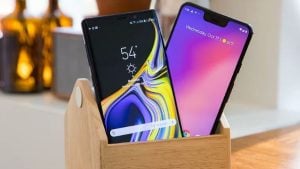 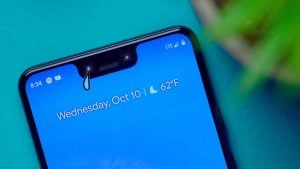 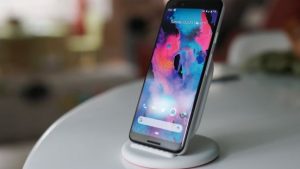 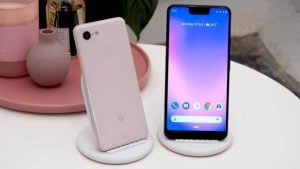 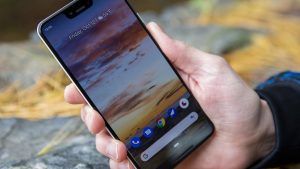 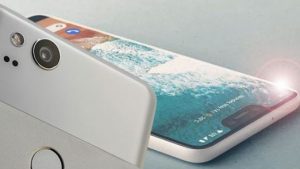 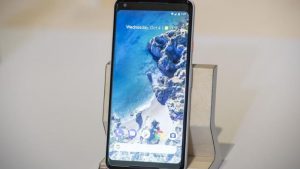 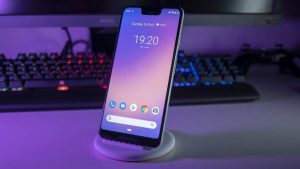 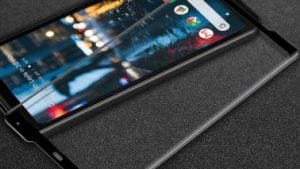