Welcome to another installment of our troubleshooting series where we help our readers who own the #Samsung #Galaxy #S6Edge fix the problems that they are experiencing with their phone. Today we will tackle the Galaxy S6 stuck in boot loop unless connected to charger issue & other related problems. What happens in this case is that the phone will get stuck in the boot logo then restart repeating this cycle unless it is connected to its charger. We will take a look at this particular problem as well as other power related issues that have been sent our way. 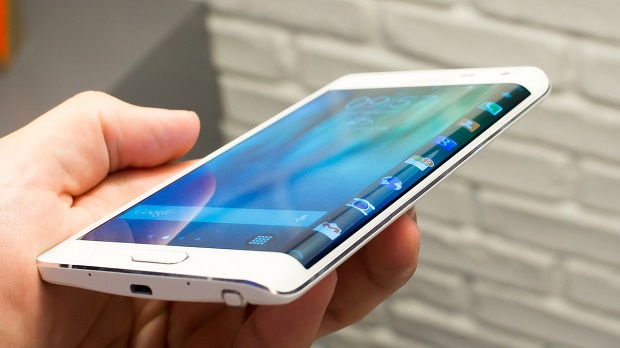 S6 Edge Stuck In Boot Loop Unless Connected To Charger

Problem: Hello guys, So I have a Samsung Galaxy S6 Edge with weird symptoms: – The phone won’t pass the Samsung logo and then it will reload doing the same over and over again. – If I plug my phone to the power outlet it will load and will work just fine, when I unplug it it will turn off. So everything might point to the battery, right? But…. – If I have my phone unplugged and join the Odin recovery Mode it will not turn off no matter the time I have it in Odin (full brightness screen). So if it’s a battery issue why when entering in Odin recovery it can last hours on? Also, I don’t think it’s a software issue because I’ve tried with different OS with different tools (officials & Unofficial). Have anyone faced this issue or what are you thoughts on this? Thank

Solution: Since you have already eliminated the software as a possible cause to this problem then the most likely culprit is a faulty power IC. Several issues similar to this have a defective power IC to blame for the problem. What you will want to do right now is to bring the phone to a service center that’s capable of performing board level repairs then have the power IC and other similar components checked.

S6 Edge Turns Off Randomly Not Turning On

Problem: Hey there droid guy, I was using my Galaxy s6 Edge this morning on the way to work- don’t worry, I was not texting and driving. More specifically, google maps was giving me directions on how to get there (new job). All of a sudden I no longer had directions, or a responsive screen. The screen turned off, and now when I plug it in, the LED light does not show up.  I tried holding the power, volume up, and home button, and was not surprised when nothing happened. Any suggestions? Thanks

Solution: It’s possible that the battery might have been drained when you used it forcing the phone to shut down. What you need to do right now is to clean the charging port of the phone using a can of compressed air making sure that any dirt or debris stuck in this port is removed. Once this is done charge the phone for at least 20 minutes using a charging cord and wall charger that’s tested to work on another device.

In case there is no charging indicator or response from your phone then try simulating a battery pull by pressing and holding both power and volume down buttons for at least 10 seconds. Your phone should restart after this.

If the phone does not start then you need to have this checked at a service center as this could already be a hardware related problem.

Problem: I have a Samsung Galaxy S6 edge, after the Nougat update my phone doesn’t fast charge anymore even though it says it. I’ve been killing the background apps and already cleared the cache but it hasn’t help at all. I also factory reset the phone but still have the same issue. What should I do because I’ve already tried everything I can think of.

Solution: Since you have already performed a factory reset the next thing that you should do is to check if the problem is caused by the charger by following the troubleshooting steps listed below.

If after performing the above steps the problem still persists then you will need to bring the phone to a service center and have it checked.

S6 Edge Will Not Stay Powered Up

Problem: The phone will not stay powered up.  If I plug it in it comes on but will not cycle back to the home screen only the error screen.  I can not enter my passcode to unlock the phone. I’m not sure of the operating system.

Solution: What you will want to do in this case is to start the phone in recovery mode then from here perform a factory reset. Take note that the reset will erase your phone data. If you are unable to access the recovery mode because the phone will turn off then do it while it is connected to its charger.

In case the above step fails to fix the problem then this could already be caused by a hardware component that is failing to work, possibly the battery. If this is the case then you will need to bring the phone to a service center and have it checked.

Problem: i bought a used samsung s6 edge that was custom installed an aurora os. the carrier said sm-g9250 but at the back was written sm-g925p.it had android 6.0.1. i downloaded firmware model no. sm-g925p sprint and verizon both of which have android 7.0 and flashed via odin both of which resulted to a bootloop at starting animation logo. what’ll i do

Solution: Try flashing your phone again but this time use the firmeare file from the Sammobile website which you can get from this link https://www.sammobile.com/firmwares/galaxy-s6-edge/SM-G925P/

In case the phone is still stuck in a boot loop then this could already be a hardware related problem in which case you will need to bring the phone to a service center and have it checked.

S6 Edge Will Not Update

Problem: There is no update in my Samsung Galaxy s6 edge where as my a7 s7 s6 I already install the new software I try it many times but still I face problem kindly resolve my issue and help me to download nougat software

Related Problem: I have the galaxy s6 edge for att on cricket. It’s running 5.0.2 and will not update. When i try to do it through the settings about phone system update it says my phone is currently up to date. I’ve tried updating with wifi with data and using both. It won’t update I don’t known what to do anymore I just wish it would update.

Solution: Before the phone can get the official software updates there are several conditions that it must meet first.

In case the phone meets the conditions listed above and it is still not getting updates then I recommend that you backup your phone data then do a factory reset. After the reset connect the phone to a computer with Smart Switch installed then let this software update your phone.

In case the above step fails to update your phone software the you should consider flashing the updated stock firmware file to your phone using Odin. You can download the firmware file of your phone from the Sammobile website.