Only a few smartphone models are being widely used two years after being released in the market. The #Samsung #Galaxy #S5 is one such model. Released in April 2014, this phone is known to be a very solid model and is the last flagship device of the South Korean giant that sports a removable battery. Although this has been used as a reliable daily driver by a lot of people there are instances when issues can occur which we will be addressing today. In this latest installment of our troubleshooting series we will tackle the Galaxy S5 charging keeps going on and off issue & other related problems. 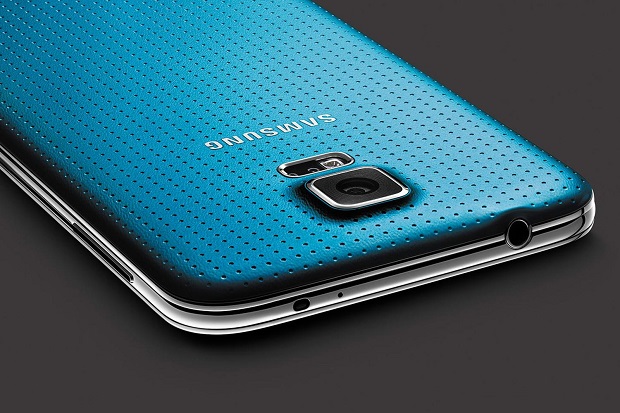 S5 Charging Keeps Going On And Off

Problem: The charging power keeps going off and on , or sometimes it takes a long time before the charging power comes on even when its been plugged for a while. I usually have to keep moving the phone before it starts charging

Solution: There appears to be a loose connection between the charging cord and the charging port which is causing this problem. Listed below are the troubleshooting steps that you need to do for this type of issue. After performing a step immediately check if the issue still occurs. If it does then proceed to the next step.

If the issue still occurs even after performing the steps listed above then this could already be caused by a faulty charging port. I recommend that you have this checked at a service center.

S5 Screen Not Turning On

Problem: Hi, I have a Galaxy s5. recently, after a fall, the screen will not turn on but i can feel texts coming and the quick vibrate one would feel when normally turning off the phone. I was also able to hear the ringtone when receiving a call. while i may have gotten a new phone, a lot of information and media is still on the 5 that i would like to regain. what is the best solution and can i do it myself with the right parts?

Solution: It looks like the screen of your phone has been damaged by the drop. Before replacing the display you should first check if a glitch in the phone software is causing this by starting the phone in recovery mode. The phone is not relying on the main operating system when it is startec in this mode making it easy to check for software problems. If the screen works does not work in this mode then you will have to try to replace the display assembly of your device. I recommend that you bring the phone to a service center and have this done. If however you would like to do this procedure yourself then I suggest you check out the procedure in this link https://www.ifixit.com/Guide/Samsung+Galaxy+S5+Display+Assembly+Replacement/26914

S5 Gets Stuck In Verizon Logo Then Shuts Off

Problem: My daughter’s phone will not turn on. It starts to start on, goes to Verizon page in red and shuts off. There is a blue light in the upper left corner. We have taken the battery out and replaced it with another which does not help. We pushed the power button while the battery was out and then the down volume button We then tried pushing the home, power and up column button until the screen showed the options to reboot system now. We did that and it said it was downloading and an hour later the screen remain the same. Not sure what to do now. Thanks

Solution:  It looks like your phone is stuck in download mode. Take out the battery and microSD card ( if your phone has one installed) then press and hold the power button for at least a minute. After this is done reinsert just the battery then try turning on your phone. If it still gets stuck in the Verizon logo then try connecting your phone to its charger first and let it charge for at least 20 minutes. Restart your phone while it is still connected to its charger. If this doesn’t fix the problem then follow the troubleshooting steps listed below.

If the issue still persists after following the steps listed above then you should bring your phone to a service center and have it checked.

S5 Will Not Turn On After Getting Latest Software Update

Problem: After doing the latest update my Samsung Galaxy S5 shut down and now will no longer turn on. Even with a battery change there is no response from the phone. I did notice while switching the battery with my wife’s phone that it drained the battery immediately. I’ve tried numerous suggestions to get it working but nothing works. It’s basically an expensive paperweight.

Solution: If your phone does not start after getting a software update then you should follow the troubleshooting steps listed below to fix the issue. After performing each step immediately check if the issue still occurs and if it does you should move on to the next step.

If the above steps don’t fix the problem then you should bring your phone to a service center and have it checked.

S5 Will Not Turn On

Problem: Just picked up a Samsung S5  new .. Brought it plug the power cord in ,hour later no light ,no power ,screen is black. tried a soft start , (battery out for one minute) ,nothing . Tried a hard restart the three button start ,no vibration, no light ,nothing ,was working at store ,,phone has been on a charger about hour and 1/2 ,when writing this ,rechecked and still nothing ,,also tried a known working charger Not sure of android version , will not turn on to check

Solution:  The battery of the phone might be defective. Try replacing this with a new one. If the issue persists then you should bring this back to the store where you bought it from and have it replaced.

S5 Restarts On Its Own

Problem: I had a extra battery pack in my phone and when I finally went back to just my normal battery I would set my phone down and it’ll restart and my battery doesn’t last long anymore I charge it at least 3 times a day thought it was just the battery but switched out battery’s and it still restarts everytime I set it down or if it’s in my pocket and It hits something …I have to set it down gently for it not to restart

Solution: This particular issue is usually caused by a glitch in the phone software which is why you should do the following troubleshooting steps below first.

If the issue persists then try getting a new battery. If this fails to fix the problem then you need to bring your phone to a service center and have it checked.

Problem: I just bought another battery for my galaxy s5. Its a samsung battery. But when i put it in the phone, the phone loops thru a reboot. Doesn’t even get to the color samsung screen. I put the old battery in and no problems.

Solution: It’s possible that the new battery you got is faulty. I recommend that you have this replaced.