Headphones are quite an essential commodity for practically every music lover. And given how intertwined music can be with our lives, it always makes sense to get the best components suited for our purpose. We also have to consider what we’re going to use the headphones for. Some users like it for some casual music listening at their leisure, while a bunch of others uses it to motivate them during their runs. And in a scenario like this, it doesn’t make sense to get something on the cheap. Because if there’s one thing we know about the industry, it’s that not everything that’s cheap is good.

Given how crucial jogging/running is for fitness buffs, it makes sense to spend your hard earned money on products that are designed for the purpose. This is where headphones like the Jaybird X3 and the Powerbeats 3 come into the picture. The latter, made by the Apple-owned Beats Electronics, is one of the most popular wireless Bluetooth headphones available in the industry. Since the user is supposed to use these during their workout or runs, they don’t come with any additional wires. As a result, they’re completely wireless, letting you get through your workout without much trouble. The Jaybird X3 is known for its quality, and is also completely wireless, making this a pretty exciting comparison overall. 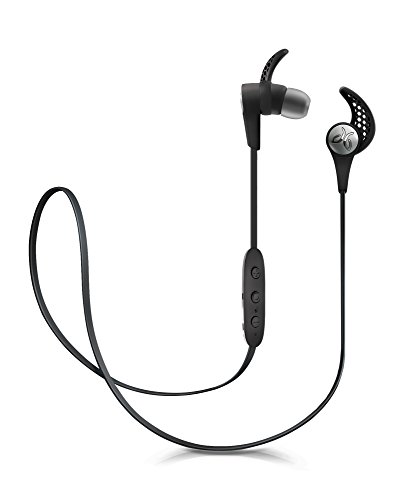 The Jaybird X3 doesn’t need much introduction in this segment, given the sheer number of admirers it has in the industry. The headphones are slightly on the expensive side, as any quality headphones will be. One of my personal favorite features of these particular headphones is that it can pair with up to two devices at a time, which can be very handy if you’re using it for two different purposes at a time. Keeping this in mind, we don’t think any headphones can do much better than the Jaybird X3 when it comes to onboard features. One must realize that headphones have very little scope to differentiate from the competition. This is why we see manufacturers coming up with radical new designs to make their offerings stand out from their rivals. However, no headphones are without their negatives, which we will discuss moving on.

Let’s start with the pros first. The Jaybird X3 is completely sweat proof, which is pretty much a prerequisite among fitness headphones. This means you can run for long intervals, and even if the sweat seeps through the headphones, it will cause the device no harm. This basically lets you use the headphones even through the most intense workouts you have at the gym or elsewhere. Jaybird also offers a free app to accompany the X3, known simply as “MySound”, available from all major app hubs out there. This will give users additional control over their music preferences, with the ability to set their own equalizers even. This level of control makes this a highly desired product for music enthusiasts. The company also promises a long battery life for the product, which is yet to be ascertained by the public, although customer reviews appear to be quite positive. The company mentions the kind of adjustments it has made to ensure that the Jaybird X3 is as small as possible. This goes a long way in enhancing performance for the customers. Naturally, the headphones are quite rugged as well. The fact that the wires of the headphones can be joined using to fit your convenience makes this particular product incredibly versatile. You can use the cable connecting clips to shorten the wires as per your needs.

As for the cons, unfortunately, there is a handful. Users have complained that the silicone tips supplied with the device take some time to get used to. This can be quite an inconvenience for the customers as it could take some time for the users to adjust to the fit and comfort of the Jaybird X3. A word or two has also been spoken about the proprietary charging clip supplied with the headphones. While it’s fine and good if you have the in-box charging accessory to charge up the headphones, if you have misplaced it somehow, then it’s impossible to charge them up. This is quite concerning and the users are encouraged to keep the in-box accessories safely with them at all times. Naturally, as is the case with any set of headphones, the Jaybird X3 too doesn’t fit everyone. So it’s important that the customers test it out carefully before spending their hard-earned money on the product. If you’re looking for a no-frills wireless headphones that will stand the test of time, the Jaybird X3 is the one you need to get.

While you will find varied pricing for the Jaybird X3 online, it is currently selling on Amazon for just about $100. This is an amazing price considering the kind of features it comes with. The Powerbeats enjoys a large fan following since it’s a Beats product, but if you’re going solely by the kind of performance a particular product offers, you really can’t do much better than the Jaybird X3. Considering the fact that it’s much cheaper than the Powerbeats, this is an even more attractive offering for prospective buyers. The headphones are available in Alpha Green, RoadRash Red, Sparta White, and Blackout, thus giving you a variety of options to pick from. 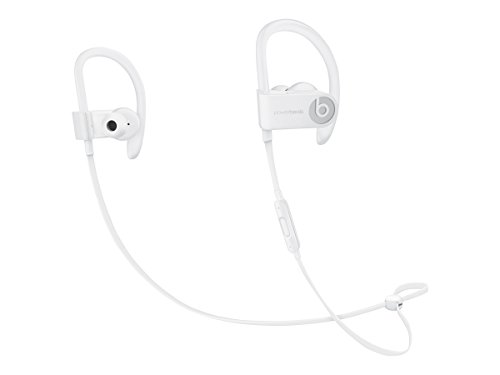 The Powerbeats 3 comes from Beats Electronics, and as the name suggests, it’s the third iteration of the popular Powerbeats series of headphones. While its popularity is never in question, the performance will also have to be closely scrutinized given that it’s up against the Jaybird X3, rated to be one of the best wireless headphones in the $100 segment. When we talk about sports headphones, it’s important to have all the aspects covered. While the Powerbeats 3 succeeds to a great extent, it is found to be lacking in some areas, which we’ll discuss in detail later. The company has marketed this as an upgraded version of the Powerbeats 2, and as such, the headphones come with all the popular features that the market and the fans loved from the Powerbeats 2. The Powerbeats 3 also comes with a built-in W1 processor on board. However, most of the features from this chip is only accessible by iOS users. As far as Android users are concerned, these are pretty amazing headphones and perform exactly as you would expect.

It is mentioned that the Powerbeats 3 comes with a significantly better fit compared to the predecessor, which is always a good thing. Since comfort is one of the first things that users consider when trying out headphones, it’s good to know that Beats has this aspect covered. Even though these are wireless headphones, the chances are that you probably won’t notice that it’s wireless. This is thanks to the superior audio performance offered by the headphones, which basically blows the competition out of water. Although Beats has only made some small changes on the Powerbeats 3 compared to the predecessor, they’re still pretty crucial changes. This tells us that the company is listening to the market. I’m in awe of the Fast Fuel feature which gives the headphones one hour worth of run time with just 5 minutes of charging. The company claims that the headphones can offer an amazing battery life of 12 hours, which has been confirmed by multiple sources. This aspect makes it a hot favorite in the fitness headphones segment. It also comes with four different ear-tips to fit every size. This, however, is common among all headphones, so we can’t necessarily call it a “feature”.

As we have mentioned above, no headphones are without their cons. This is an area where the Powerbeats 3 isn’t exempt either. While there are some significant changes on board, it has to be mentioned that the Powerbeats 3 is more or less identical to the predecessor. So much so that owners of the Powerbeats 2 wouldn’t probably notice too many groundbreaking features on board. Keeping this in mind, it seems like the company was content with only incremental changes, so as to keep a good thing going. We also have to talk about the pricing quoted by the company. While conventional Bluetooth headphones are priced at $100 or so, you will end up spending about $50-100 more for the Powerbeats 3. The same can be said about a plethora of Apple products, and since Beats Electronics is owned by Apple, this isn’t all too surprising.

The Powerbeats 3 can be purchased at various price points. The headphones will set you back by $150 or so from Amazon right now, although we suggest users to keep their eyes peeled for any other deals going around elsewhere. But even if you’re spending $150, the customers can be assured that they’re getting their hands on a quality product like this one. The Powerbeats 3 are available in Black, White, Flash Blue, Shock Yellow, and Siren Red, so you can have your pick of the litter.

As you can see, both headphones have a varying degree of features and attributes that will appeal to a wide range of customers. However, there are a variety of factors to consider when you’re purchasing headphones such as this one. Given that you’re supposed to use it during heavy workouts or runs, the durability is something you will have to consider. While both headphones are sweat proof, they will not be able to handle full immersions, so the users can expect the same durability from both offerings. However, if you want the perfect headphones suited for your every music needs, we personally prefer the Jaybird X3. The ultimate deciding factor here was the pricing. In an industry which is crowded with similar headphones, it helps to differentiate in terms of pricing. While there are multiple offerings in the industry that compete with the Jaybird X3, if we were to simply pick between the two products mentioned on this list here, the Jaybird X3 will make the cut almost every time. But if pricing is not particularly a concern, the Powerbeats 3 is a pretty decent offering as well. It will probably help to try out both headphones before making a final decision on which one to buy for yourself.