The #Honor #8XMax is a mid-range Android smartphone, best known for its large display, which was first released in September 2018. It has a solid build quality and makes use of a 7.12 inch IPS LCD screen having a resolution of 1080 x 2244 pixels. It sports a dual rear camera system and a single 8MP selfie camera on the front. Under the hood, you will find the Snapdragon 636 octa core processor which is paired with 6GB of RAM. Although this is a solid performing device there are instances when certain issues can occur which we will be addressing today. In this latest installment of our troubleshooting series we will tackle the Honor 8X Max Black Screen of Death issue.

If you own an Honor 8X Max or any other Android device for that matter then feel free to contact us using this form. We will be more than happy to assist you with any concerns that you may have with your device. This is a free service we are offering with no strings attached. We however ask that when you do contact us try to be as detailed as possible so that an accurate assessment can be made and the correct solution can be given.

The Black Screen of Death is a term given to a device whose display is not working. A device having this particular issue might still be turned on and getting notifications or it might be off with nothing displayed on the screen. This problem usually happens when you drop the phone or get it wet but it can also be caused by some form of software glitch. If this problem is caused by a faulty hardware component then the best thing to do is to bring the device to a service center and have it repaired. However, if this is caused by a software glitch then the issue can most likely be fixed by following the troubleshooting steps listed below.

Once the phone has sufficient charge you should try turning on the device and check if the Honor 8X Max  Black Screen of Death issue still occurs.

Try to refresh the phone software by doing a soft reset. This will remove any corrupt temporary data in the phone which could be causing this problem.

There are cases when an app you downloaded from the Google Play Store will cause issues on the phone when it is installed. This can be due to bugs in the app or incompatibility issues between the app and your phone. To check if an app you downloaded is causing the problem you will have to start the phone in Safe Mode as only the pre-installed apps are allowed to run in this mode.

In case the above steps fails to fix the Honor 8X Max Black Screen of Death issue then the best way to deal with this right now is to perform a factory reset. Take note that this will erase your phone data. 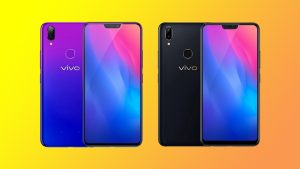