I included several issues in this post focusing on power-related problems encountered by #Samsung #GalaxyS6 owners. In case you are currently suffering from a related issue, try to browse below to see if there’s a solution that would work for you. 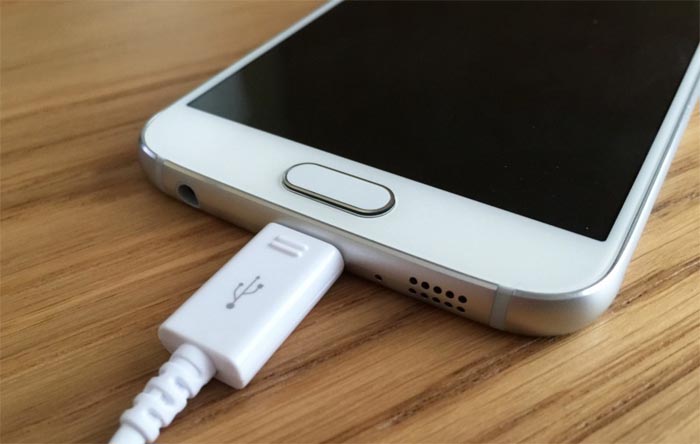 The first problem is about the constant reboot, which may happen to anyone. We’ve seen this problem with other phones and not just in the S6 and more often, the firmware is the cause.

The second issue is about a phone that no longer charges after the owner lost and found it the following day. I suppose all its functions are working fine except charging. Another charging-related issue I included involves a unit that shows it’s fully-charged but its screen won’t turn on.

Read on if you have a Galaxy S6 that has difficulty charging or turning on as one of the solutions may work for you or, at least, you can some of your questions may be answered.

In case you have other issues with your phone, visit the troubleshooting page we setup for this phone as it contains solutions to problems we already addressed. Find a problem related to yours and try the existing solutions. If they won’t work, then contact us and we’re always willing to help.

Problem: Hi, I have been having big issues with my Samsung Galaxy S6 SM-G920F with Android Version 5.1.1:

I have already done a hard reset twice, but it doesn’t seems to be working. Help me please! — BR

Troubleshooting: One way to determine the cause is to observe if the reboots have a pattern or random. Try to be mindful of the apps you use when it restarts. Also take note of the time and their frequency. For instance, if the phone reboots while you are using a specific app, then there’s a chance it’s the culprit as it triggers the problem. Updating or uninstalling it may fix the problem.

If there’s no apparent pattern, try to isolate the problem by booting the phone in safe mode. In there, try to observe if the phone would still reboot or freezes. If the problem was fixed in that state, then one or some of your apps is causing the problem. Otherwise, it’s with the firmware, pre-installed apps or the hardware.

I understand you already tried hard reset twice but try to do it one more time and see if the phone still reboots and freezes even if there are no third-party apps installed.

You may also try to search for an update. If there’s none and the problem occurs with only pre-installed apps and core services running, then it’s time you sent the device for repair or replacement if possible.

Problem: Lost my phone and then it started raining. Found it the next morning in the parking lot. The phone was still on the entire time since I found it by calling it. Phone seem to be working just fine except it no longer charges. It registers that there is a power source connected since it lights up, but never actually charges.

Troubleshooting: It’s possible the phone suffered liquid damage and that’s what causing this problem. Minor liquid damage can easily be fixed by cleaning the phone from the inside and speaking of cleaning, try to check if the charging port is clear of debris and lint. You may also try to use different chargers and if they have the same result, then send the phone in for repair.

Problem: I put my phone on the charger last night. I woke up this morning to check it and the little green light is on saying it is fully charged, but the screen won’t come on. I tried plugging the charger back in, holding the power button, pressing the home button and etc. Can you guys help me out?

Troubleshooting: It might just be a system crash. Try to force reboot the phone by pressing and holding the Volume Down and Power keys together for 20 seconds. This procedure will perform the simulated battery disconnect, which has the same effect as the manual battery pull in older Galaxy devices. If force reboot didn’t work, then visit this post to continue your troubleshooting.

Question: Woman at Verizon said I shouldn’t use the wall chargers I’ve been using on my S4 with my new S6. Is this true? I can’t seem to find a clear answer. I don’t want to fry the phone, but have old S4 chargers everywhere I need to charge up.

Answer: If you were asking if it’s safe to use S4’s charger on Galaxy S6, the answer is yes. There’s no problem using other chargers that comply with the specifications necessary to make the device charge safely. The Verizon lady may have thought why you would use a different charger when your device comes with its own power adapter.

Problem: After short conversation I hang up the phone. In around an hour when picked up again, no keys are functional, screen is black and just the blue indicator flashes.

Troubleshooting: The flashing blue light means you have unread messages or notifications and your phone may have just frozen. At least, the blue light is telling you the phone is fine. Just force reboot it by pressing and holding both the Volume Down and Power keys together for 20 seconds and you’ll be fine.

Issue: I had the same issue with my Galaxy S6 and just kept blinking and it wouldn’t charge so what I did is I let the battery drain completely the bed I tried to charge it and it worked.

Answer: We’re happy you found another way to fix the problem with your phone.

Problem: I was on my phone when it randomly shut off. I thought this was weird because it’s a new phone and when I try to turn it back on nothing happens. I tried to charge it again, which is odd because it was at full battery, but even the LED light doesn’t go on. What should I do?

Troubleshooting: Did the phone suffer liquid damage? If the answer is no then try force restarting it first; press and hold the Volume Down and Power keys together for 20 seconds. If the phone won’t respond with that, try charging it for, at least, 10 minutes and repeat the process. If still no, then send it in for repair or replacement; you may have gotten yourself a “bad” unit.

Problem: One day I have woke up then suddenly, the phone has stopped working (dead screen). I followed all the possible solutions that I have found but no luck such as reset the phone. Please fix this issue.

Suggestion: If you’ve technically done everything to no avail, then it’s time you sent the device in for repair. The problem could range from a minor firmware issue to a serious hardware problem and it all depends how the problem started.

Problem: Unplugged charger after complete charge. Was fine when I unplugged it but when I picked it up a few minutes later it has absolutely no power.

Troubleshooting: Maybe it just turned off, try to turn it back on. If it won’t respond to normal boot up process, press and hold the Volume Down and Power keys for 20 seconds and if still nothing, try to plug it again to charge. If the LED indicator shows red, the phone is still charging; if it’s green, the battery is full; if the LED indicator won’t light up, it’s a hardware issue. Send it in for repair or replacement.

Testimony: The phone turned off and wouldn’t turn back on so I checked out your help page and I got it working again. The page was brilliant. Thanks a lot. — Ian

Answer: No problem, man. We’re glad we were able to help you.