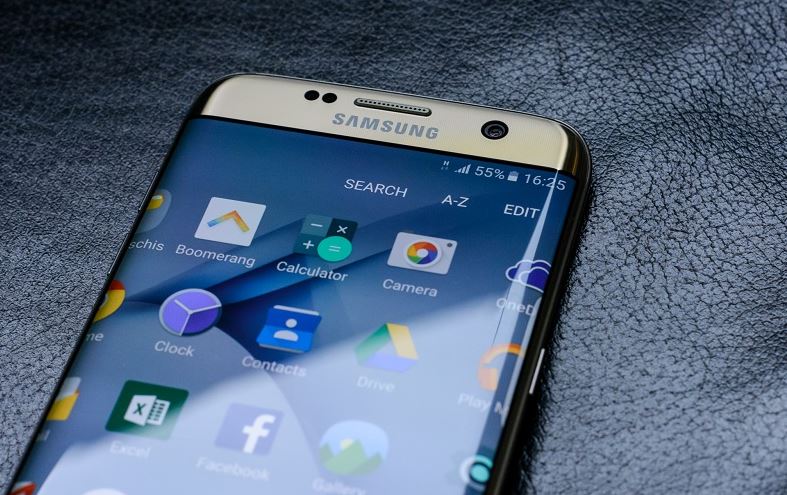 We present to you 5 more #GalaxyS7 issues that we’ve encountered during the past few days. As usual, these issues are taken from questions we receive from our readers all over the world.

Below are the specific topics discussed in this material today:

First off, I should say that I recently got this phone and it is the Duos version. Anyways, I’m having a problem with my Galaxy S7 Edge. The problem first occurred when I pressed and held the power button. the power off menu comes up and I saw more than 3 usual options. But I clicked the option that said “Recovery” and it shut down and booted until the Samsung logo/boot screen and then shuts down by itself. I cannot access the recovery or anything else other than the download mode. If I try to connect with Odin, my S7 Edge will not be detected, which means I can’t flash any stock ROMs or anything. If you please help me with my problem that would be amazing! Thanks guys! — Naman

Solution: Hi Naman. Why would you want to access Recovery mode if you are intent on flashing something? Manual installation of a new ROM requires that you boot the S7 in download mode, not in recovery mode. If your computer’s Odin program can’t detect that the S7 is already in download mode when you connect it via USB, something must be wrong with it. There’s no software fix for phone that doesn’t show in Odin. That it won’t also boot in recovery mode is another evidence that your device does not work properly. Call Samsung and have your S7 replaced.

Alright. Phone has been water damaged, sipping water from a water bottle on a table where the phone laid out. It got two problems.

My plan was getting rid of the multitasking capacitive button. From researching the google it could be done by rooting the telephone and change something with a program so that button wouldn’t be used and unresponsive.

Problem is, its unrecognized through computer so I can’t root it. And the cause of this, I suppose is something similar to why it can’t be charged through the wall and only with the USB cable contacted to a computer.

So I could survive with this phone if I just got it recognizable so I could root it and deactivate the multitasking button so I could skip the spam. Regards. — Robert

Solution: Hi Robert. Your plan won’t work. Fixing a hardware problem with software solutions never works. The main hindrance is obviously the bad USB port on the phone. It’s very likely that water may have found its way into the USB port assembly and shorted some parts of it, causing the issue you’re having right now. Unless the USB port is repaired or replaced, there’s no hope for your plan. The best course of action for you is to have the phone repaired first so it will be cleaned and dried properly first. Only then will you know if further repair or replacement is worth doing. We don’t know the extent of the hardware damage on your phone right now, but water exposure almost always result to more problems in the future.

Problem #3: Galaxy S7 shuts down on its own even with high battery charge

Typically if I left my phone alone for an hour or two, regardless of charging it or not, I would be able to turn the phone back on. This didn’t bother me too much but move forward a few months and the frequency of this problem has increased and the response time has gotten up to entire days. Should I just replace the phone or could this be fixed somehow? Thanks. — Benjamin

Solution: Hi Benjamin. An issue like this can sometimes be caused by a software bug. The phone’s physical battery is simply a dumb cell that stores and discharges power. Charging process and power consumption is managed by your phone’s operating system, which can sometimes be affected if related system files become corrupted. To rectify this, calibrating the battery must be done. Here’s how it’s done:

Hello. My name is Natalie and I have a phone that is not working. It is a Galaxy S7. Yesterday there were multimedia messages sent and after that the phone will not turn back on. While the phone was plugged in it would cycle through the Galaxy start-up screen, vibrate, then turn off. It would do that over and over.

I tried turning it on to Safe mode, and it would get stuck during the start up of that on the colored “Samsung”. I am not familiar with droids, so I have taken advantage of google, but cannot seem to find anything.

Today, I started the phone. It turned on as normal, but the screen says it is roaming and at the bottom says, “currently unable to download. Please try again later.” The phone does not respond to touch nor any buttons. The screen does not time out either.

The phone was bought at a US Cellular store, but was refurbished. I think that is all of the information I have.

One more thing. I have pictures on the phone  I would like to keep them if possible. SO If I HAVE to factory restore is there a way to transfer what is not on my microchip to another form of storage? Thank you for your time!! — Natalie

Solution: Hi Natalie. The answer to your question about photos stored in the phone is no. if the phone turns on but does not respond to any touch commands on the screen, there’s no way for you to select the file transfer mode (MTP) if you connect it to a computer via USB. That means that your photos right now are good as gone.

The best thing that you can do right now is to boot the phone in recovery mode and attempt a factory reset. If the phone remains unresponsive to hardware button combinations, you’re out of luck. Call your carrier or Samsung so it can be repaired or replaced.

Problem #5: Galaxy S7 disconnects Wi-Fi when screen is off

About 90% of the time when I lock my phone, even though it is connected to the wifi at the time, when I unlock it it takes a minute or two to reconnect to the wifi. Meaning I don’t get my notifications and emails unless I unlock my phone and let it connect it to the wifi once more. This never used to happen, and has only started in the last few weeks. In my phone settings it is set to receive notifications even with it is asleep or locked. I’ve tried restarting my phone, but I still have the same issue. I’ve forgotten my wifi network, and reentered the password but I still have the same issue.

I hope this makes sense! Any idea on what’s going on? — Tiffany

Solution: Hi Tiffany. If this issue started happening after updating to Marshmallow, you’re not alone. Google is aware of this issue and it’s been submitted for review since last year. We are not aware though if this has been addressed already, if it’s still considered work in progress.

You can do the same set of software troubleshooting like wiping the cache partition and performing a factory reset.