Hello Android fans! We’re here again to provide solutions to some #GalaxyS6 problems. As customary, these issues are reported by some members of our community. Hopefully you’ll find this a good reference to fix your own issues.

Note: Version may be Nougat. Not sure. Last updated it early June, if that helps. Went hiking on a glacier, took a few small sets of photos, maybe 10 to 15 total, rain was mild.. I had an Otter Box on it. Kept it in my backpack at all times except to take pics. Out of town so I had data turned off to save battery life in case of emergency. Got home, phone was dead. Figured it was just a dead battery. It had issues charging and it had a few water droplets on it so to be safe I took it out of the case and did the phone in the rice bag maneuver.

Next day, it turned on, everything looks normal, buttons all seem to work, but the touch screen is completely unresponsive. (Another couple notes: This is a refurbished phone I got in January, and also I accidentally broke the screen early June and had it replaced at a cell phone repair shop). I figured out how to do the manual shutdown/restart.. tried restarting in safe mode, etc, it doesn’t help the unresponsive touch screen.

Also, even though I shutdown the phone, the battery still drains. Any time I would start it up maybe a day later, I would have to charge it all over again. I had a warranty for the replaced screen so naturally I send it thousands of miles away to them to fix it. (I’m working in rural Alaska on a boat [doesn’t make this any easier, trust me.]). When it arrives there they can’t even get the phone to turn on for a day. Finally they get it on, replace the screen, replace the battery, can’t get the touchscreen to work again and say that the replaced battery will at least keep a charge.

At this point all I really want is the pictures off of it. In the meantime I ordered an “OTG” cable, with the thought of connecting a mouse to it to retrieve my photos, or to mirror my phone on a computer to retrieve the photos. They send it back, still broken. I get it, I plug it in to charge it and it shows the battery and bolt screen and a little logo that indicates to plug it in, but it is plugged in. After a few minutes the area around the camera and the back of the phone get hot. I unplug it. Every time I plug it in now, the screen stays black and that same area gets hot again. What do you think?

From reading the many troubleshooting articles, I think the one that I thought was most similar to my problem said to replace the daughterboard. That also makes the most sense to me, since I know that the battery and screen were replaced, and I would assume that the motherboard was alright judging from how normal the screen looked when I could turn it on. It didn’t look glitchy or anything and all the buttons worked fine. But, this is just my guess. I am in no way someone that is knowledgeable about cell phones, I’ve only owned 3 so far in my lifetime. Thank you so much for your help in advance! I eagerly await your response, It’s been broken for a month now. — Kristin M

Solution: Hi Kristin. The thing with refurbished or repaired electronics is the fact that it can sometimes become difficult for a second technician to diagnose where the problem lies if the first technician messed up the repair. That we can’t physically examine the device makes it doubly hard for us. Based on our own experience fixing smartphones, the symptoms you’re experiencing can be signs of poorly connected parts or defective replacement components. We know it’s difficult for you to keep on sending the phone back to the shop that did the previous repair but it’s really the only effective way to get to the bottom of the issue.

We don’t think you can manage hardware diagnostics and parts replacement yourself (since you chose to send the phone to a service center in the first place) so telling you to try and fix this issue yourself may result in more problems than solutions. While parts replacement can be relatively easy to do as long as you have the tools and basic electronics knowledge, the challenge in repairing a phone with an issue like yours lies in identifying the real cause.

Unlike software troubleshooting, hardware diagnostics is more complicated and may require testing the functionality of a suspected bad part. You don’t want to replace a perfectly good component while leaving a bad one in. Knowing what the real problem is critical. Not being able to pinpoint the problem can lead to more delays and probably more problems, just like what happens to your device at this time. It’s the main reason why there are hardly any guides on how to perform repair. Our blog does not offer hardware diagnostics for this same reason.

Clearly, the technician who handled the previous repair messed up somewhere, probably leaving the original problem unaddressed while replacing other working parts. Since only the shop that fixed the phone knew the previous history of your device (hopefully they kept a record of what exactly transpired during repair), there’s no other place that you can send the phone to. Tapping Samsung’s help is out of the question as they will refuse to even touch the device since it’s been repaired by non-Samsung personnel.

No software troubleshooting can fix your issue

Obviously, there’s no software troubleshooting that you can do on your end to fix the problem either. The black screen issue and other ones you mentioned are only manifestations of something deeper. As long that same hardware malfunction remains unaddressed, you can’t hope to make use of your phone normally again.

As far as copying photos from your phone to another device is concerned, it’s not possible at this time. You need to have a good working touchscreen to allow that to happen. Even if the phone does turn on and a computer can detect it via USB connection, it still needs permission from Android to access the contents. In your S6, the only way to allow that to happen is by unlocking your screen and confirming the request of your PC to access the files. There’s no publicly available software that can be used to bypass Android’s security requirement before access to your files are granted.

Hi.  I am overseas from Ireland where I live and I couldn’t phone landlines in Ireland even though I had a roaming package. I contacted my phone company via their instant message who advised me that they had reset my settings and to restart my phone. When I tried to restart the phone it would restart, the screen went black and I just have a box with the message ‘system UI has stopped.’ I can’t turn off the phone. When I try to restart the phone, the phone tries to restart but just gets as far as the SAMSUNG name which fades in and out. Samsung Galaxy S6. Can you help me? — Lois

Solution: Hi Lois. First you want to check if you can boot the phone back up normally by doing a soft reset. It’s a good way to restart a frozen device. Here’s how it’s done:

If your phone remains stuck in Samsung logo screen after a soft reset attempt, the next logical troubleshooting step is to try and boot the phone to Recovery Mode. In this mode, you can try to wipe the cache partition and/or perform a factory reset. Any of them should get the phone out of its current disposition. We assume of course that you did not tamper with the software by rooting or flashing. If you did root or flash your device, we’re sorry but we can’t help you. You must try instead to remove root software and/or reflash the device to its stock software version.

Below are the steps on how to boot the phone to Recovery Mode:

Having a problem charging my phone. The battery got down to 22% and i went to charge it. When i plugged it in i got nothing. I blew into both the phone and the cable to ensure no ‘fluff’ was around. Still nothing. I have tried another charger but still nothing. For now i have put it onto power saver. I have restarted the phone … nothing. I then plugged it in again, just to try, and it started charging. i checked it later and it has stopped charging at 25% Unplugged it, plugged it in again… nothing. Any ideas? It has been totally fine until now, never had any problems with, battery never been this low before though! — K.stonham

Solution: Hi K.stonham. There’s a chance that the battery may be acting up because the software needs calibration to detect the remain power. To help the system, here’s what you need to do:

If the problem remains after recalibrating the battery, your next option is factory reset. This will let you know if the problem is software-related or not. Since the phone’s software will be returned to their original settings and bug free, it’s a good way to determine afterwards if you need to send the phone in or not.

Remember, if your phone continues to act up after a factory reset, it needs service. Contact Samsung or any relevant party like your carrier for support. 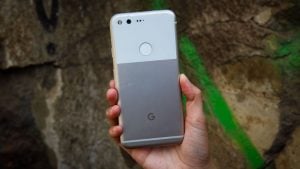 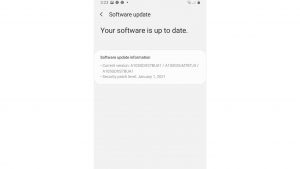 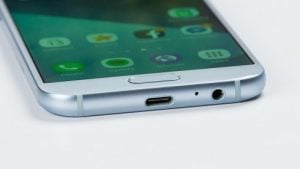