The Ecobee 4 is a relatively new device and is often considered one of the best smart thermostats available in the market. But it’s important to note that there are other smart thermostats out there, like the popular Nest Learning Thermostat. So is it fair to compare the two? Are they competitors, or does one have a significant advantage over the other? We’re going to find out in this comparison today. It’s important to mention right away that the Nest is significantly cheaper than the Ecobee4, although it won’t be a significant factor in our decision making. This is because smart, automated thermostats can save you a lot of money in utility bills over a few months, so a bigger upfront investment isn’t a deciding factor for many. 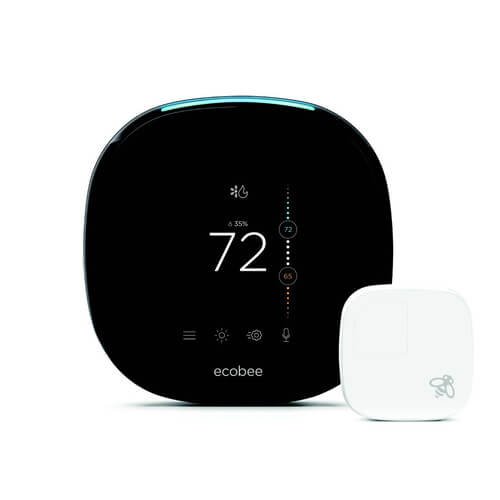 Launched last year as a fourth-gen thermostat by the company, the Ecobee4 is pretty advanced and often considered the gold standard among smart thermostats out there. One thing worth mentioning right off the bat is that the Ecobee4 comes with more smart-home features than the Nest, which is still somewhat behind the eight balls. In terms of design, the Ecobee4 has undergone some changes with an Alexa marker now prominent on the top. For those unaware, the Ecobee4 comes with a built-in Alexa speaker, which puts it at an advantage overall.

The Ecobee4 is better not because of its appearance, but for the kind of devices, it supports. Unlike the Nest, the Ecobee4 is compatible with Apple HomeKit, Amazon Alexa, Google Assistant, Microsoft Cortana, Samsung SmartThings, Wink, IFTTT, etc., thus offering more liberty to the customers out of the box. One feature I particularly like is the presence of Room Sensors (1 provided), allowing the thermostat to accurately judge the required temperature based on metrics like human presence and the temperature.

Setting up the Ecobee4 should take no longer than 30 minutes, according to the company, which is not too long for a smart and comprehensive thermostat like this. If you’re at a loss for guidance, you can use Ecobee’s official app to find videos on setting up the thermostat.

The only evident downside that I can think of is the pricing, although that’s only if we compare it with the Nest. The difference isn’t too big, either. In terms of overall performance, the Ecobee4 is pretty tough to beat. One more disadvantage here is that the Ecobee4 doesn’t have color options, so you have to go with what the company is offering.

The Ecobee4 is available in two combinations via Amazon right now. The standard Ecobee4, is available right now, the Ecobee4 with an Echo Dot will be a little pricier. The latter option makes sense if you already have a larger Echo device in your home. 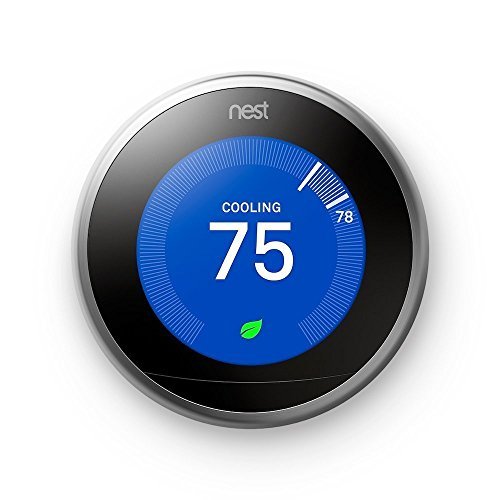 The Nest 3 is the underdog here, and that’s mostly the company’s fault. While rival manufacturers like Ecobee have expanded their lineup and upgraded its thermostats, Nest has been somewhat behind. However, if you’re looking for a no-frills easy to set up the smart thermostat, you can’t do much better than the Nest 3. It is compatible with Google Assistant as well as Amazon Alexa, so it doesn’t matter which popular ecosystem you belong to.

The Nest is small and can blend into your walls perfectly. To make it even easier for the customers, the company offers the Nest Learning Thermostat in four attractive colors, including the likes of Stainless Steel and Black. But one area where it falls behind is with regards to Alexa’s support. One of my favorite features of the Nest is Farsight. This allows users to get a glimpse of the temperature reading or the time from across the room, thanks to a combination of big fonts and a brightly lit up display. The Nest thermostat naturally works with other Nest devices at your disposal, making pairing two or more devices a breeze. It is said that the Nest Thermostat is pretty efficient and can help you save up to 15% on cooling costs and up to 10-12% on heating costs. However, this feature exists in rival thermostats as well, including the Ecobee4, so it’s not mainly an advantage here.

While it can work if you have an existing Amazon Echo or Google Home, it doesn’t have one by default. The Ecobee4, in contrast, comes with its own Alexa speaker, letting it operate independently without requiring another device to pair.

In terms of pricing, you’re not shelling out too much for the Nest with the cheapest option (Stainless Steel). The device is also available in Black, Copper, and White, which is a reasonably attractive price tag.

If you’re looking for one of the best smart thermostats out there, the Ecobee4 is tough to beat. Sure, the Nest Smart Thermostat is somewhat cheaper, but it still doesn’t come close to the Ecobee4 in terms of functionality. The deciding factor could be the presence of Alexa, which is where the Ecobee4 wins hands down.

However, one might argue that Alexa is not a requirement for everyone, especially those who have a Google Home or an alternative home assistant. If you’re one of these customers, the 3rd gen Nest makes a lot of sense. The key differences here are in terms of onboard features. If we judge the two on sheer performance and energy-saving capabilities, the battle is pretty much neck and neck. Given these factors, we think you can’t go wrong with either of these thermostats. But if I were forced to pick one of these, I would go with the Ecobee4 without a doubt.

Which one would you pick?