Keeping your phone charged on the go can sometimes be difficult. We use them quite a bit, and the battery is always draining so fast. Not to even mention that keeping them charged in the car is usually very difficult. The chargers that we can pick up from the local gas station or store just aren’t impressive. They often will just trickle charge your phone, only giving you a couple of percents every hour, hardly enough to keep your phone running the rest of the day. Not only that but sometimes the car chargers are super cheap and either stop working our blow out.

In a lot of cases, the car chargers that we pick up from the store aren’t capable of producing the wattage or amperage needed to meet the iPhone 8’s fast charging capabilities. So, even if you get a quality charger from the store, you’re still going to get that unfortunate trickle charge.

If you stick with us and follow along below, we’ll show you the best car chargers you can get for your iPhone 8. 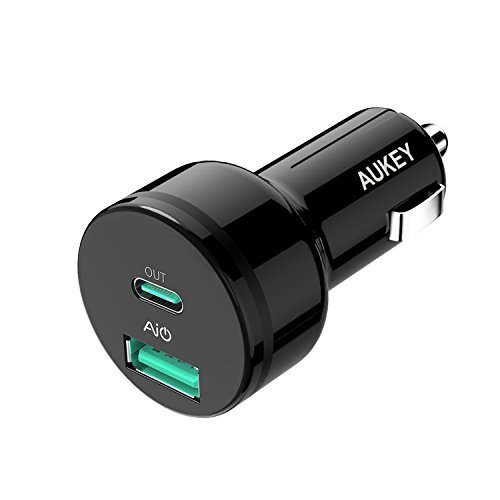 First up, we have the Aukey 36W PD Charger. This charger is capable of fast charging your iPhone 8 without a problem. You’ll get a standard fast charge as you would if you were plugged into a wall outlet, which is pretty rare for a car charger. On top of that, the charger comes with a regular USB-C port built into it for charging any other devices you might have. The USB-A port is reserved for your iPhone 8’s lightning cable. Check it out below! 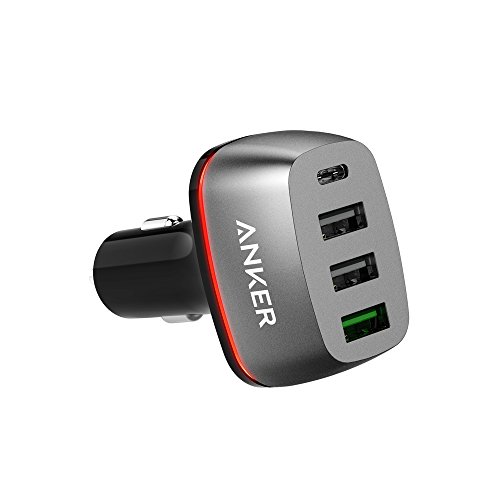 Your iPhone 8 isn’t capable of being charged above 30 watts, to this 54-watt charger might seem a little overkill; however, it’s nice to have because you have four total ports. That said, you’ll be able to charge most devices hooked up to this car charger rather quickly, and all at the same time, too! It has multiple safety features as well — so you’re device will be safe against voltage spikes, overcharging that might occur, and even crazy temperature increases. 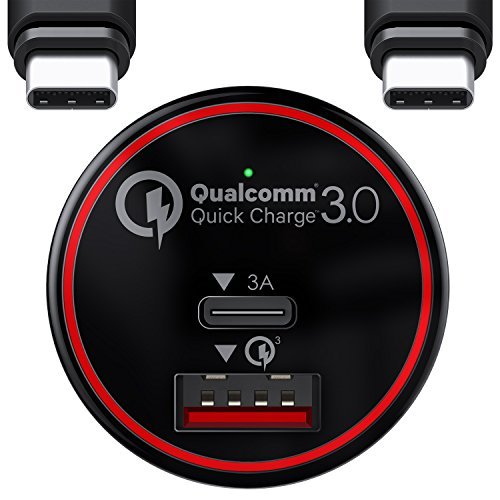 Next up, we have the BC Master. This charger is capable of outputting up to 34.5 watts, meaning you’ll be able to get a fast charger for your iPhone 8 without a problem. It has a super slim design, so it doesn’t take up much space around your cigarette lighter. There are two ports on it — one USB-A port for charging your iPhone 8 up super quick. There’s also a USB-C port for charging anything else you might have, making the charger a little more multi-functional than just for the iPhone 8. 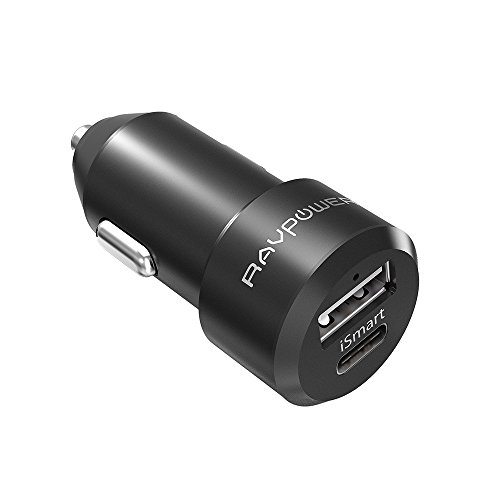 Next, we have the RAVPower Charger. This charger also has two ports, except its USB-A is considered to be a “smart” port. This means that the charger can automatically detect what charging speed your device is capable of, and will automatically adjust its output based on that (i.e., more output for the better device, less output for the less capable device). You’ve got a USB-C port for charging other products, too. The unique thing about this car charger is that RAVPower is backing it by a 30-month warranty, so you know they’re super confident about the quality of their product. Check it out below. 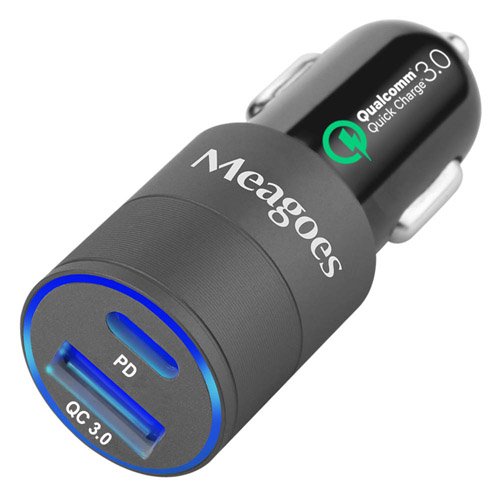 Last up, you might want to consider what Meagoes has to offer with its PD Car Charger. This charger, similar to the RAVPower Charger, has two USB ports — one is a “smart” port that can detect the optimal output for your phone, or in this case, the iPhone 8. It also has a USB-C charger for charging, well, anything else. It’s a low-profile charger, so you won’t have to worry about it taking up way too much console space. It has an LED ring around it to indicate whether it is powered or not, which helps you navigate cords a whole lot better in the dark.

So, which car charger should you get? It ultimately depends on how many devices you want to charge at the same time. All of the chargers on the list are capable of fast charging your iPhone 8, and they’re all quality chargers, so you shouldn’t have to worry about trickle charging or blowing out a charger anymore! The only thing you might want to consider is picking up the PowerDrive+ 4 if you want to charge a handful of devices simultaneously.