When we talk about smartwatches, there are quite a lot of things to consider. The primary concern for users is the form factor, and when there are two or more devices that look the same, the choice becomes even harder. We’re talking about the Amazfit Bip and the Fitbit Versa, both highly capable offerings, but with distinctive similarities, especially in the area of design. This is why we’re going to have a closer look at the two smartwatches to ascertain which one has the advantage in the market. You will be pleased to know that both devices are available for purchase via online retailers, so you don’t have to walk up to a store to pick one of these up.

So without waiting any further, let’s have a closer look at both smartwatches. 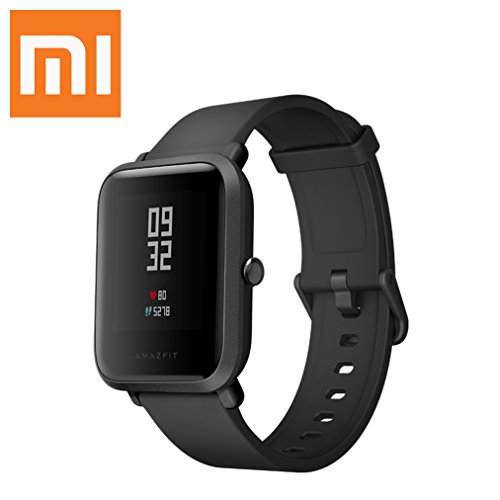 The Amazfit Bip is made by Chinese manufacturer Huami, which is the sole partner of Xiaomi wearables. Despite being sold predominantly in China, the device has also made its way to other parts of the world thanks to online retailers. In terms of features, the Amazfit Bip has a very familiar design, one that might remind you of the Apple Watch, in fact. It weighs 32 grams, which makes it extremely lightweight in terms of wearables. In terms of display quality, the Bip packs a 1.28-inch LCD panel with a resolution of 176 x 176 pixels. The smartwatch also runs on an unknown MediaTek processor, which should do its job effectively.

What’s really impressive about the Bip is the fact that it can last for about 30 days with regular use and up to 45 days with “basic usage”. This feature alone gives it a significant advantage over the Fitbit Versa, although it’s too early in the comparison to tell. The company also made sure to make this a water/dust resistant smartwatch with IP68 certification. You will be able to track your heart rate using the onboard heart rate sensor, which should come in handy during fitness workouts. Although it does support sports tracking, features are limited to activities like running and cycling, which is a bit of a letdown.

The Bip uses Corning Gorilla Glass 3 for the display, which gives it added durability against accidental scratches. It is also important to talk about this device as a notifications assistant, as that’s one of the primary jobs of a smartwatch. App notifications are instant here, and the watch will automatically vibrate when you receive a notification on your smartphone.

With a price tag of around $79.99, the Amazfit Bip is really a force to reckon with in the budget wearables segment. For the kind of features it’s packing, we feel this is pretty much a steal. One caveat here is that there’s no operating system running on board, so the watch might take some getting used to.

Since Fitbit was into fitness tracking wearables, one would say it was a natural evolution of the company to dive into smartwatches. One of its premier smartwatches, the Versa has been around for a while now and is a viable competitor to any smartwatch in the market. The Versa comes with a 1.32-inch display, which gives it a significant size advantage over the Amazfit Bip. The body is made of anodized aluminum, which gives it a premium look and feel.

The smartwatch is well packed in terms of features as well, including all Versa Lite Edition features. It packs a battery life of 4 days plus, so anytime around 96 hours is definitely likely. One of my favorite parts about the Versa is that it is available in multiple color variants, giving you the choice to choose the finish as well as the watch band. Of course, the company also offers S and L sized watch bands along with the product, so you have nothing to worry about with regards to compatibility out of the box. The Versa is water resistant out of the box and can be used to track your swimming sessions as well.

Additionally, the Versa comes with 15+ exercise modes, allowing you to be flexible in your workouts. While getting smartphone notifications is something that almost every smartwatch can do, the Versa can also reply to notifications directly from the wearable. However, this is only possible with an Android smartphone. While the device doesn’t have GPS by default, it can leverage the GPS signals from your smartphone during outdoor running. The Versa works with almost any device that has Bluetooth 4.0. It runs Fitbit’s own operating system, which is definitely more refined then the one we see on the Amazfit Bip.

While Fitbit originally sold this for around $200, the pricing has come down significantly over the past few months. As of now, it’s on sale via Amazon for around $180. This is a pretty good price on a highly capable smartwatch.

As you can see, both smartwatches are pretty amazing in their own right. The Amazfit Bip comes with a super low price tag and smartwatch features that make it an extremely attractive proposition for all. The Fitbit Versa on the other hand is also a brilliant smartwatch with more refined features and arguably the better looking body (and a larger display too).

In a market that is dominated by pricing, we feel Fitbit is way out of touch with the wide range of Chinese OEMs that churn out competitive devices for a fraction of the price. Given that the differential in pricing is about $100, it can be a massive determining factor for a few consumers. But if you simply want the better of the two smartwatches, the Fitbit Versa wins hands down.