Android smartwatches are not exactly scarce in the market today. However, picking the best one can be quite an ask sometimes, especially considering the kind of options there are right now. Keeping this in mind, it makes sense for the customers to get the best wearable meant for their usage.

Even in the Android smartwatch segment, we have to realize that not all wearables are powered by Google’s Android Wear OS. There are some custom OS based smartwatches like the Pebble, which are widely popular as well. We will be discussing a few such smartwatches today.

We won’t talk about the Apple Watch on this list, as we’re only covering smartwatches that are compatible with your Android smartphone. Have a read for a few of our favorite options.

7 Best Cheap Smartwatches in 2020 for Android

Coming up first on our countdown, we have the Fossil Explorist HR. This one is a fourth generation smartwatch, actually offering you the perfect mixture between being stylish, and offering practical features.

First, it comes with all of the features that you would expect an affordable smartwatch of this caliber to have — heart rate tracking, NFC payments, GPS support, smartphone notifications, music storage, customizable watch faces, and so much more.

It’s a fairly nice looking watch, with a face that sits at 45mm in size. The watch face is on the flatter side, and comes with a really nice leather band. That makes this watch a nice one for taking out on the town, or for using at a formal event. And with the bevy of health features inside, it’s an excellent choice for fitness tracking, too.

The TicWatch Pro has a variety of health and fitness features built-in, which allows you to monitor your activity for the day, heart rate, calories burned, and so much more.

This watch allows you to make NFC payments as well, which allows lets you use Google Pay at the checkout terminal.

One of our favorite parts about the TicWatch Pro is that the battery life is so adjustable. With full features activated, you can get a full two days of use on a single charge. However, if you turn on Essential Mode, you can achieve all the way up to 30-days of battery life without ever putting on the charger.

The TicWatch Pro actually has something that they call Auto Switch as well. This automatically switches it to Essential Mode when it’s time, allowing you to achieve 5-days of battery life by using a mixture of Smart Mode and Essential Mode.

The upgraded version of the original Pebble, the Pebble Time comes with a color e-paper display, allowing you to get the best visibility even in broad daylight. The original Pebble came with a conventional black & white display, so the Pebble lineup has come a long way since then. As you would imagine, the Pebble Time is an OS agnostic wearable, meaning that it’s compatible with both Android and iOS smartphones. The smartwatch is water resistant as well, allowing you to use it even when you’re swimming. You might have to be careful, though, as it’s only water resistant by up to 30 meters.

There’s a dedicated Pebble app for your Android smartphone, allowing you to change and even download new watch faces. It can send notifications in a jiffy, and that’s pretty much all you need from a smartwatch. There’s also a built-in microphone on the watch, which lets you record quick audio notes directly from the wearable. 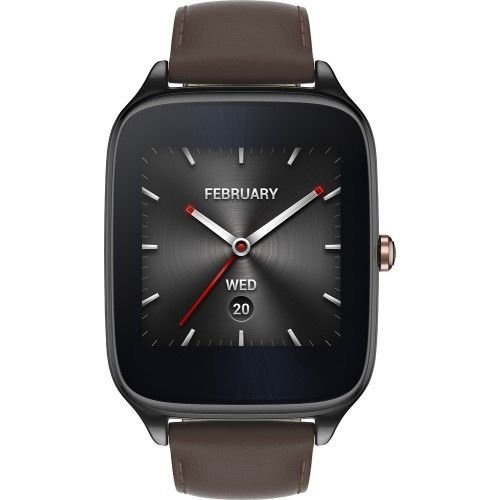 The second-gen smartwatch by ASUS, this one runs on Android Wear and comes with all the features that we saw from Google’s Android Wear operating system. There’s no word on whether the wearable will get the Android Wear 2.0 update, but we don’t see why not given that it has the hardware to support it. But that shouldn’t be on your mind since it’s a fairly good performer already. The ZenWatch 2 comes with a 1.63-inch LCD panel on board, which is pretty large by modern day standards. You can get all your notifications on your wearable, and even make phone calls and type messages using only your voice.

If you’re feeling particularly adventurous, you can try downloading one of those Android Wear keyboards, allowing you to type messages directly from your smartwatch. This is the beauty of the Android platform as it allows users to get the experience that’s suited for them. The ZenWatch 2 comes with Wi-Fi built-in, which means you can connect your smartphone to a Wi-Fi network rather than on Bluetooth. Not only does this help in getting your messages faster, but will also save battery life with Bluetooth turned off. 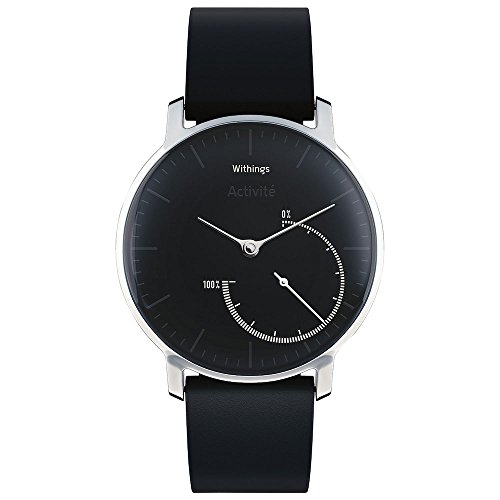 This isn’t merely a smartwatch, as it also helps you track your activity and sleep schedule. In terms of design, this Withings offering comes with a 316L stainless steel case which gives it a premium look. Much like any other smartwatch, it can track your sleep, steps, and calorie intake whenever you need, making it a pretty attractive device overall. Withings is a highly popular brand among fitness buffs and the company has a lot of expertise in this field. That should help you convince yourself of the device’s potential.

It has a circular watchface, giving it a very old school feel. The wearable comes with built-in wake-up vibrations which will wake you up in the morning without much fuss. Naturally, the wearable also comes with a dedicated app, letting you track your fitness data and even make some changes to the functionality of the wearable. You have to remember that this is an activity tracker, so it doesn’t come with comprehensive notifications support. 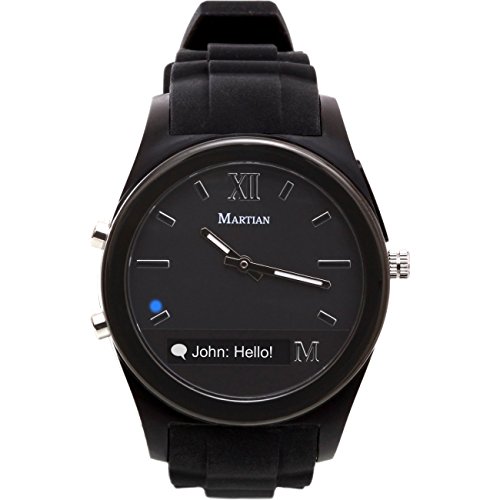 This is a little-known brand, so it probably won’t make a lot of top 5 lists. But we’re making an exception here given the kind of features it offers for a nominal price. The Martian Smartwatch will only set you back by $41.98, which is amazing given the kind of features it offers. The low price tag is also understandable taking the competition into account. In terms of features, the Martian Smartwatch comes with a 1.5-inch OLED display on board, which should ensure decent visibility even during daylight. Not many smartwatches come with OLED displays anymore, which gives you more reason to have a closer look at this particular wearable.

Much like the Pebble, this one too is OS agnostic, suggesting that you will be able to use it with both iPhones and Android smartphones. You will need an Android device running Android 2.3 or higher to use this particular wearable, which covers pretty much every Android device in existence right now. While the Martian doesn’t boast of fancy features that you would see on Android Wear smartwatches, it will still offer notifications and give you practically everything you require from a wearable. Users can customize the vibrations for the wearable as per their convenience, making this a pretty decent offering overall. 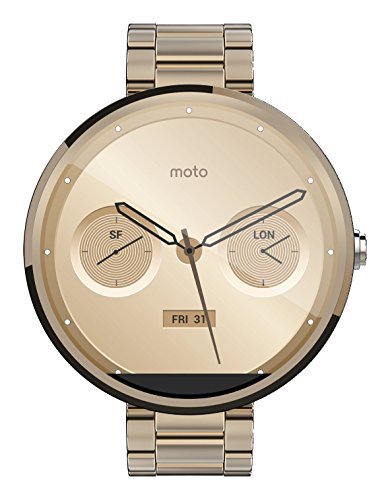 One of the most popular smartwatches a couple of years ago, the Moto 360 is designed to impress. It comes with a flat tire design which isn’t fully circular. This has received some flak from the customers, but for a device that pretty much made smartwatches popular, the Moto 360 is quite the device to own even today. You can get the Moto 360 in a variety of colors right now, which is a bonus for prospective buyers. In terms of compatibility, you will only be able to use this particular smartwatch with Android smartphones. You will need a smartphone that runs Android 4.3 or higher.

Given the slew of fitness features available on board, the Moto 360 can also double as a decent fitness tracker. It comes with Android Wear by default, which means you have the liberty to play around the system a little bit. The Android Wear app lets you download a myriad of custom watch faces made specifically for the wearable.

As you can see, there are plenty of excellent affordable smartwatches out there. You can find smartwatches out there that are even cheaper than these; however, we made sure to only include brands from manufacturers that are reliable and have a good reputation — after all, you don’t want to order a cheap smartwatch, only to use it for a couple of days, and then have it break on you.

If we had to recommend one, we’d choose the Fossil Explorist HR, just because it’s so versatile. It’s a great exercise companion, but also looks excellent while out on the town, too.

What’s your favorite affordable smartwatch? Let us know in the comments section below.