When you have yourself a Samsung Galaxy S9 and you want to protect it as best as you could, you won’t definitely settle for just any kind of case. This is why rugged cases for Samsung’s flagship phone sell well in the market. Aside from offering protection that can be depended on, smartphone cases also aim for ease of installation, comfort, and overall value. But with so many options out there, and we’re talking about hundreds of them, which ones stand among the rest when it comes to durability and ruggedness?

With this list of the 5 best rugged case for Samsung Galaxy S9, we have sought for cases that are not just worthy of your trust, but also of your hard-earned money. After all, your S9 doesn’t come cheap. So should your cellphone case be also. Without further ado, here are the best performers when it comes to drop tests, face drops, and overall body protection. 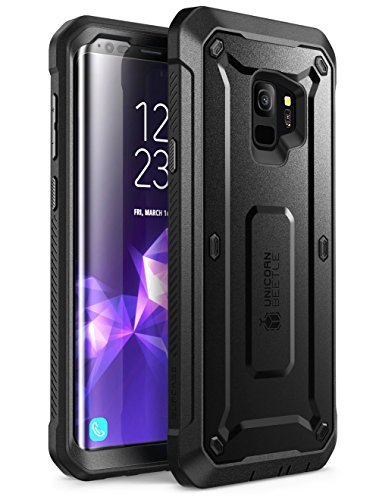 If you have an idea how a unicorn beetle looks like, then you’re assured that SUPCASE has come up with a case that can stand some beating and torture when it comes to drops from all sides and forms. As for the Unicorn Beetle PRO Series, the case is not that bulky but the ruggedness is compensated with dual-layer thermoplastic polyurethane and polycarbonate protection that you can count on. It’s durable, hard rock solid and can tolerate drop damage like nothing. SUPCASE also added ribbed side grips which keeps your phone on hand, no matter what.

Most rugged cases do not have integrated screen protectors because the screen of the Galaxy S9 is curved, and the Unicorn Beetle PRO Series has taken this into consideration. You’re not just getting a case, but you’re also having overall protection from the front, to the sides, and the rear. In fact, your case does not split into two when it falls because the front and back cases are clipped together, and not just snapped together. 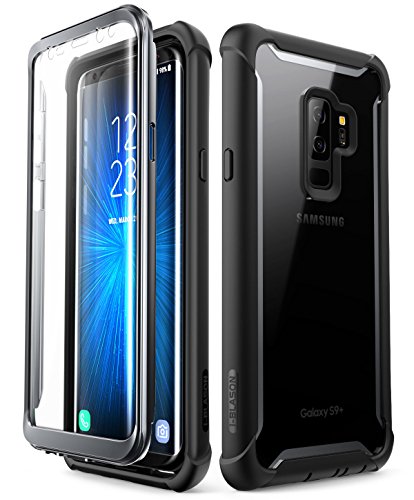 Just like Ares, the Roman god of war, the i-Blason Ares is ready for war when it comes to protecting your phone from drops that can damage your prized possession. The full body case guarantees 360-degree protection with a TPU bumper that wraps your device in its entirety. And it’s not just the sides or the back that has a case, i-Blason also provided a front case for the screen to avoid scratches. Despite of the thickness of the front cover, there is no compromise felt when it comes to touchscreen sensitivity, which is an issue for some casing brands.

The overall design is also clean and has less bulks, making your case friendly to the hands and easily fits in the pocket. It also works well with wireless charging. Even though the weight of the case is lighter than its other competitors, the protection it gives provides is second to none. It’s solid, it’s tough, and it can go places together with your Galaxy S9. 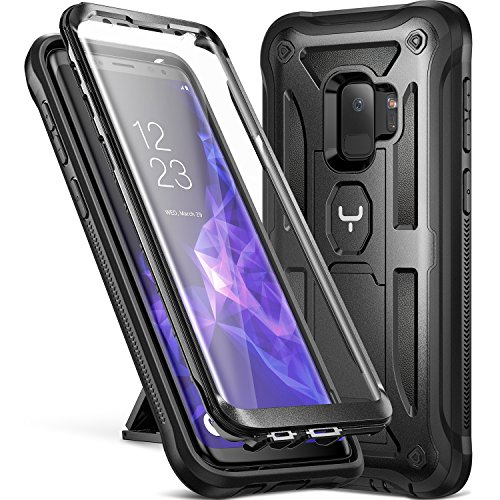 YOUMAKER’s case comes with a kickstand, designed to provide you handsfree viewing, whether horizontal or vertical. The stand is strategically designed to be minimally invasive while being fully functional at the same time, which is amazing considering that the case is rugged as it is. As for the full body protection, expect that your Galaxy S9 would be covered 360 degrees with its front screen protector and it’s dual-layered hard Polycarbonate and Thermoplastic Polyurethane. The front design is well built that even though it seems thick enough to assure a scratch-free screen, the touchscreen response is unprecedented and flawless. Included in the design of the rugged case are raised lips for the screen and the rear camera to avoid surface tension that commonly causes scratches and damage. The sides of the case are also ribbed and slip-free, giving your hands a feel that the phone won’t easily fall off your hands.

Overall, YOUMAKER’s case gives that durable appearance with its thick design. Surprisingly, despite its double-layer layout, the phone with the case feels lightweight, and you would barely feel the case being there. YOUMAKER is so confident in their product that they’re providing a limited lifetime warranty for your purchase of the case. 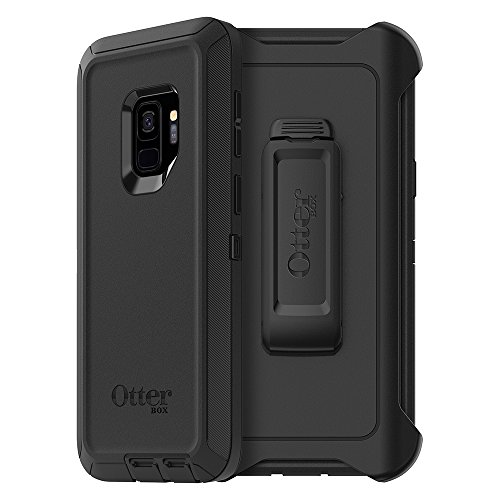 The OtterBox brand has been a staple brand for rugged cases for as long as we could remember, and no less significant to current flagship phones today, including the Samsung Galaxy S9. As for the Defender series, OtterBox has created a screenless version, mainly due to the S9’s curved screen profile, which is normally challenging to protect to begin with. Though they have the Alpha Glass as a separate purchase, the Defender already stands excellent on its own.

However, that setback is actually compensated with raised lips that protect both the screen and the rear camera from touching the surface. Pretty much, as long as there is no direct impact when falling down, the phone is safe and sound. It’s even designed for dust and dirt resistance thanks to its unique port covers for the charger and the earphone. The feel of the case is also unique as the whole material is anti-slip rubber, which gives that feeling that the phone is secure. 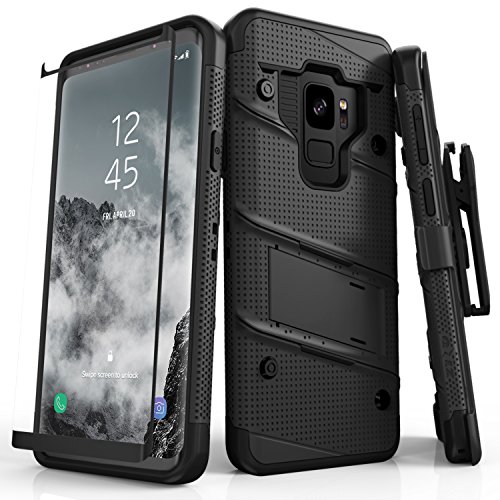 The Zizo Bolt is armed to protect your Galaxy S9 with its certified Military Grade 810.1-G Compliancy, literally tested to withstand various environmental conditions various types of shock. How strong? How about dropping the phone over 20 feet and enduring that kind of impact! So, expect that this is going to be as tough as it gets. It also comes with a free kickstand that’s designed to be almost unobvious yet very functional for hands-free horizontal viewing.

Of all the cases here, this is a rugged case with a more military feel: light, practical, and functional. Buttons have that clicky feel giving that impression of ease when using the volume rocker or the power button. The purchase also comes with a tempered glass, a holster clip, and a lanyard. Zizo also made sure that the Bolt is wireless charging compatible.

Which makes the cut?

All of them are rugged and the protection needed are provided. But when it comes to functionality overall, including the design and the feel, many may find the YOUMAKER an excellent choice. For ruggedness, SUPCASE’s Unicorn Beetle puts up a great fight because of its intuitive design, the TPU/PC duo, and the clip closure design that would endure drops and it would not split into two unlike others.