4K Ultra HD resolution is slowly becoming the new standard that we film in. Our phones are coming with support for 4K recording by default, and many of the most basic cameras even come with 4K ability.

Even though our cameras are coming with this recording ability, it’s important to remember that with 4K resolution, there is a lot more data to process. That means, for the purposes of writing video to a storage device like a microSD card, you’ll need to make sure that it has the data transfer rates to keep up.

So if you follow along with us below, we’ll show you the best microSD cards that are 4K UHD video capture ready. Let’s dive right in. 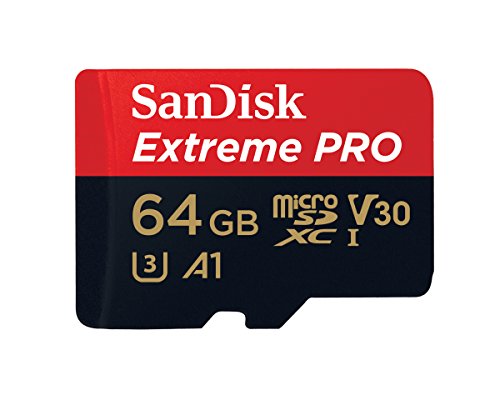 SanDisk has been around for a long, long time, and has tons of industry experience in the camera world. That said, their Extreme Pro V30 memory card will perform excellent for your smartphone or camera.

This particular model comes with 64GB of storage space out of the gate, but there are a variety of models for increasing the storage size as well. Data transfer rates are actually pretty fast, allowing you to mvoe around massive photo libraries and data really quickly. Suffice to say, you cannot go wrong with this card!

SanDisk Extreme Plus U3 card is the perfect choice for smartphones and cameras alike. Just like the name implies implies, this card was designed for extreme conditions — high-heat areas, around water, dirt, and even magnets.

That said, if you ever decide to use this card with, say, a camera in a beach area, the microSD card will have no issue lasting. And with other resistances, this card is even able to withstand accidental spills and other liquids.

There’s plenty of storage space inside for recording in 4K. You don’t have to just use it for videos, as it’ll do a fine job with apps, documents, pictures, and other files, too. Speeds are really good as well — read speeds sit at 95MB per second while write speeds sit at 90MB per second.

One of the cool things about this card is that it comes with software to recover files that you may have accidentally deleted.

Samsung has its hands in a variety of different industries, including storage hardware. That said, this microSD card is an excellent choice for 4K video capture. Designed with the professional in mind, this one will work just fine at the consumer level as well. It actually has a massive 128GB storage capacity, which is ideal for those larger photo and video libraries.

Holding hours upon hours of 4K video on this card is no problem for the Samsung Pro+. Things get really impressive in terms of data transfer rates, with read speeds at 95MB/s and write speeds at 90MB/s.

This one is particular nice, because it’s magnet-proof. It makes it safe to use for your phone when you’re using, say, a magnetic holder. 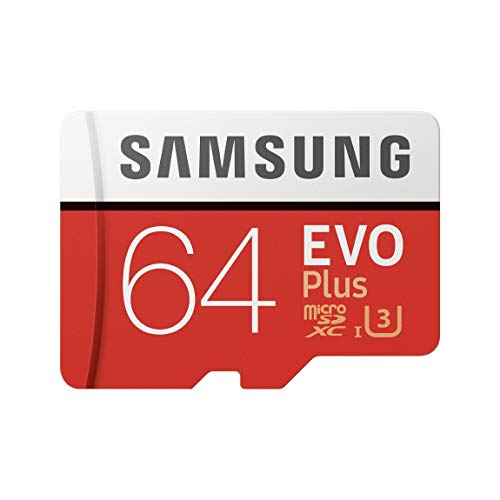 The Evo Select will have no problem handing 4K video either. Designed for consumer use specifically, you don’t get nearly as quick speeds and durability as in the Samsung Pro+, but it’s still a nice card that has no problem with 4K video.

Ultimately, it’s going to accomplish some of the same means as the others, and really isn’t that much different.

You still get a whole 128GB of storage inside, but is designed for consumer-use instead of professional use. That said, you can pack tons of content in this microSD card — Samsung says it can fit almost 12,000 songs or 6 hours of optimized 4K footage.

Since it comes with an SD adapter in the package, you can use this card with cameras that require the full SD card size.

Last up, but certainly not least, the Samsung EVO Plus is an excellent performer, despite coming in as one of Samsung’s budget line cards

Data transfer rates sit on the slow side of the spectrum, but will still work well for your 4K needs — you still get 100MB per second read speeds found in many cards out there, but your write speeds take a massive hit at just 60MB per second.

This setup isn’t the most ideal for the OnePlus 7 Pro, but it at least gives you the ability to offload your photo library, documents, and files onto another storage medium, freeing up space in the OnePlus 7 Pro itself.

That said, these five are some of the best microSD memory cards that money can buy, bringing you the speed and storage space to move large amounts of data around.